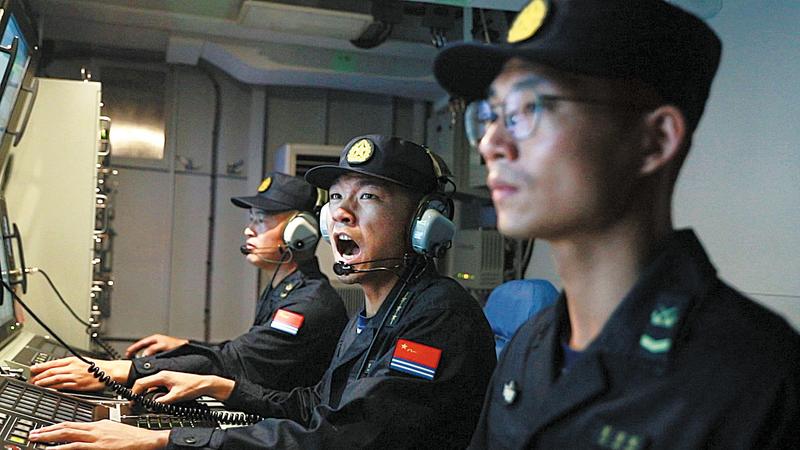 Naval personnel aboard a ship of the People's Liberation Army Eastern Theater Command operate the vessel's main gun during joint combat exercises and training in waters off Taiwan on Saturday. (XU CHEN / XINHUA)

The People's Liberation Army's Eastern Theater Command has continued to carry out combat exercises around Taiwan over the weekend, with a high-ranking expert saying the operations have created a favorable strategic situation for China.

The command said in a news release on Sunday afternoon that the interservice combat drills took place in the air and waters surrounding Taiwan and demonstrated the forces' land, air and sea strike capabilities.

Early-warning and electronic warfare planes, as well as warships, provided support to the combat aircraft.

Long-range artillery rocket and ballistic missile units also took part in the joint assault exercises, according to the command.

After the drills, several bomber fleets flew through the Taiwan Straits in preplanned routes and practiced offensive maneuvers, it said.

The PLA has been conducting a number of live-fire exercises this month in the wake of United States House Speaker Nancy Pelosi's visit to Taiwan.

In the past week, dozens of ballistic missiles and long-range rockets have been fired at targets in areas off Taiwan, while more than 100 aircraft and over 10 destroyers and frigates have taken part in the massive operations, which aimed to punish the collusion between the US and Taiwan. 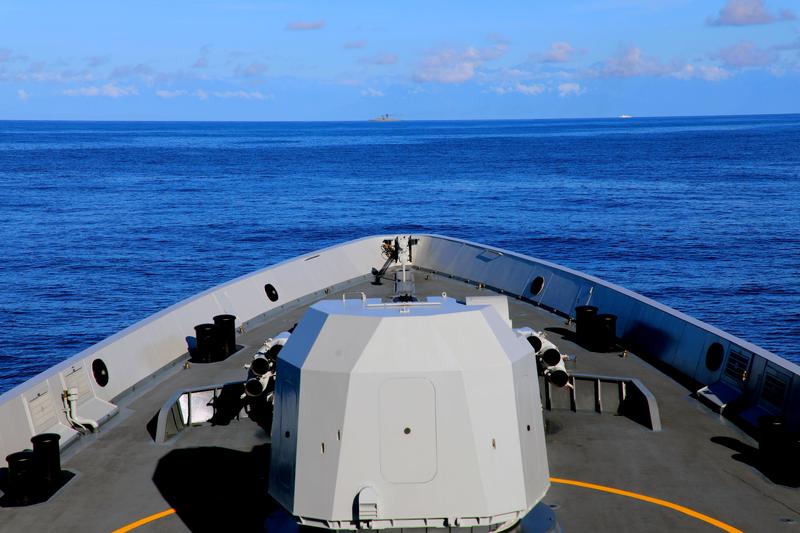 A vessel of the PLA Eastern Theater Command participates in the exercises on Saturday. (LIN JIAN / XINHUA)

Many elite units with outstanding combat records have taken part in the exercises. Some of the PLA's top hardware, such as the J-20 stealth fighter jet and the DF-17 hypersonic ballistic missile, have been used in the actions.

The military actions have also marked the finale of the so-called median line in the Taiwan Straits, though the PLA has never accepted its legitimacy, he said.

"The exercises have displayed to the world the Chinese people's unwavering resolution to safeguard the motherland's sovereignty and territorial integrity and especially showed the PLA's strong power and capability," the researcher said. "They have also verified and honed the combat preparedness of the armed forces and improved their operational abilities in multiple disciplines, including battlefield reconnaissance and the air-sea assault system."

Such actions pave the way for the ultimate reunification of the mainland and Taiwan and create a favorable strategic situation for the goal's realization, according to Meng.

In another development, the Chinese military is scheduled to carry out live-fire exercises in the Yellow Sea from Saturday to Aug 15, according to the Lianyungang Maritime Safety Administration in Jiangsu province.

The administration said in a navigational warning published on Friday on its website that the exercises will take place from 8 am to 6 pm each day.

It released geographical coordinates of the drill zone, asking ships to avoid entering the zone.