Humor by word of mouth

Cross-talk performer in Beijing gives the old Chinese art of mirth-provoking banter a fresh lease of life through his podcast channel, with a section exclusively curated for children, Chen Nan reports. 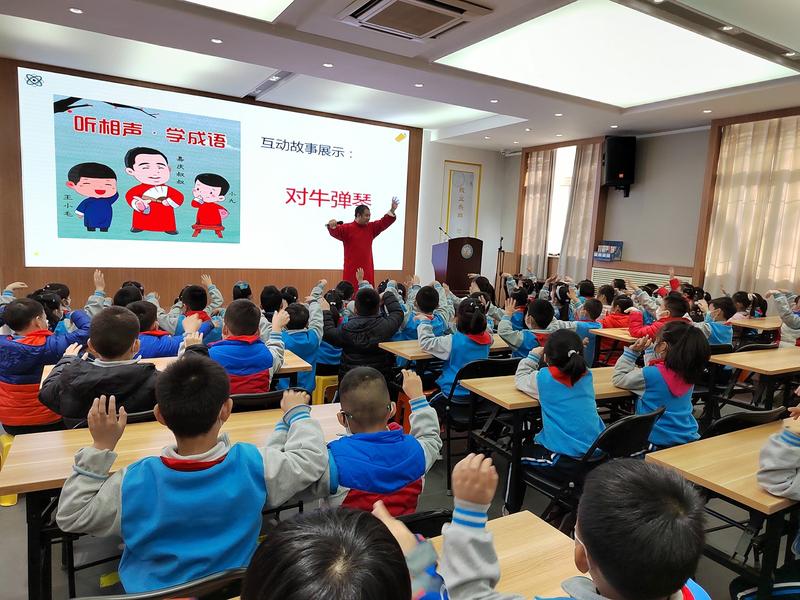 Life is so much easier when you have a sense of humor. Zhang Jiaqing knows it because he lives it.

For a stable income, Zhang once worked at an insurance company in Beijing during the day. But every evening, he swore by xiangsheng, one of the oldest comedic traditions in China.

It is so different from letting children recite poems, which they usually learn by rote and there is little scope for full comprehension. Every child is different and they interpret things differently. Allowing them to choose their own words and imagination to narrate a story can have brilliant results.

He performed at theaters big and small, sending his audiences into fits of laughter and coming one step closer to his dream career in the process.

Many years later, Zhang is not just a master in this art of comedy, commonly referred to as cross-talk, but has also taken xiangsheng to a whole new level by podcasting programs that currently boast millions of listeners.

Born and brought up in Beijing, Zhang loved watching cross-talk shows on TV or listening to comic jousts on radio. The affinity for the art was perhaps in his genes because his father was an amateur performer.

The little boy, who had been immersed in the art since childhood while being influenced by his father, picked up the finer nuances of xiangsheng even before he began formal training.

Cross-talk routines, which are heavy on puns and usually employ the double act trope of a straight man and a stooge perpetually at philosophical odds, require the mastery of four core skills－speaking, imitating, teasing and singing. The art gained popularity in northern China during the Qing Dynasty (1644-1911), when street performers in traditional attire were frequently seen leaving everyone in splits.

In 2006, Zhang began honing his skills under the tutelage of Guo Degang, one of China's most famous comedians and founder of the Deyunshe cross-talk club. Guo is largely credited with reviving xiangsheng by attracting young audiences.

Throughout his training under Guo, Zhang performed more than 1,000 shows at various theaters, which helped him improvise content and directly interact with those who came to watch his acts. 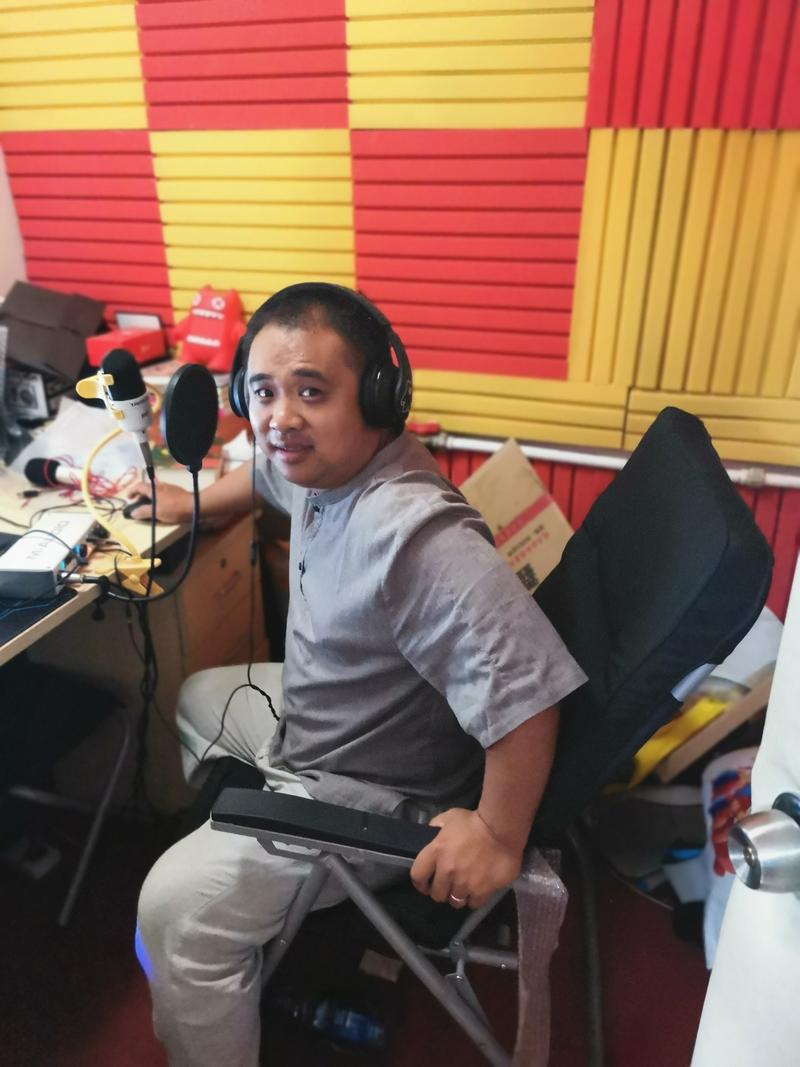 Zhang tells stories for children on Ximalaya, a leading podcast platform, which has gained him a large fan base. (PHOTO PROVIDED TO CHINA DAILY)

As one of the first podcasters on the platform, he livestreamed a variety of programs for fun. These included cross-talk routines, pingshu (a traditional Chinese form of storytelling) and interpretations of classic Chinese novels, such as Journey to the West, written by Wu Cheng'en in the Ming Dynasty (1368-1644).

"The podcast market began growing in China after 2010. When I launched my channel on Ximalaya in 2013, I decided to include xiangsheng. The performing art was facing decline since the 2000s, owing to fierce competition from online entertainment, and I wanted to do something about it," recalls Zhang.

"I didn't expect my programs to become so popular though," he modestly adds.

In 2014, when Zhang's son was born, he found new inspiration and improvised his cross-talk routines to tell bedtime stories.

"As a child, I was fascinated by xiangsheng, not only because it made me laugh, but also because the content offered an insight into Chinese culture," he says.

"As a father, I realized it was a great way to both entertain and educate my boy."

Chinese literature is replete with idioms and each has a story behind it. Zhang remembers how he used a cross-talk act to teach his son the idiom huashe tianzu, which literally translates into "drawing a snake with feet". Metaphorically, it means "unnecessary behavior".

His son was thrilled and kept asking for more such stories.

Zhang encouraged his son to retell the stories and was pleasantly surprised when the little boy weaved in his own individual interpretation.

"It is so different from letting children recite poems, which they usually learn by rote and there is little scope for full comprehension," he says.

"Every child is different and they interpret things differently. Allowing them to choose their own words and imagination to narrate a story can have brilliant results."

Buoyed by the feedback from his son, Zhang turned Chinese idioms into 60 cross-talk routines for his channel in 2016, and these have been listened to about 140 million times.

The success prompted the master of wordplay to create as many as nine series for children. They cover a wide range of topics, from classic books to history and culture.

Cross-talk for adult audiences may involve wisecracks on social issues and family affairs. For children, the jokes are simple.

"The idea is to ensure kids relate to the stories told. Hence, the puns need to be easy to grasp," Zhang says. "Thanks to my son and his friends, I know what can make children laugh."

His experience in performing at theaters comes in handy when he needs to improvise and keep his young audience engaged.

He often combines his singing with kuaiban, a folk art where storytellers add the rhythmic sound of bamboo or brass clappers to their vocal performances.

Zhang's one and only objective at present is to keep children interested in this time-tested art of comedy.

"I want to make learning fun for kids and xiangsheng is the tool I have chosen," he says.

A full-time podcaster now, he writes anything between 3,000 and 5,000 words a day to update content for children on the platform. He has written over 300 stories so far.

His cross-talk series on Chinese idioms have been turned into a comic book, which was published on July 20.

"I drop my son to school in the morning and pick him up in the afternoon. On our way, we talk about stories I am working on," Zhang says. "He is the source of my inspiration."