PLA to carry out military exercises in Yellow Sea 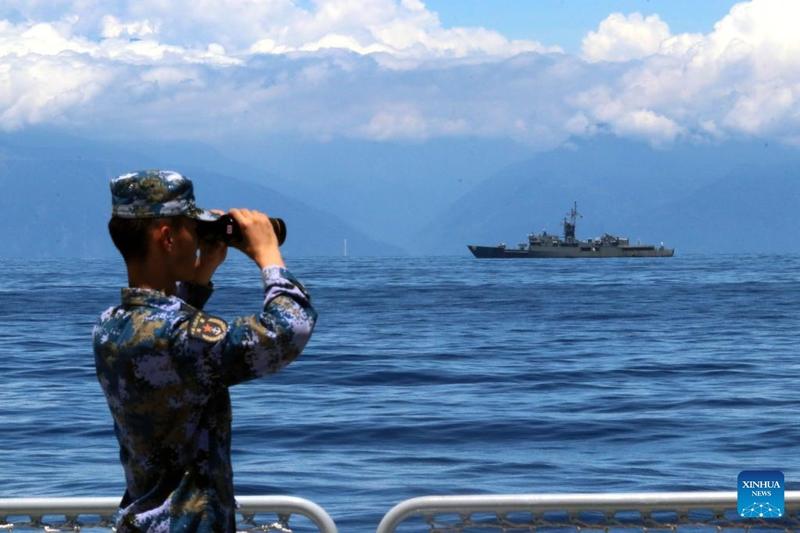 A soldier looks through binoculars during combat exercises and training of the navy of the Eastern Theater Command of the Chinese People's Liberation Army in the waters around the Taiwan island, Aug 5, 2022. (PHOTO/XINHUA)

The Chinese military will carry out live-fire exercises in the Yellow Sea from Saturday to Aug 15, according to the Lianyungang Maritime Safety Administration in Jiangsu province.

The administration said in a navigational warning published on Friday afternoon on its website that the exercises will take place from 8 am to 6 pm each day. 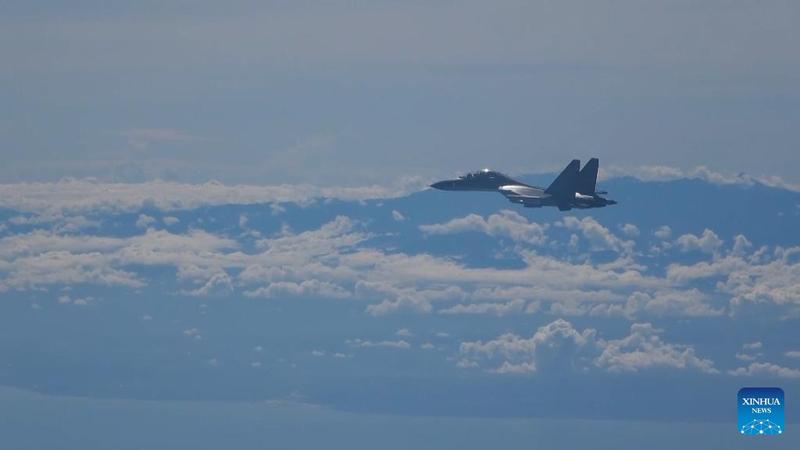 A video screenshot shows a warplane conducting operations during exercises and training of the air force corps of the Eastern Theater Command of the Chinese People's Liberation Army around the Taiwan island, Aug 5, 2022. (PHOTO/XINHUA)

It released geographical coordinates of the drill zone, asking ships not participating in the event not to enter.

The People's Liberation Army has been conducting a number of live-fire exercises this month in the wake of United States House Speaker Nancy Pelosi's visit to Taiwan. 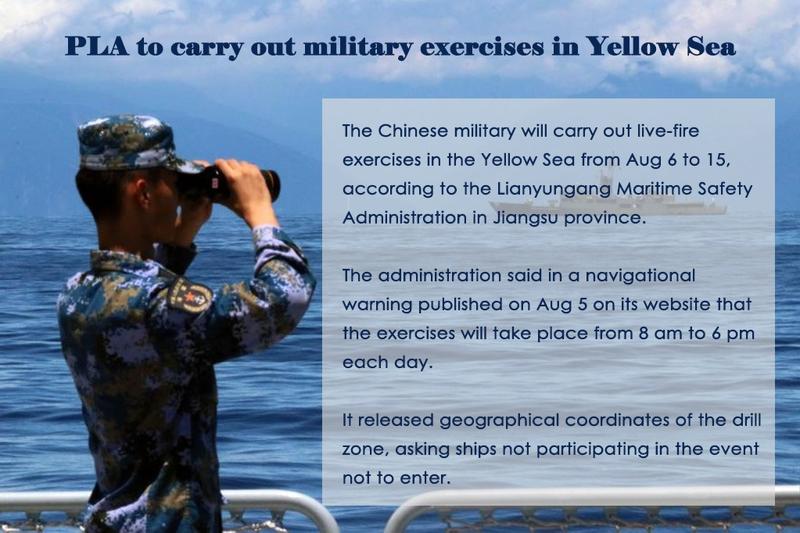