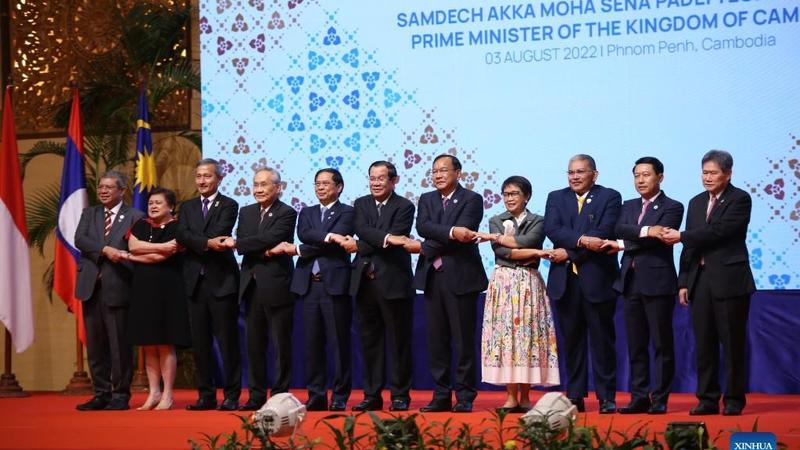 Regional experts said the initiatives proposed by Cambodia, as the current chair of the Association of Southeast Asian Nations, are important to the bloc, which is facing unprecedented environmental and economic challenges.

“Climate change is the biggest long-term issue that the world is facing, and its effects are increasingly being felt here and now,” said Stephen Higgins, managing partner of investment management firm Mekong Strategic Partners in Cambodia.

An ASEAN Green Deal will help with regional coordination of these efforts, while also assisting in the funding of them.

Commenting on Hun Sen’s suggestion of establishing an overarching framework labelled as an “ASEAN Green Deal”, Higgins told China Daily that ASEAN member states, like most countries around the world, need to undertake very significant investment to decarbonize their economies and start adaptation works.

“An ASEAN Green Deal will help with regional coordination of these efforts, while also assisting in the funding of them,” said Higgins.

Speaking at the opening ceremony of the foreign ministers’ meeting and related meetings on Aug 3, Hun Sen said ASEAN has been putting out various policy solutions to tackle climate change challenges, but the responses remain sector-specific and uncoordinated. The meetings were held from July 29 to Aug 5.

“ASEAN needs to go further by leveraging different national conditions to provide a platform for cooperation among member states as well as with our external partners,” he said, noting that the ASEAN Green Deal would cover a wide range of areas, from infrastructure, energy and manufacturing to consumption and agriculture.

Climate change could result in a loss of over 35 percent in ASEAN’s GDP by 2050 as it can severely affect key sectors such as agriculture, tourism and fishing, along with human health and labor productivity, according to joint research by Singapore’s Nanyang Technological University and the University of Glasgow in Scotland.

Nisit Panthamit, director of the Center for ASEAN Studies at Chiang Mai University in Thailand, said it is important to consider the different gaps between Southeast Asian countries, since places like Singapore are more developed and have richer resources, while nations such as Thailand and Vietnam may be in the middle

Nisit Panthamit, director of the Center for ASEAN Studies at Chiang Mai University in Thailand, said it is important to consider the different gaps between Southeast Asian countries, since places like Singapore are more developed and have richer resources, while nations such as Thailand and Vietnam may be in the middle.

The “value chain” of the ASEAN cannot be cut off from the global economy, and a Green Deal could be a good move for the region in terms of showing that it has the capability to deal with the decarbonization issue, Nisit told China Daily.

Though ASEAN countries like Thailand have set their carbon neutrality goals for the middle of this century, Nisit said the progress has been slow due to disruptions like the pandemic, economic slowdown and political instability.

Nisit said it is possible that a Green Deal can be achieved but he hopes to see more concrete plans of how it can be implemented.

In his speech, Hun Sen also offered to host a secretariat in Phnom Penh for the Regional Comprehensive Economic Partnership agreement, which came into force this year, to coordinate the effective implementation of the world’s largest free trade pact to date.

In line with ASEAN’s strategy under the comprehensive recovery framework, which aims to maximize the potential of intra-ASEAN market and broader economic integration, Hun Sen said a standalone secretariat is needed as soon as possible.

"I hope Cambodia can win the support of fellow ASEAN member states, as well as all RCEP participating countries when we submit our proposal officially," he said.

To establish an RCEP secretariat, Nisit said ASEAN should ask for cooperation not only from other signatories of the trade pact, but also from observer countries that may also like to play a role, as well as international organizations such as the World Bank and the International Monetary Fund.

The RCEP has served as a driving force for regional and global economic growth, said senior economist Ky Sereyvath, director-general of the Institute of China Studies at the Royal Academy of Cambodia.

"It will help Cambodia and other member countries quicken their economic recovery from the pandemic," he told Xinhua News Agency. "I believe that this trade pact will become a new center of gravity for global trade in the future."