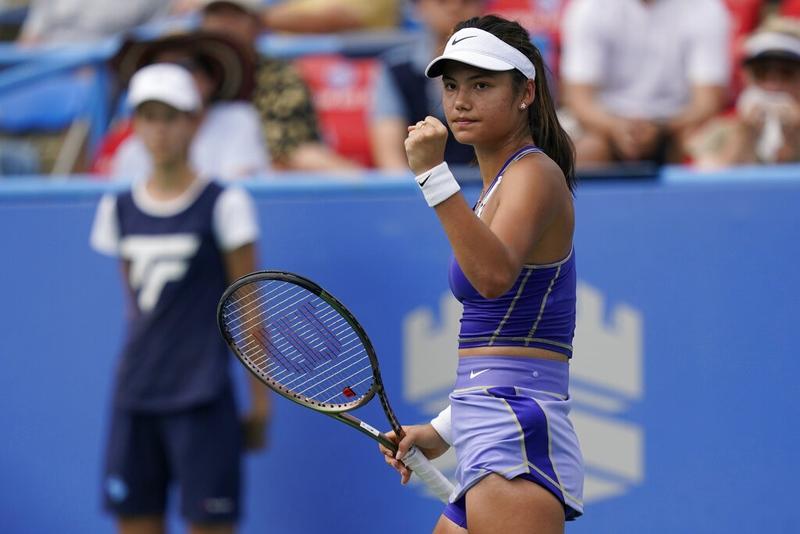 Emma Raducanu, of Britain, reacts during a match against Camila Osorio, of Colombia, at the Citi Open tennis tournament in Washington on Aug 4, 2022. (CAROLYN KASTER / AP)

Emma Raducanu said she was proud to have battled through one of her most physically demanding contests when she defeated Camila Osorio 7-6(5) 7-6(4) in sweltering conditions at the Citi Open in Washington DC.

On a hot and humid afternoon, Emma Raducanu completed the win in two hours and 50 minutes - the longest straight-sets main-draw match on the WTA Tour this year - just before thunderstorms lashed down to suspend play

On a hot and humid afternoon, the US Open winner completed the win in two hours and 50 minutes - the longest straight-sets main-draw match on the WTA Tour this year - just before thunderstorms lashed down to suspend play.

Both players required medical timeouts to manage blisters during the error-strewn contest before the world number 10 sealed her quarter-final spot against 60th-ranked Liudmila Samsonova in the WTA 250 event.

"For me it was a pretty monumental effort to really get through that," Raducanu said on Thursday.

"There were many moments in both sets where you want to go for the easy option of trying to finish the point early, but, yeah, I'm just really pleased and proud of how I dug in when it really mattered.

"It was three hours on the court, and I actually warmed up for like an hour this morning. It just gives you a lot of confidence coming through a match like that." 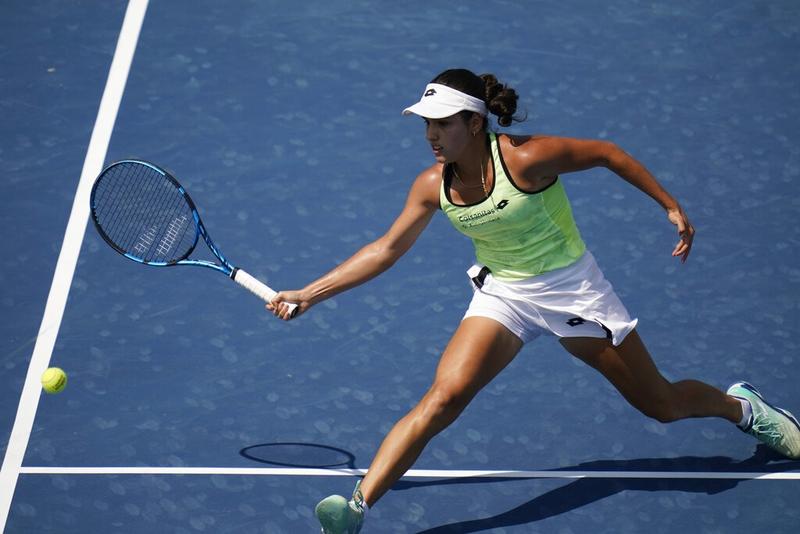 Camila Osorio, of Colombia, reaches to return a shot during a match against Emma Raducanu, of Britain, at the Citi Open tennis tournament in Washington on Aug 4, 2022. (CAROLYN KASTER / AP)

In the men's event, American Taylor Fritz was unable to complete his match against Daniel Evans and retired when the 40th-ranked British player was leading 3-6 7-6(6) 4-1.

The world number 13 began to struggle in the second set and had a matchpoint during the tiebreak but Evans saved it to level the match and force a deciding set.

Fritz said in a social media post he was "embarrassed" by his retirement and that he had been dealing with a foot problem since Wimbledon, where he reached the quarter-finals, which meant he was not fit enough to deal with the demanding conditions.