By Cui Jia and Zhang Yi 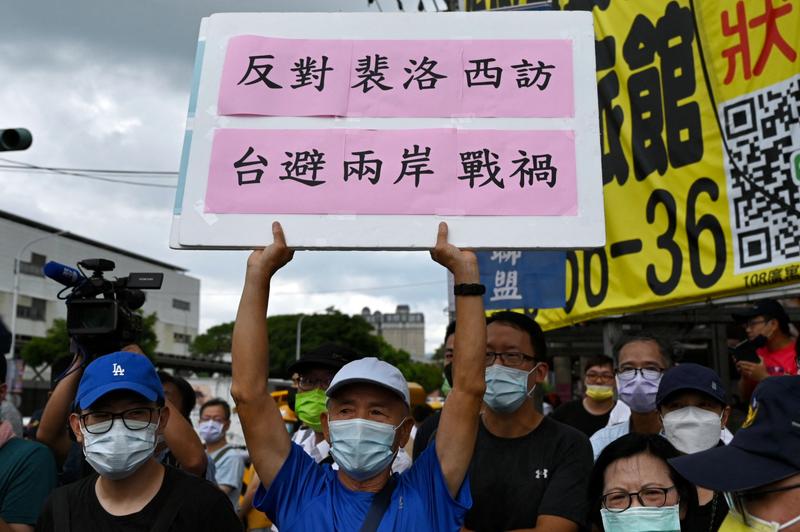 Politicians and people in Taiwan aired their anger and concern after United States House Speaker Nancy Pelosi's visit to the island, which has resulted in an escalation of tensions across the Taiwan Straits.

Protesters gathered outside the Grand Hyatt on Tuesday, the hotel Pelosi chose to stay in after landing in Taipei. They shouted "Yankee go home" and carried signs calling the speaker a "warmonger".

Wu Cherng-dean, chairman of the New Party, said it is firmly opposed to Pelosi's visit to Taiwan, saying she should not have been welcomed because it was "harmful to Taiwan without bringing any benefits". 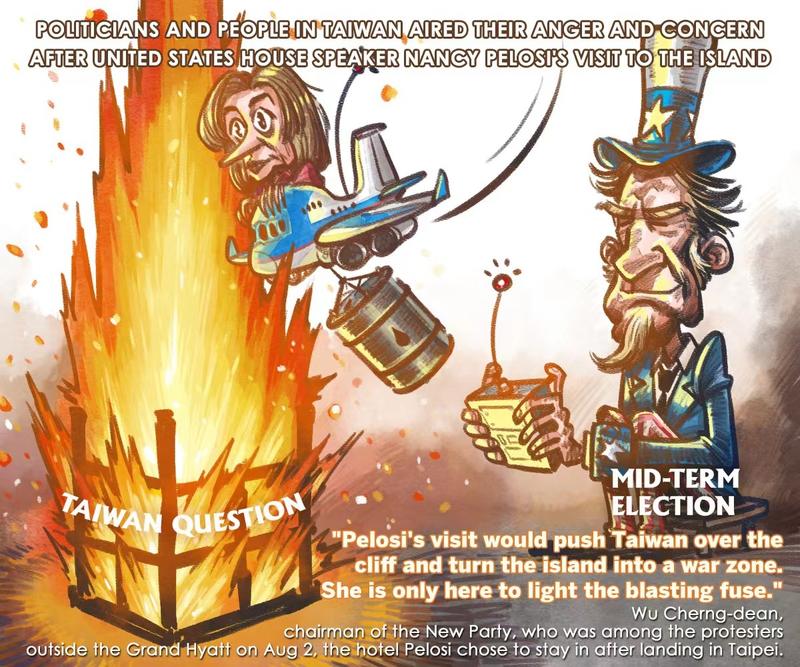 "Pelosi's visit would push Taiwan over the cliff and turn the island into a war zone," said Wu, who was among the protesters outside the hotel. "She is only here to light the blasting fuse."

"She is an ugly American with ill intentions of using Taiwan as a pawn. The island's leader Tsai Ing-wen is a traitor. The people of the Chinese mainland and Taiwan are capable of solving the Taiwan question in a peaceful manner," Chung said.

Lin Yen-chen, a young person from Taiwan, said by receiving Pelosi, the island administration has totally ignored the development interests of the people.

Some members of Taiwan's post-2000 generation fear that continuous US interference in Taiwan may lead to war, said another young person, Shen Hung-jui. 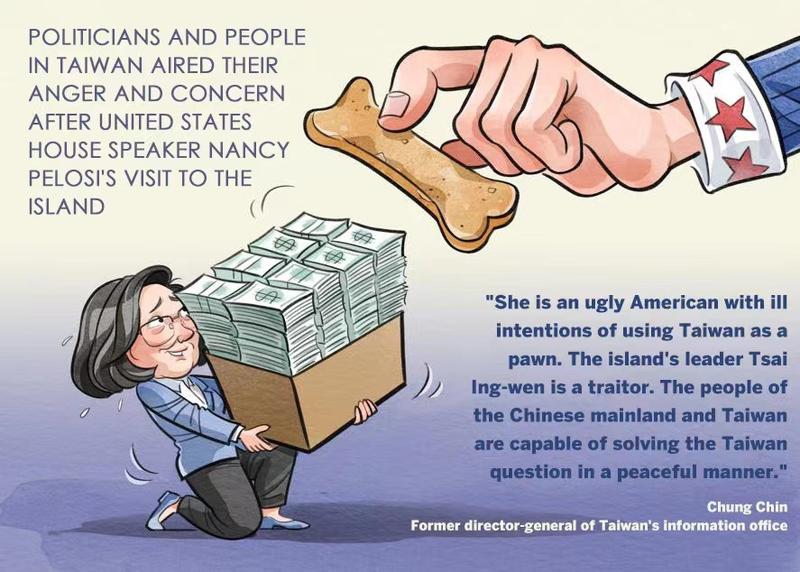 Ma Xiaoguang, spokesman for the Taiwan Affairs Office of the State Council, said on Wednesday that many politicians, civil groups and people in Taiwan have condemned Pelosi's visit and said her intention was to stir up cross-Straits tensions and that she fooled Taiwan people to help her political career.

They all opposed the secessionist actions of "Taiwan independence "carried out by Tsai Ing-wen and the Democratic Progressive Party.

"Taiwan people are not afraid of standing against manipulation by external forces and refuse to be kidnapped by the DPP. What they want is peaceful development and to live a good life," Ma said.