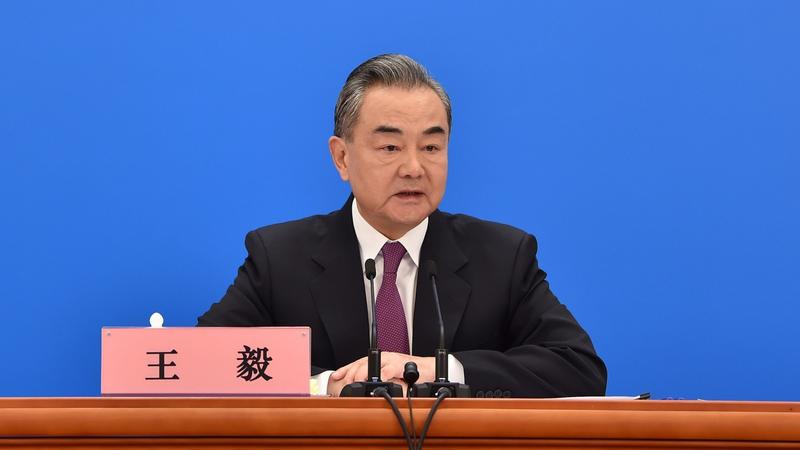 Foreign Minister Wang Yi said the US side, under the guise of so-called "democracy," is doing the heinous deeds of violating China's sovereignty

Wang, who is attending meetings on East Asia cooperation and on a visit to Cambodia, told reporters that Pelosi's tour is a complete farce.

Wang said the US side, under the guise of so-called "democracy," is doing the heinous deeds of violating China's sovereignty.

READ MORE: Wang Yi: Taiwan not a pawn to be used

Such "Taiwan independence" secessionist forces represented by Tsai Ing-wen, riding the US coattails, have betrayed the righteousness of the great national cause, said Wang.

These perverse practices will not change the international consensus that there is only one China, nor will they change the historical trend that Taiwan will return to the motherland, Wang said.

Those who play with fire will not end up well, and those who violate China's sovereignty will certainly be penalized, he added.

Also on Wednesday, a spokesperson for the State Council Taiwan Affairs Office said the DPP authorities orchestrated a political farce to present Pelosi with a so-called "award".

Pelosi's visit to Taiwan signifies a continuation of her erroneous anti-China rhetoric and actions, and is of egregious nature, said Ma Xiaoguang, spokesperson for the office, in response to a media question.

"We sternly condemn and strongly protest the move and have announced a series of strong countermeasures," Ma said.

The DPP authorities, with a long history of sycophancy to the United States, are continuing down the secessionist path of soliciting US support for their independence agenda, Ma said, noting that all such attempts are doomed to fail and will cost them dearly.

"Pompeo, who takes pride in 'lying, cheating, and stealing,' was given a similar so-called 'award,' so imagine the political farce that the DPP authorities are putting on by 'awarding' Pelosi," Ma said.