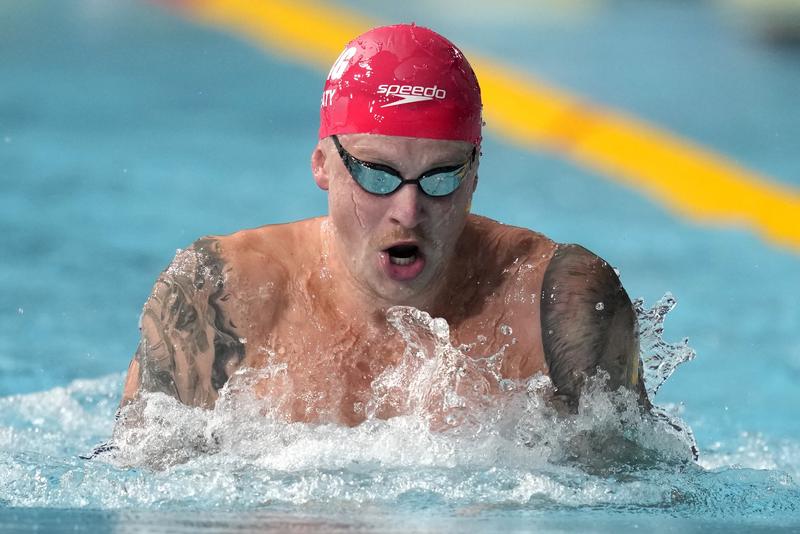 LONDON - Triple Olympic swimming champion Adam Peaty said he was heartbroken and missing his usual spark after suffering his first 100m breaststroke defeat in eight years at the Commonwealth Games.

Peaty, once-dominant world record holder in the event and Commonwealth Games champion in 2014 and 2018, finished fourth in Sunday's final after leading at the halfway mark.

With 25 meters to go I had nothing in the tank. Maybe that's over-exposure on the foot. Sometimes you just have a bad race, I can't pinpoint where I went wrong.

Peaty's time of 59.86 seconds compared to his personal best of 56.88. It was his first defeat in the 100m breast since the 2014 British championships.

"I'm heartbroken with last night's result," said the 27-year-old Englishman, who broke his foot in the gym last May in the first significant injury of his career and missed June's world championships in Budapest.

The cast on his foot came off only a month ago.

ALSO READ: Bayern on its way to happy life after Lewandowski's departure

"With 25 meters to go I had nothing in the tank. Maybe that's over-exposure on the foot. Sometimes you just have a bad race, I can't pinpoint where I went wrong," said Peaty.

"I've kind of lost that spark, whether it's with my foot, but I'll be looking to find that over the next months and into the next two years."

The eight-times world champion has said his main focus is the 2024 Paris Olympics. He took five months off after the Tokyo Games, where he defended his 100m breaststroke title.

He indicated he would not take part in next month's European championships.

"I don't see the point in doing something I wouldn't do that well at, at the moment. We'll see," he said.