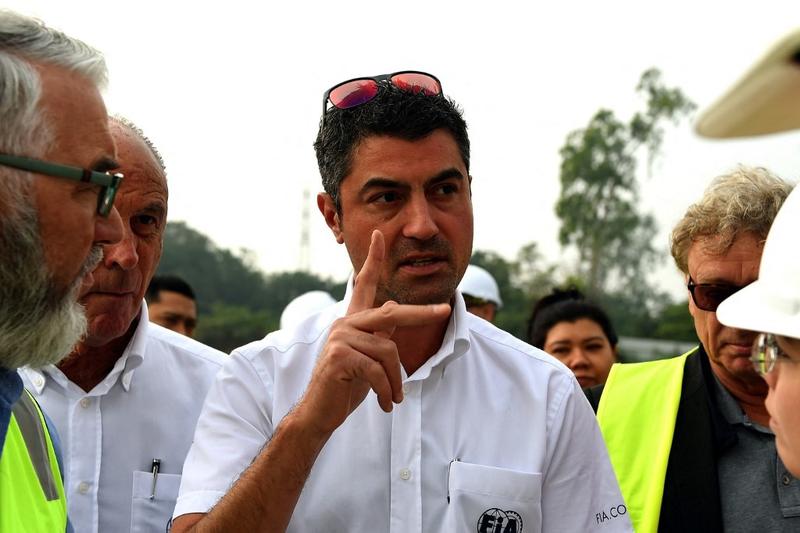 In this file photo taken on Dec  13, 2019 Formula One race director Michael Masi (Center) checks on the construction of the Formula One Grand Prix race track in Hanoi. (NHAC NGUYEN / AFP)

The Australian changed the safety car re-start procedure at the end of the December's Abu Dhabi Grand Prix, a move that handed the crown to Red Bull's Verstappen, denying Mercedes' Lewis Hamilton a record eighth title in the process.

"There were some dark days," Masi told News Corp on Sunday. "And absolutely, I felt like I was the most hated man in the world. I got death threats. People saying, they were going to come after me and my family."

Masi's decision to allow lapped cars between leader Hamilton and Verstappen to move around the Mercedes driver and the safety car set up the Dutchman to pass the reigning champion on the final lap and claim the title.

A subsequent report into the Abu Dhabi race in March found that Masi had made a "human error" but acted in "good faith".

Masi, who left governing body the FIA in March, was the subject of a torrent of abuse on social media.

"They were shocking," Masi said of messages he received on Facebook. "Racist, abusive, vile, they called me every name under the sun.

"And they kept on coming. Not just on my Facebook but also on my LinkedIn, which is supposed to be a professional platform for business. It was the same type of abuse."

The 44-year-old has since returned to Australia and did not seek professional help in the aftermath of the incident.

"Not even family and friends. I only talked to my close family – but very briefly.

"The whole experience has made me a much stronger person," he added.