COVID-19 restrictions mean dining at restaurants has become a distant memory for some cities in China. Diners are eager to buy ready-to-cook, ready-to-heat or ready-to-eat meals that taste similar to those served at restaurants. Given the convenience of such meals that require minimum preparation, a niche has developed for ready meal retailers, market insiders said.

Catering to the stay-at-home segment of population has gained popularity nationwide. The sector is facilitated by improved cold chain logistics and booming sales of e-commerce platforms, experts said.

Annual sales of China’s ready meals market are expected to exceed 1 trillion yuan ($148 billion) in the next six to seven years, based on an estimated compound annual growth rate of 20 percent. In the long run, the scale of China’s ready meals industry is foreseen to reach 3 trillion yuan in annual sales, according to a forecast by Shenzhen-based research firm Askci Consulting.

Enticed by the next “trillion-dollar food market”, many food chains and retail companies have set their sights on launching or expanding their own ready meal businesses.

Major ready meal makers have witnessed a surge in sales, and big e-commerce grocery platforms such as Freshippo, Missfresh, Meituan Maicai and Dingdong Maicai have increased their investments in the sector. During the May Day holiday, sales of ready meals on those platforms surged 100 percent to 500 percent year-on-year.

“With families among the younger generation increasingly becoming tech-savvy and consumers adapting to the ‘new normal’ lifestyle in the aftermath of the COVID-19 pandemic, online grocery delivery and on-demand retail will become even more popular,” said Catherine Chen, chief financial officer of Missfresh, a Nasdaq-listed Chinese e-commerce platform focusing on delivering fresh produce and other daily necessities.

“Missfresh plans to continue expanding the offerings of ready meals to include one-bowl meals for solo diners, hotpot dishes and home-cooked fare with mass appeal. We expect the sales growth of this year to top last year’s figures,” Chen said. 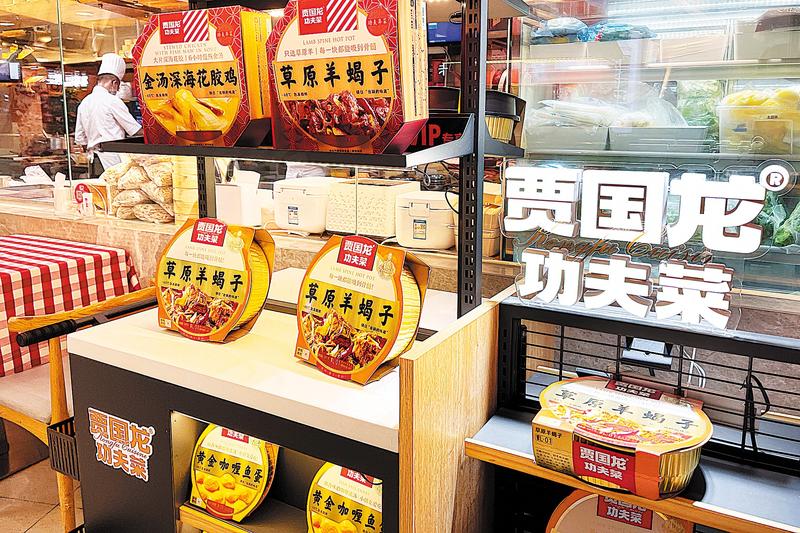 Ready meals on display at a restaurant of Xibei Group in Beijing. (PHOTO PROVIDED TO CHINA DAILY)

In early 2020, Missfresh started the sales of ready-to-cook, ready-to-heat and ready-to-eat products, which comprise cooked food and pre-prepared ingredients. Missfresh’s bestselling products include instant meals from big-name chain restaurants such as Xibei Group and Meizhou Dongpo.

Last year, Missfresh saw total sales of ready meals grow more than 300 percent year-on-year, and it plans to further expand this category. By the end of 2021, more than 40 percent of its customers had bought ready meals, and the strong sales of the category demonstrated consumers’ growing appetite for ready meals and a notable food consumption trend in China this year, the company said.

In March, Missfresh launched eight new ready-to-cook dishes, including Japanese-style curry beef, Fotiaoqiang, a traditional thick soup made of a variety of seafood and meats, and braised sea cucumber, with an option for individual servings. These ready meals will be produced in central kitchens, undergo rapid freezing at-38C, and go through quality inspection.

In November last year, the company debuted a batch of high-end ready meals, including Beijing-style lamb spine soup and beef bone broth flavors. They were sold off as soon as they were available online.

“As the consumer awareness of the product category and popularity of ready meals skyrocketed in the past two years, Missfresh has invested in developing its own in-house brands of the products,” Chen said.

“We see the ready meals offerings not just as a way to meet the ‘consumption upgrade’ trend, but also as an important category to optimize our gross margins and improve profitability. We are confident that ready meals are poised to become an important driver for the company’s operational efficiency,” she said. 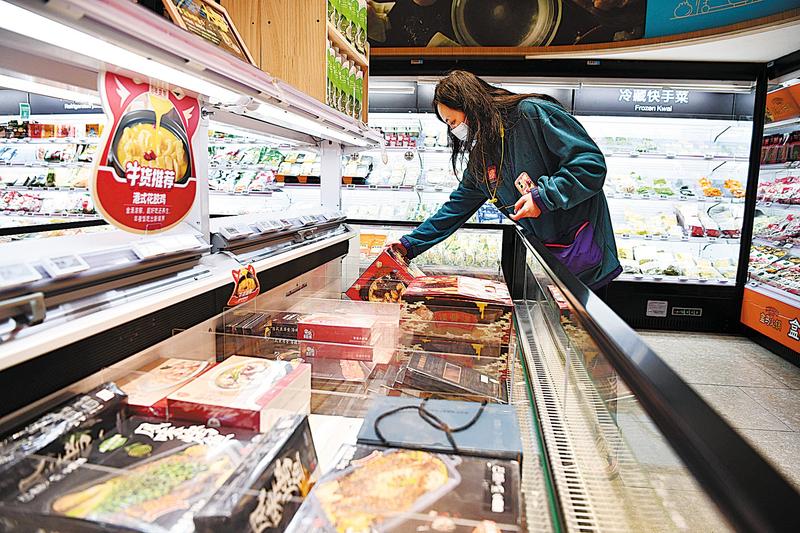 In 2021, the supply volume of food in individual servings online more than doubled the volume seen in 2020. Last year, sales of light meals, rice-flour noodles, high-end noodles and self-heating meal options were quite popular, and sales of those categories grew about 60 percent to 80 percent year-on-year, according to online retailer JD.

Meantime, Freshippo, the grocery chain of Alibaba Group, launched a group of food products in smaller portions, including tomatoes in mini packs and packs containing four eggs each, and the products have been favored by young consumers.

“The consumption mindset and behavior of the new generation of young Chinese consumers show that individualized servings in smaller portions are going to become a trend in the future, and it is expected to fuel more business formats,” said Zhu Danpeng, a food and beverage analyst based in Guangzhou, Guangdong province.

“Still, the pattern of the ready meals sector is highly scattered in China, and the quality of different products varies. The sector indicates significant room for growth,” Zhu said.

Ready meals have attracted the attention of investors. In late May, Original Taste, a brand of low-temperature pre-cooked food that was founded in 2019, completed its latest round of financing and is believed to have received tens of millions of yuan, although the company did not disclose specific figures. Investors include a venture capital fund affiliated to Baozun Inc, a Shanghai-based e-commerce company, and social media platform Xiaohongshu.

Frozen sausages serve as the main product category of Original Taste, and main buyers have been young consumers who are not that good at cooking, but willing to try their hand at preparing some delicious food at home. Besides sausages, frozen steak and chicken are also among their popular choices, as those foods are convenient to cook.

“This year, we plan to develop more varieties of frozen sausages and use better pork as raw materials, and we will also develop chicken and beef sausages to cater to the appetite of consumers,” said Xiao Xin, founder of Original Taste.