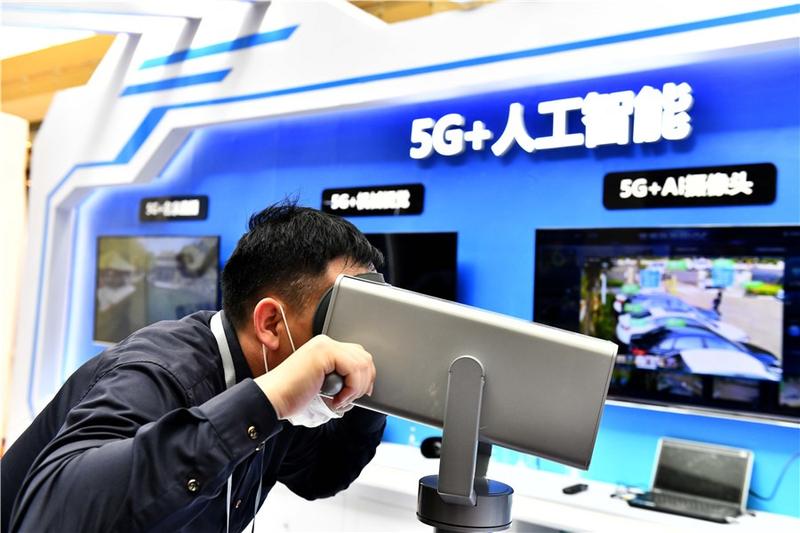 China should take more measures to unleash the growth potential of digital transformation and technological innovation in the second half of the year to promote a sustained economic recovery, policy advisers said on Monday.

Such measures can go a long way toward anchoring market expectations and unleashing long-term growth momentum, they said.

They also called for specific measures to support the healthy development of the platform economy and more financial products to advance digital technologies.

Liu Shangxi, president of the Chinese Academy of Fiscal Sciences, said it is possible for the Chinese economy to achieve full-year economic growth of about 5 percent year-on-year, if major shocks brought about by COVID-19 do not recur and major risks are resolved in a timely manner

Liu Shijin, deputy director of the Committee on Economic Affairs of the National Committee of the Chinese People's Political Consultative Conference, the nation's top political advisory body, said the country should pay more attention to deepening reform and opening-up and to unleashing the potential of innovation in the second half to stabilize the economy.

While macroeconomic adjustments deal with short-term downward pressures, the ultimate impetus for growth can come from tapping into structural growth drivers, Liu said at a news conference on Monday.

He called for more efforts to promote the development of city clusters, improve the efficiency of basic industries, expand middle-income groups and accelerate digital transformation and green development.

With further reforms planned to overcome the constraints in these sectors, the country will be able to achieve both short and longer-term development goals, Liu said, adding a GDP growth target of 5.5 percent for the second half is worthy of consideration.

China's economic growth slowed to 2.5 percent year-on-year in the first half due to unexpected shocks, including COVID-19 outbreaks, but has shown signs of recovery since May.

Resilient financial market performance has borne testimony to the brightening growth prospects of the Chinese economy, led by innovative sectors.

The benchmark Shanghai Composite Index rose 1.55 percent to close at 3278.10 points on Monday, with 40 stocks in the new energy vehicle sector hitting the daily upper limit, according to market tracker Wind Info.

The Chinese currency renminbi also largely held its strength, thanks to stable economic fundamentals, as the onshore exchange rate of the renminbi against the US dollar came in at 6.7340 as of Monday evening, weakening by 5.68 percent since the beginning of the year.

In contrast, the Japanese yen and the euro have weakened by more than 10 percent against the greenback so far this year, with the euro and the dollar worth the same for the first time in 20 years last week.

Liu Shangxi, president of the Chinese Academy of Fiscal Sciences, said it is possible for the Chinese economy to achieve full-year economic growth of about 5 percent year-on-year, if major shocks brought about by COVID-19 do not recur and major risks are resolved in a timely manner.

Although China's economic recovery still faces mounting pressures, a positive second-quarter GDP growth despite unexpected shocks and brisk momentum in the high-tech manufacturing and new energy sectors have pointed to the resilience of the Chinese economy, said Liu, who is also a member of the CPPCC National Committee.

Miao Wei, former minister of industry and information technology and a member of the CPPCC National Committee, underlined the necessity of launching concrete measures to support the healthy development of the platform economy as soon as possible, for the sake of stabilizing expectations over the sector's development prospects and boosting market confidence.

Efforts should be made to encourage platform enterprises to participate in national scientific and technological projects, facilitate them to get listed at home and abroad, and bring in more financial products in the capital market to support digital technologies, said Miao.