Djokovic hopes to play in Australian Open next year 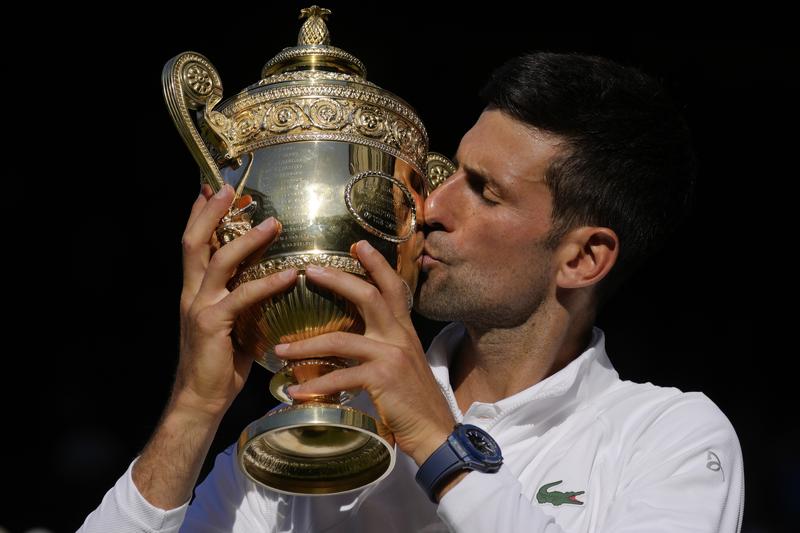 Serbia's Novak Djokovic celebrates with the trophy after beating Australia's Nick Kyrgios in the final of the men's singles on day fourteen of the Wimbledon tennis championships in London, July 10, 2022. (KIRSTY WIGGLESWORTH / AP)

BELGRADE - Novak Djokovic is hoping to be allowed to play at the Australian Open next year despite being kicked out of the country over his vaccination status in January, the Serbian told state television RTS on Monday.

Djokovic won the Australian Open, French Open and Wimbledon titles in 2021 but was unable to defend his Melbourne Park crown due to his refusal to be vaccinated against COVID-19.

He lost his French Open title after going out to eventual champion Rafael Nadal in the quarterfinals this year but retained his Wimbledon crown on Sunday.

As things stand now, I cannot travel to Australia and the United States, but I am hoping to get positive news. I believe things will change for Australian Open.

The 21-times major champion cannot currently enter the US without being vaccinated against COVID, while his deportation from Australia carried with it a three-year re-entry ban.

"As things stand now, I cannot travel to Australia and the United States, but I am hoping to get positive news," Djokovic told RTS after being greeted by thousands of fans in front of Belgrade City Hall.

"I believe things will change for Australian Open. For the US Open there is not much time, but hope dies last. I would like to play at the US Open and Australia Open, but even if I do not it's not the end of the world."

Then Prime Minister Scott Morrison said when Djokovic was removed from Australia in January that his re-entry ban could be waived "in the right circumstances". 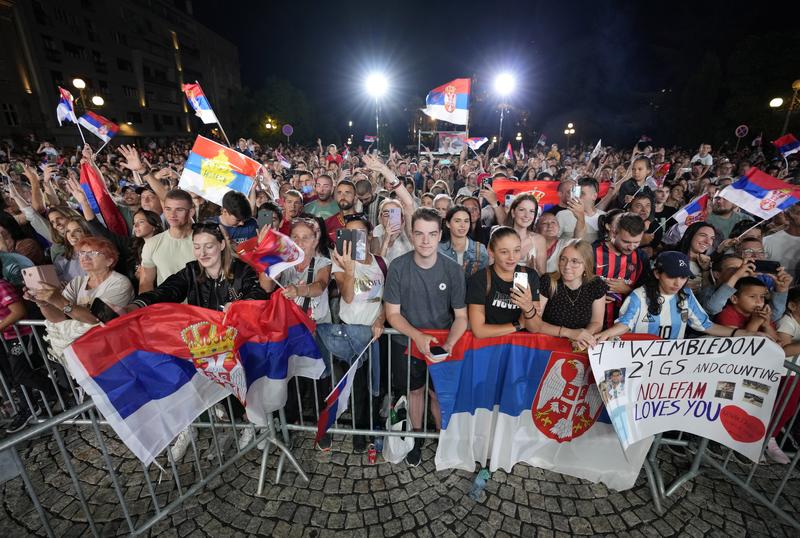 After finishing 2021 one major short of a rare calendar-year Grand Slam, Djokovic's season has not panned out as he would have envisaged after missing the Australian Open and losing to Nadal at Roland Garros.

Authorities organized fireworks and a concert. Djokovic addressed the fans from the balcony of City Hall and threw 20 signed tennis balls into the crowd.