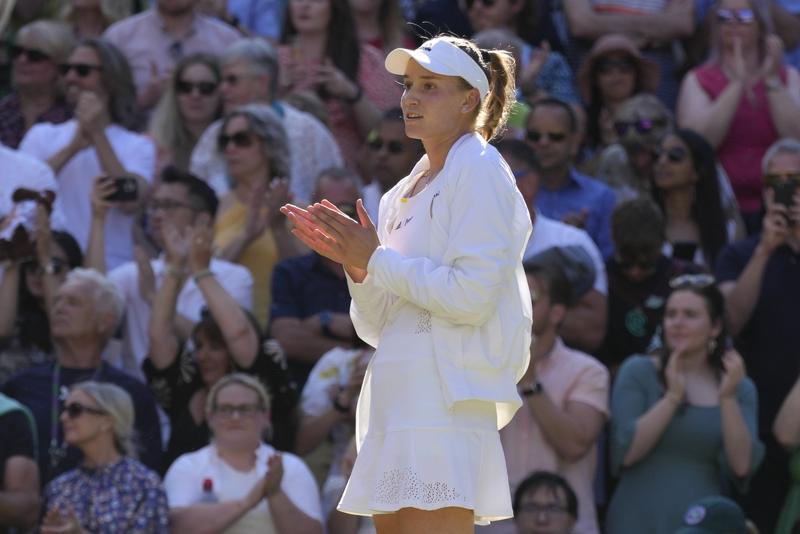 LONDON - There was little in Elena Rybakina's understated celebration - the clenched fist and slow stroll to the net - to suggest she had produced the performance of her life to demolish former champion Simona Halep and reach the Wimbledon final on Thursday.

Yet by romping into Saturday's showpiece, her maiden Grand Slam final, with a 6-3 6-3 win that was as clinical as it was brutal, she set up a showdown with Tunisian Ons Jabeur that few would have predicted at the tournament's outset.

Halep, the champion in 2019 who had not dropped a set at the All England Club since the second round of that tournament, did not help her cause with a string of double faults that handed Rybakina chances at key moments.

I don't know how to describe it but it was really, really good. Usually, of course, I have ups and downs and it comes from the nerves. But I think today I was mentally prepared and I did everything that I could and it was an amazing match.

Yet the 17th seed needed little assistance, as she became the first player from Kazakhstan to reach a Grand Slam final.

"I don't know how to describe it but it was really, really good," the 23-year-old said after wrapping up victory to become the youngest Wimbledon finalist since Garbine Muguruza in 2015.

"Usually, of course, I have ups and downs and it comes from the nerves. But I think today I was mentally prepared and I did everything that I could and it was an amazing match."

The Centre Court crowd had willed Halep to get into the contest but the 16th seed was a clear second best from the start as she attempted to go toe-to-toe from the back of the court.

"Somehow I think I gave her the perfect ball to do her game, to feel comfortable on court," said Halep. "But, as I said, all the credit to her. She deserved to win today with the way I played."

Rybakina just had too much power and aggression for the Romanian, who wilted under the pressure. 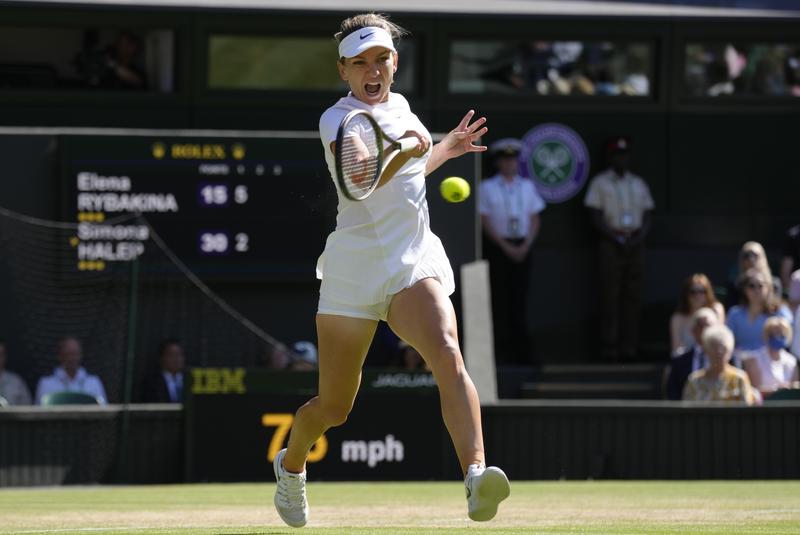 The opening point of the match had set the tone for remainder of the clash as Rybakina powered down a 113 mph service winner, before holding serve to love and immediately breaking to take control.

Halep looked under pressure throughout the opening set, failing to create a break point while Rybakina pounced on a series of tame second serves from the 30-year-old Romanian and looked a constant menace.

Halep, who had missed the 2021 edition of Wimbledon due to injury and contemplated retirement last year, had looked like a player rejuvenated as she stormed into the semifinals.

But after her run of winning 21 consecutive sets at Wimbledon was brought to an end, she never really looked like fighting back.

Halep's three double faults in the first game of the second set saw Rybakina snatch an immediate break and while the Romanian clawed her way back to level the contest at 2-2, parity was short lived.

Another double fault allowed Rybakina to break again for 3-2 and four games later the Romanian was at it again as her ninth double fault opened the door for the Kazakh to seal the deal with a backhand return down the line on match point.

"Simona's a great champion and we had many tough matches before," Rybakina said. "I was really focused today and I'm really happy with my performance because I think that I played really solid."