US economy in risky quandary 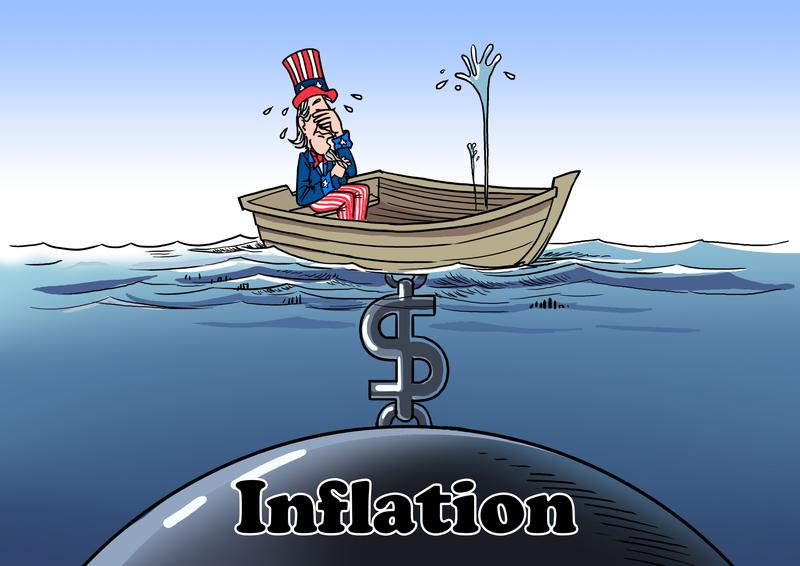 Back in 2004, everyone started talking about global imbalances. With the United States' current account deficit at an alarming 5.3 percent of GDP, it was feared that the country's net foreign-debt-to-GDP ratio would climb to the point that foreign investors would demand a higher risk premium on dollar-denominated assets. The specter of a "sudden stop", a dollar crash, and an international payment crisis seemed to be stalking the global economy.

None of this has happened. Instead, the US' current-account deficit shrank, averaging 2.7 percent from 2009 to 2021. More impressive, its investment income remained positive, despite its massive net debt, meaning that debt servicing was never a problem for the US government. And yet, the US' external sustainability is hardly a foregone conclusion.

The US' current account deficit has grown significantly since 2020, reaching 3.6 percent of GDP last year－the highest level since 2008. At the same time, its net foreign debt reached a staggering $18 trillion, or 78 percent of GDP. And fast rising inflation has prompted the US Federal Reserve to begin raising interest rates and reducing its holdings of Treasury securities－moves that are likely to impede growth and increase the government's borrowing costs.

If the US' net foreign debt burden grows too large, rolling over its liabilities will become increasingly difficult. Foreign investors could become suspicious that the US will choose to inflate away its debts, and start demanding a higher interest rate on dollar-denominated financial assets－or even stop buying them altogether. In other words, if the US fails to stabilize its foreign debt position at a reasonable level, the external sustainability question will return.

How much danger are the US and the global economy facing? To answer that question, we must consider the four variables on which external sustainability depends: the gap between private savings and private investment, the size of the budget deficit, investment-income levels, and the rate of GDP growth.

Beginning in the 1950s, private savings and investment were relatively balanced in the US. That changed after the 2008 subprime mortgage crisis, with private actors saving more than they invested－an average difference of about $1 trillion per year－from 2009 until 2020.

This "savings glut" is largely a result of fast growing income and wealth inequality. When the Fed's massive post-crisis quantitative easing program drove up asset prices, the wealthy-people who own shares and properties－reaped the rewards. This group has a much higher propensity to save than lower-income households.

The savings glut might be set to decline. In the first quarter of 2022, US gross private savings and gross private domestic investment were up by 7.2 percentage points and 25 percentage points, respectively, compared with the same quarter in 2020, meaning that the gap between savings and investment has narrowed. In the relatively near term, savings might continue to decline, to the point that they exceed investment by less than 2 percent of GDP.

The US' budget deficit, by contrast, is set to keep growing. According to the Congressional Budget Office, the deficit-to-budget ratio averaged 3.5 percent annually over the last 50 years, but 5.7 percent from 2009 to 2019. While it should stand at 3.9 percent this year, according to the CBO, it is on track to reach 6.1 percent in 2032. It is thus safe to assume that the US' budget deficit will average 5 percent of GDP annually over the next decade.

Even in terms of investment income, the US might be on a less favorable path. So far, investment income has been positive despite the US' status as the world's largest debtor country (by far). This reflects several factors, especially the high returns reaped on outward foreign direct investment (on the asset side of the international investment position) and large amounts of low-cost foreign investment in US Treasuries and bonds (on the liability side).

Based on its past record, one can assume that the US' investment income accounts for about 1 percent of GDP. But, in recent months, the US has done significant damage to its own financial credibility. This will probably contribute to a decline in its investment income.

Finally, there is economic growth－yet another area where the US might struggle in the near future. It can be assumed that annual US growth will average about 2 percent over the next decade. Together with the other assumptions listed above, that would mean that the US' foreign-debt burden could well reach 100 percent of GDP in the coming years.

Geopolitics might compound the challenges ahead. The US has avoided a balance-of-payments and dollar crisis in the past largely because central banks of Asian economies and oil-exporting countries have tirelessly purchased US government bonds and Treasury bills. But amid rising geopolitical tensions, these buyers might decide, or be forced, to rethink their purchases.

It is against this backdrop that the Fed is pursuing rather aggressive interest rate hikes and quantitative tightening. But increased demand for foreign capital to finance the trade deficit, together with greater reluctance of foreign investors to purchase US government bonds and Treasuries, might put the US in a quandary. It can either contain inflation or maintain external sustainability－but not both, unless, perhaps, the US' gross domestic product growth slows significantly.