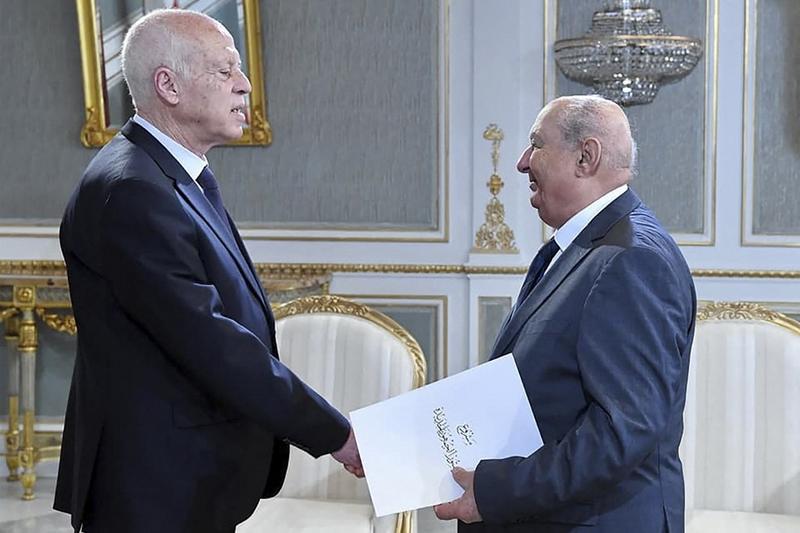 Sadok Belaid, a former constitutional law professor was named by Saied to draft a "new constitution for a new republic", said Saied's version was dangerous and did not resemble the first draft proposed by the constitution committee, the Assabeh newspaper said.

Belaid said the draft constitution published by the president contains chapters that could pave the way for "a disgraceful dictatorial regime".

The president has not commented on the constitution since he published the text on Thursday in Tunisia's official gazette. The constitution, which would give Saied near-absolute powers, will be put to a referendum this month.

His proposal would dilute the roles of the parliament and judiciary, prompting accusations he is undoing democratic gains that Tunisians won in a 2011 revolution.

Saied seized most powers last year, brushing aside the 2014 democratic constitution and dismissing the elected parliament to say he would rule by decree while he remakes the political system.

A chapter of the proposed constitution includes the phrase, "In case of the imminent danger, the president can extend his term." Belaid said this would "pave the way for a disgraceful dictatorship".

His proposed constitution would create a Council of Regions as a second chamber of parliament but gives no details on how it would be elected or what powers it would have.

Belaid said the president's proposal to limit membership of the Constitutional Court to judges named by the president would undermine its independence.