Death toll from migrant shipwrecks off Tunisia rises to 17 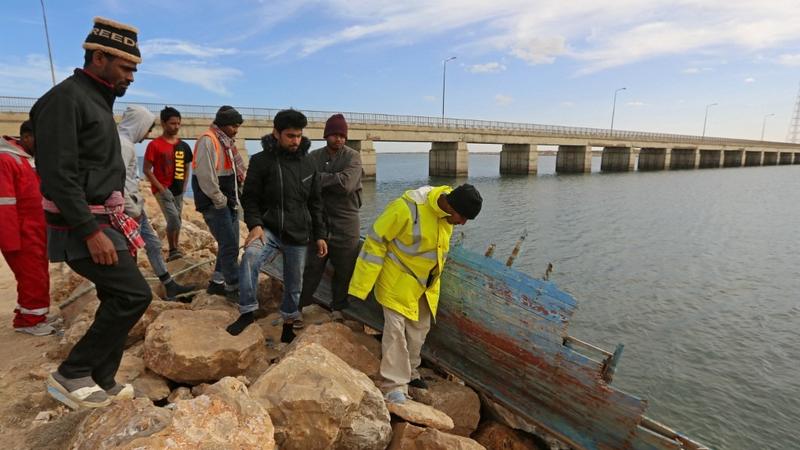 This file photo dated Jan 6, 2022 shows migrants rescued by Tunisia's national guard during an attempted crossing of the Mediterranean by boat resting on the beach at the port of el-Ketef in Ben Guerdane in southern Tunisia. (FATHI NASRI / AFP)

TUNIS - The death toll from several migrant shipwrecks off the Tunisian coast has risen to 17 people, a judicial official said on Sunday.

On Saturday the Tunisian coast guard said four boats carrying 120 African migrants headed for Italy had sunk off the coast near the city of Sfax.

Another 5 bodies were recovered on Sunday, adding to 12 found by the coast guard overnight, said Mourad Turki, spokesperson for Sfax Courts. The coast guard said 98 people had been rescued.

The coastline of Sfax has become a major departure point for people fleeing conflict and poverty in Africa and the Middle East and seeking a better life in Europe.

In recent months, dozens of people have drowned off the Tunisian coast, with an increase in the frequency of attempted crossings from Tunisia and Libya towards Italy.

Hundreds of thousands of people have made the perilous Mediterranean crossing in recent years.