By Zhang Tianyuan in Hong Kong

Hong Kong’s economy is shifting with the startup boom, especially in the fintech and life-science sectors 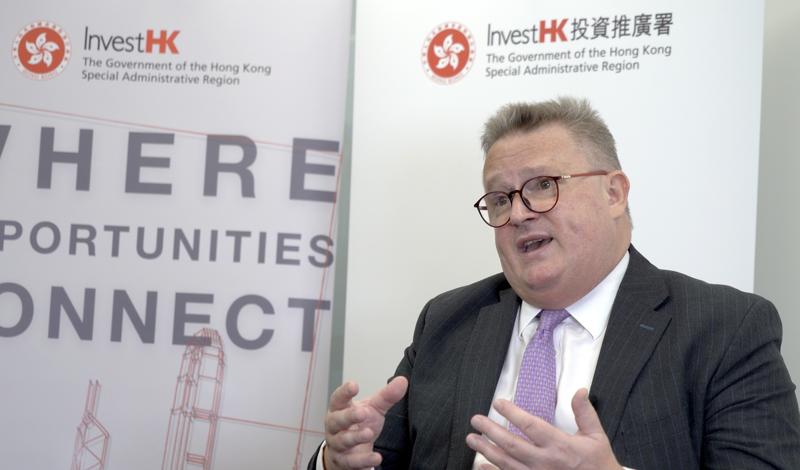 Editor’s note: In this installment of the series, the director-general of investment promotion at InvestHK shares the story of his three decades in the city.

‘I have witnessed the inexorable rise of Hong Kong and the notably remarkable developments that have taken place across the Chinese mainland,” said Stephen Phillips, who arrived in Hong Kong as a young banker in 1989 and since then has bound his life with the international trading hub.

Phillips held senior investment banking positions before co-founding several Hong Kong-based enterprises across Asia. After 11 years with a leadership position in the China-Britain Business Council, he was named in 2017 as director-general of investment promotion at InvestHK, the city government department overseeing foreign direct investment.

The embracing of innovation and technology may well be the trend that defines the future direction and success of Hong Kong, especially in the context of the Greater Bay Area.

His three-decade-long story in Hong Kong unfolds with historic moments that never fade. “I still remember I was in Beijing with my parents on the morning of June 30, 1997, and we all went back to a rainy Hong Kong to witness the return of the city to China,” he said.

The solemn Hong Kong handover ceremony was held in Hong Kong just before midnight on June 30, 1997, marking China’s resumption of the exercise of sovereignty over Hong Kong.

The central government has maintained Hong Kong’s existing governing and economic systems, distinguished from that of the mainland, under the “one country, two systems” principle since then. Under the principle, Hong Kong has been regarded as a gateway of capital inflow and outflow between the mainland and overseas markets.

“Hong Kong’s role is global, and this will continue,” Phillips said.

With the business landscape’s changes on the mainland and the rest of Asia over the past few decades, Hong Kong’s mission has evolved, and the vibrant, resilient city has showcased its ability to adapt to change, Phillips said. “We are witnessing one of those significant transitions: Hong Kong, from a role at the center of East-West trade and investment to one that is increasingly about trade and investment flows intra-Asia, and hence more ‘north-south’.”

He added: “This will be turbo-charged by the RCEP (Regional Comprehensive Economic Partnership) and technology.”

“The embracing of innovation and technology may well be the trend that defines the future direction and success of Hong Kong, especially in the context of the Greater Bay Area,” Phillips said.

The city government has injected more than HK$150 billion ($19.1 billion) into developing the innovation and technology sector since 2017, setting up several funding programs to boost high-tech firms. The city’s gross expenditure on research and development has soared 45 percent in the past five years, according to data from the Innovation, Technology and Industry Bureau. 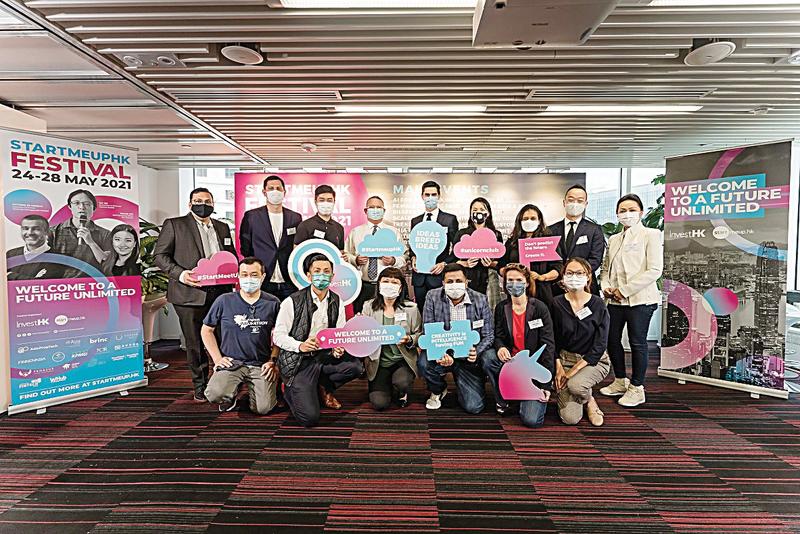 Stephen Phillips (fourth from left, second row), director-general of investment promotion at InvestHK, and other guests pose for a group photo at the launch of 2021 StartmeupHK Festival, an initiative organized by InvestHK to promote Hong Kong’s profile and help match startups with investors and other potential clients. The event this year will be held from Sept 5 to 10. (PHOTO PROVIDED TO CHINA DAILY)

“During the last five years, many big Hong Kong corporations have increasingly taken innovation to heart. So, whereas before, they would have done everything in-house, now they work much more extensively with startups, but that’s a sign of the very healthy ecosystem,” he said.

The number of startups is one of the significant gauges measuring the dynamics of the innovation and technology sector. Phillips said Hong Kong has an international startup ecosystem. “The great amount of startups brings new ideas for new services and technologies, and they work with the larger companies, which overall helps the economy modernize. More importantly, startups generate high-quality jobs, particularly for younger people.”

The number of startups in Hong Kong has more than doubled during the past seven years, from 1,558 in 2015 to 3,755 in 2021, according to an InvestHK survey. Even when the economy worldwide was hard hit by the pandemic in 2021, there was double-digit growth year-on-year in the number of startups.

Phillips said this shows the vibrancy of the startup community, explaining that one of the reasons is that startups are good at finding solutions to problems. “So, somewhat ironically, when the economy is in a difficult situation, startups can respond to those challenges faster than big companies,” he said.

Challenged by multiple global headwinds this year, such as rising inflation, supply-chain disruptions and geopolitical tensions, Phillips said, “Problems are always the lifeblood of the startup community. That’s where startups come up with new ideas.”

He also noted Hong Kong’s economy is shifting with the startup boom, especially in the fintech and life-science sectors. The government identified fintech, biotech, artificial intelligence and smart cities as four key areas in the technology and innovation industry. The number of fintech companies reached over 600 last year.

“Hong Kong is the world’s leading international financial center; therefore, fintech is a natural progression,” Phillips said. The nature of life science is research-driven, which creates demand for high-quality talent in Hong Kong universities, he said. Highly skilled professionals need to do fundamental research, and “it is the translation of the research feeding through to commercial opportunities ... then you’ve got the interplay between Hong Kong and the rest of the country. Because what the rest of the country does is give scale in terms of market potential”.

Another advantage for Hong Kong to nourish tech startups is that “they can access the Hong Kong Stock Exchange, a much more liquid capital pool than any other center in Asia. Besides, Hong Kong is in a good place in terms of markets” as it is backed by the mainland, he said.

Phillips addressed the importance of talent in the technology sector. “The old saying is that ‘money makes the world go round’. But actually, the key difference these days for a startup’s success is (having) the right talent,” he said, adding that competing for talent “is a global issue”.

He encouraged more Hong Kong young people to pursue a career in the innovation and technology sector, and suggested they think about how the world is changing and “how the workforce will change”. He added that “they need to start thinking perhaps when choosing their subjects at age of 10 or 11 to position themselves for the future. I can’t stress how important this is”.

InvestHK is playing its part in fostering Hong Kong’s startup ecosystem, including attracting overseas talent and assisting startups access the government’s funding programs and markets. The department in September will hold the StartmeupHK Festival, which aims to promote Hong Kong’s profile and help match startups with investors and other potential clients.

When talking about his work, Phillips said, “I am passionate about Hong Kong, the entire nation and Asia, and helping companies around the world capture opportunities, because that makes a difference to the people of Hong Kong. It creates jobs and improves the economic mix that will help Hong Kong flourish in the years to come.

“Leaving Hong Kong has never crossed my mind,” he said.

Although the vibrant city has been going through a turbulent and challenging period in recent years, Phillips said his confidence in the medium term has remained “resolutely upbeat”.

“At risk of being cliched, it is important to cut through the noise, to see the wood for the trees. Businesses invest on factual information and informed analysis, not headlines.”