Chaba: HKO considers hoisting signal No. 8 between 6 and 9 pm 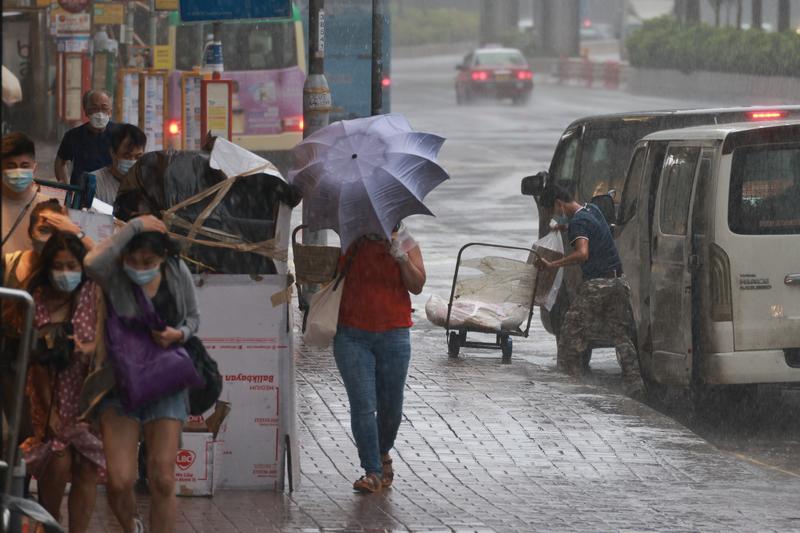 People try to hold onto their umbrellas amid a strong wind in the Central district of Hong Kong with the Hong Kong Observatory considering issuing signal No. 8 on July 1, 2022 evening due to Severe Tropical Storm Chaba. (ANDY CHONG / CHINA DAILY)

HONG KONG – With typhoon signal No. 3 in force for now due to the Severe Tropical Storm Chaba, the Hong Kong Observatory said on Friday it will consider issuing the No. 8 Gale or Storm Signal between 6 and 9 pm.

“Chaba is expected to further intensify and its associated gales will edge closer to the Pearl River Estuary later today. Local wind will strengthen further,” reads an HKO bulletin issued at 2:45pm.

According to the present forecast track, Chaba will be closest to Hong Kong Friday night and Saturday morning, skirting about 300 kilometers to the southwest of the territory, according to the bulletin.

A thunderstorm warning issued at 12:25am on Friday has been extended till 4:30 pm.

The observatory raised the Strong Wind Signal, No. 3 at 10:40 Thursday night, as Chaba edged closer to western Guangdong.

Strong winds are prevailing over Hong Kong and it is windier over the southern part of the city. Seas are rough with swells

In the past few hours, Chaba continued to track northwest. Its associated rainbands are occasionally bringing heavy showers and violent gusts to the coast of Guangdong, it said.

Strong winds are prevailing over Hong Kong and it is windier over the southern part of the city. Seas are rough with swells.

People have been advised to stay away from the shoreline, and not to engage in water sports. 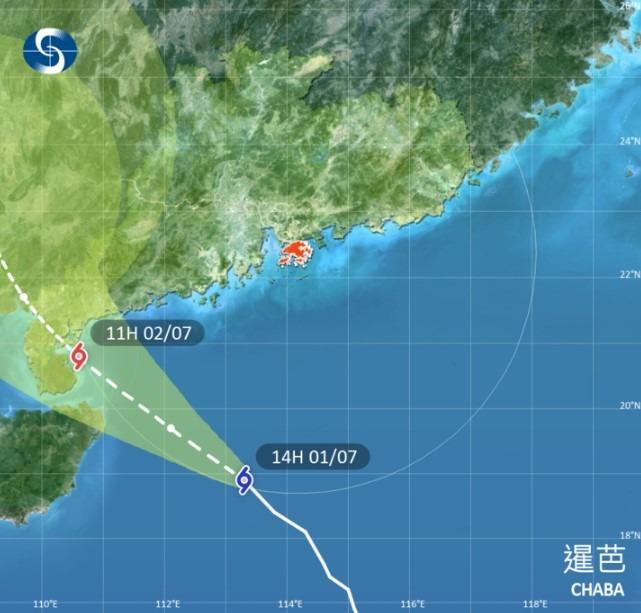 This screenshot taken from the website of the Hong Kong Observatory shows the path Severe Tropical Storm Chaba is expected to take.

The ministry has urged local departments in the southern provincial regions of Guangdong, Guangxi and Hainan to strengthen monitoring and take precautionary measures against floods and mountain torrents.

Three working groups have been sent to these areas to guide local efforts to prevent damage from typhoons and heavy rainfall, said the ministry. 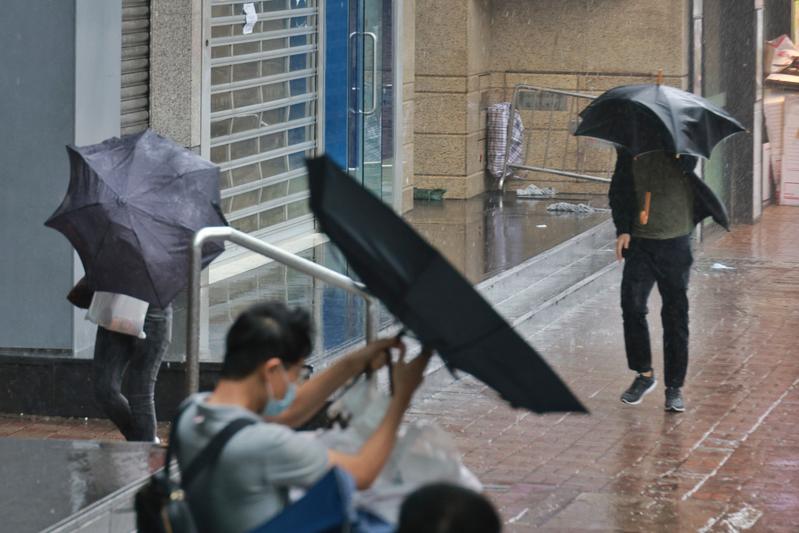 Resident struggle to keep their umbrellas straight amid a strong wind in the Central district of Hong Kong with the Hong Kong Observatory considering issuing signal No. 8 on July 1, 2022 evening. (ANDY CHONG / CHINA DAILY)

The mainland has a four-tier flood control emergency response system, with level I being the most severe response.

Typhoon Chaba, the third this year, is expected to make landfall this weekend on the coast from east Hainan to west Guangdong, according to the National Meteorological Center.

From Friday to next Monday, typhoon-triggered gales and rainstorms are likely to hit most parts of southern China, the observatory said, urging precautionary measures against mountain torrents, geological disasters and floods.

The current supplies in downpour-affected areas are generally sufficient, Commerce Ministry Spokesperson Shu Jueting told a press conference Thursday, adding that smooth operation of the necessities market during the flood season will be guaranteed.