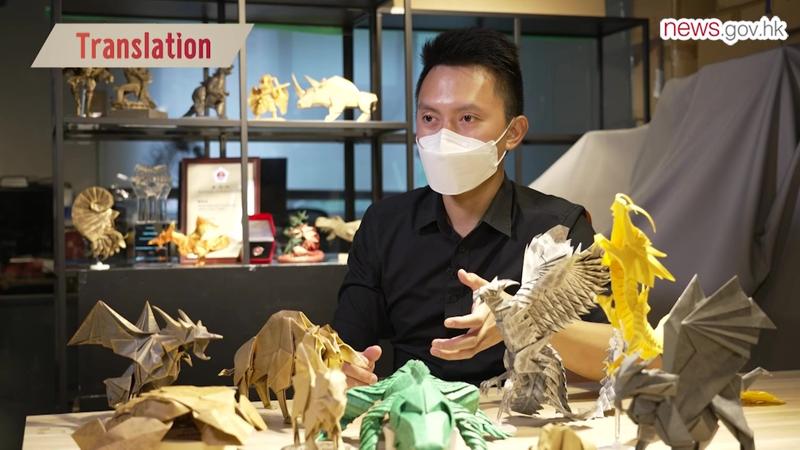 To celebrate the 25th anniversary of the establishment of the Hong Kong Special Administrative Region, a 29-year-old origami artist is holding an exhibition in Admiralty with artworks inspired by the city’s path to prosperity.

Chan said his fascination with origami began at the age of 12 when he saw a folding dragon made by a Japanese origami master. Since then he has turned a hobby into art.

Artist Kade Chan said his fascination with origami began at the age of 12 when he saw a folding dragon made by a Japanese origami master. Since then he has turned a hobby into art

“The theme of these origami artworks is inspired from our homeland, Hong Kong, including the wild bull, turtle, fiddler crab and the salt water crocodile ‘Pui Pui’,” Chan said.

“These origami can represent Hong Kong because all these artworks start from a piece of paper. After different folding methods, they become an artwork. Just like Hong Kong, it faced different challenges in the past 25 years when it returned to the motherland. However, we have a brilliant situation now,” he said.

“The Phoenix, for example, means ‘rebirth from nirvana’, like Hong Kong going through years of challenges, and then afterwards it can be reborn into a new era,” he added. 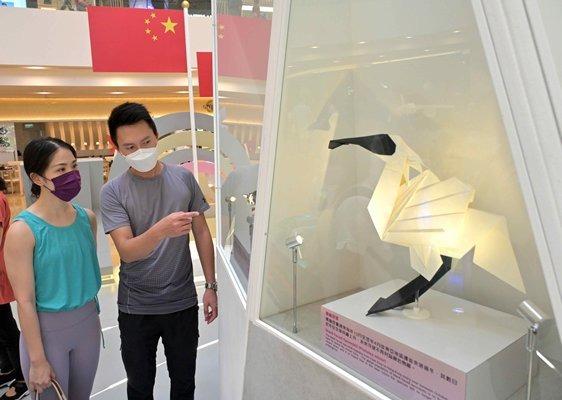 Origami artist Kade Chan introduces his artwork to a visitor and says the theme of the origami is inspired by Hong Kong. (PHOTO / HKSAR GOVERNMENT)

To make the origami appear more lifelike, Chan used a special painting technique. Painting the edges increased the sense of three-dimensionality and layering while also making the origami look not like paper but like a sculpture.

Chan said he not only focuses on how to fold the paper, but also does research before starting work. He usually needs two to three weeks of study before embarking on a new origami project, while making the artwork itself can involve several hours of folding. 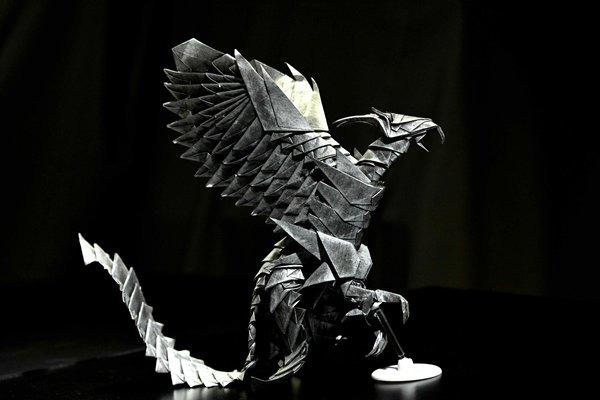 Chan pointed out that one of his artworks, The Phoenix, means  'rebirth from nirvana', representing Hong Kong going through years of challenges, then being reborn into a new era. (PHOTO /  HKSAR GOVERNMENT)

“The most challenging part is how to make the artwork from a piece of paper. There are many overlapping parts; it will become thicker and more difficult to fold. That is why we say 70 percent of the time for preparation work, and the rest of the 30 percent for making the piece,” he said.

To appreciate these works of art, residents can visit the exhibit on Level 1 of Pacific Place until July 10. 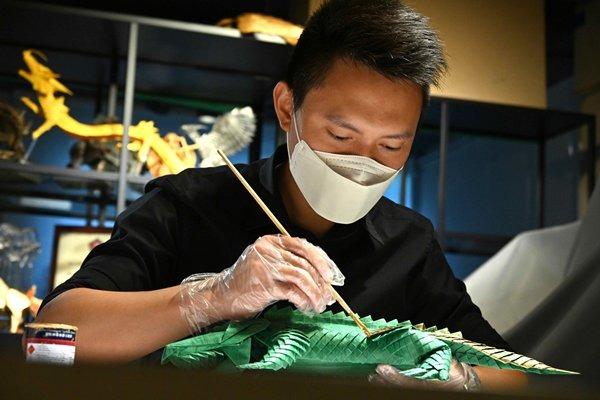 Chan paints the edges of the origami to enhance the sense of three-dimensionality and layering, as well as to make it look not like paper but like a sculpture. (PHOTO / HKSAR GOVERNMENT) 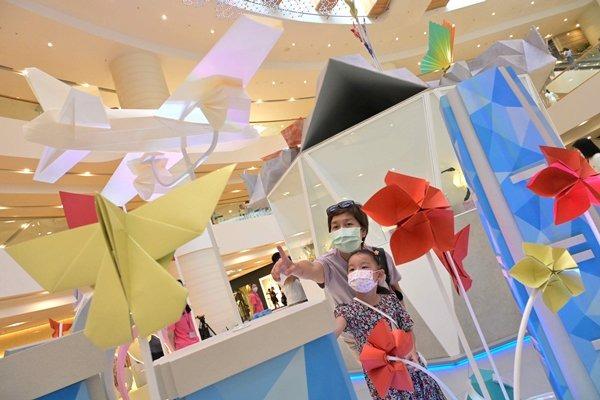 There are different installations in the exhibition for visitors to take photos. (PHOTO / HKSAR GOVERNMENT) 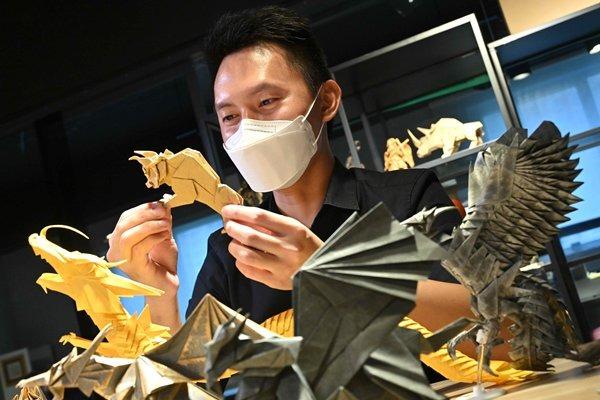 Chan’s fascination with origami began at the age of 12 when he saw a folding dragon made by a Japanese origami master. (PHOTO / HKSAR GOVERNMENT) 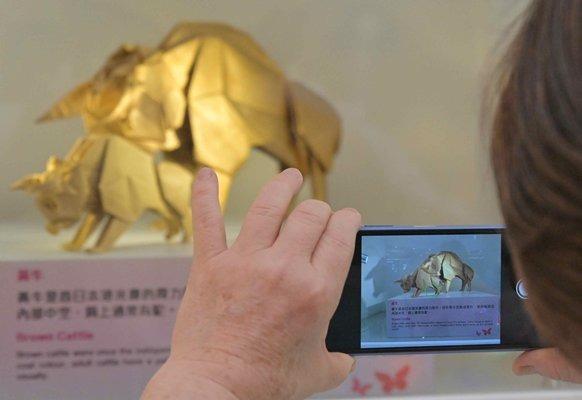 The artworks from "Celebrating peace & prosperity in Hong Kong through paper folding" inspire a visitor to take a picture. (PHOTO / HKSAR GOVERNMENT) 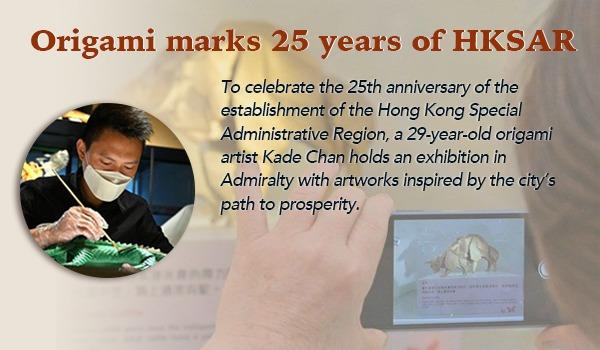