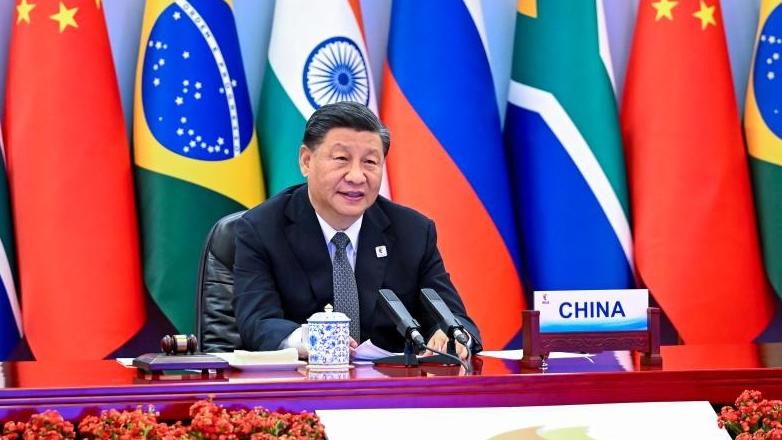 No country or individual should be left behind, the Chinese leader said.

Development at center of global agenda

President Xi stressed placing development at the center of international agenda, calling for implementing the UN's 2030 Agenda for Sustainable Development and building a political consensus that development is valued by all people and cooperation is jointly pursued by all countries.

Development is being politicized and marginalized by some countries that are forming "small yards with high fences”, said President Xi

The COVID-19 pandemic has eroded the gains of global development over the past many years, and the implementation of the UN's 2030 Agenda for Sustainable Development has been confronted with headwinds, he said.

The North-South gap has kept widening, and the food and energy security is faced with crises, he added.

The Chinese president also said development is being politicized and marginalized by some countries that are forming "small yards with high fences," imposing maximum sanctions, and deliberately creating division and confrontation.

Meanwhile, people around the world have even stronger aspirations for peace, development and cooperation, with the emerging markets and developing countries firming up the resolve to stay united and seek self-strengthening, he said.

Recounting the story and his experience of being a farmer on the Loess Plateau in the late 1960s, he said that after visiting cities, towns and villages across China and many countries in the world throughout the years, one deep impression he got is that only through continuous development can the people's dream for a better life and social stability be realized.

Calling for accelerating technology transfer and knowledge sharing, he said efforts should be made to step up scientific and technological innovation as well as institutional innovation, advance modern industries, bridge the digital gap, and speed up low-carbon transition to achieve stronger, greener and healthier global development.

A time full of challenges, hopes

We should recognize the prevailing trend of the world, shore up confidence and act with unity as well as determination to promote global development, he added.

China to work with all sides

President Xi said China will work with all parties to promote cooperation in key areas.

Efforts will be made to strengthen innovative research and development as well as joint production of vaccines, and to promote ecological protection and sustainable utilization of land and sea, Xi said.

China will work to boost connectivity in the digital era so as to inject new impetus into the development of countries all over the world, he added.

The Chinese president called for sincere and concerted efforts to boost development, build an open world economy, and construct a fairer and more just global governance system and institutional environment.

Practicing protectionism and forming small cliques will only end up hurting and isolating oneself, he said.

Aany country that imposes maximum sanctions will only hurt itself and others. Seeking decoupling and blocking supply chains will not work, he added.

China will also increase input to the UN Peace and Development Trust Fund. Such efforts will further support cooperation under the Global Development Initiative, he added.

Countries should support the United Nations' coordinating role in global development cooperation, the Chinese leader said at the High-level Dialogue on Global Development.

He also said countries should encourage the industrial and commercial sectors, social organizations, media and think tanks to participate in global development cooperation.