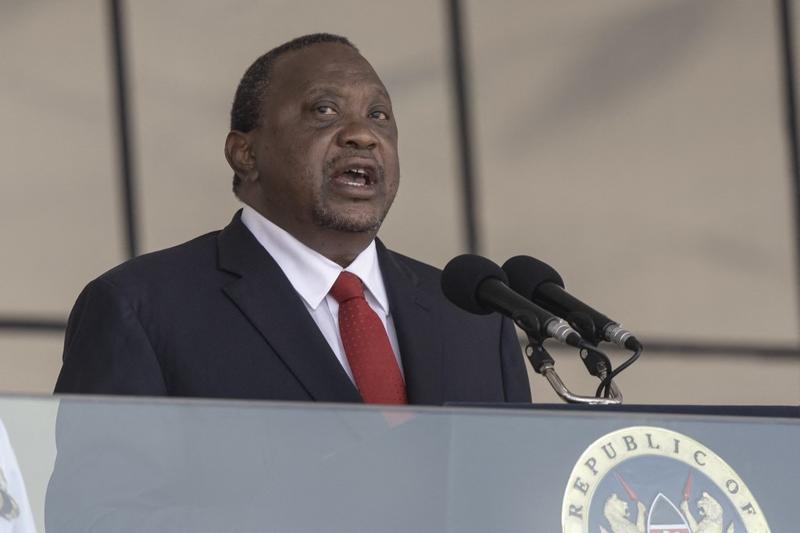 KINSHASA – Kenya's President Uhuru Kenyatta on Wednesday called for the immediate deployment of a new regional military force to try to stop rebel violence in eastern Democratic Republic of Congo.

Kenya's President Uhuru Kenyatta's call comes against the backdrop of a major offensive in eastern Congo by the M23 rebel group, which on Monday seized a strategic town on the Ugandan border

The seven countries of the East African Community, which Congo joined this year, agreed in April to set up a joint force but had not specified when it might be deployed.

"The East African Regional Force shall be deployed to the Ituri, North Kivu and South Kivu provinces immediately to stabilize the zone and enforce peace in support of the DRC security forces and in close coordination with MONUSCO (UN peacekeeping force)," Kenyatta said in a statement.

His call comes against the backdrop of a major offensive in eastern Congo by the M23 rebel group, which on Monday seized a strategic town on the Ugandan border.

The offensive by the M23, whose last major insurrection captured swaths of the eastern Congo countryside in 2012 and 2013, has rekindled tensions between Congo and neighboring Rwanda. Congo accuses Rwanda of supporting the M23, including by sending its own troops across the border. Rwanda denies this.

The precise composition of the EAC force, including whether it would include Rwandan soldiers, has not been announced.

Rwanda and Uganda invaded Congo twice in the 1990s, leading to wars that sucked in more than half a dozen regional countries, cost millions of lives and spawned militias that remain active to this day.

Kenya said preparations for the deployment should be finalized at a meeting of regional commanders in Nairobi on Sunday.
ALSO READ: Fresh Ebola cases fuel concerns in eastern DRC

It was not clear from Kenyatta's statement whether Congo had approved the deployment. Congolese authorities could not be immediately reached for comment.