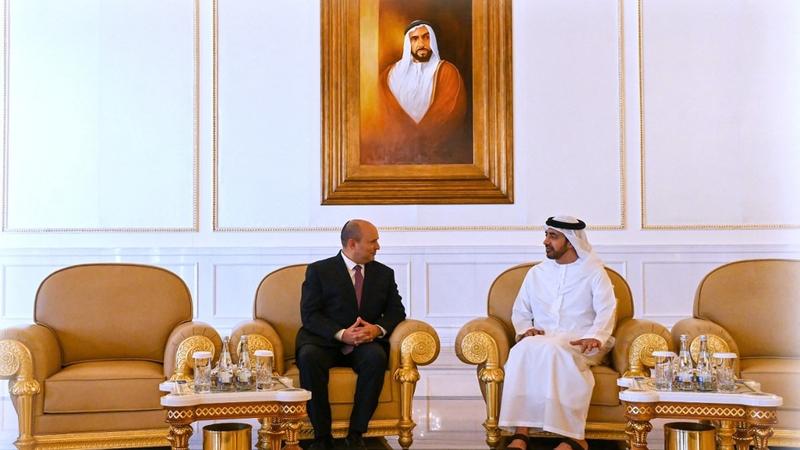 JERUSALEM - Israeli Prime Minister Naftali Bennett arrived in the United Arab Emirates on Thursday and will meet its president, Sheikh Mohammed bin Zayed al-Nahyan, according to an Israeli statement.

Bennett's Abu Dhabi visit, his third in recent months, had not previously been announced.

The two leaders, whose countries opened relations two years ago, would discuss "various regional issues", the Israeli government said in the statement but provided no detail.

"Today, together, we will take to the special bond that has been woven between our countries to the next level," Bennett was quoted in the statement as saying.