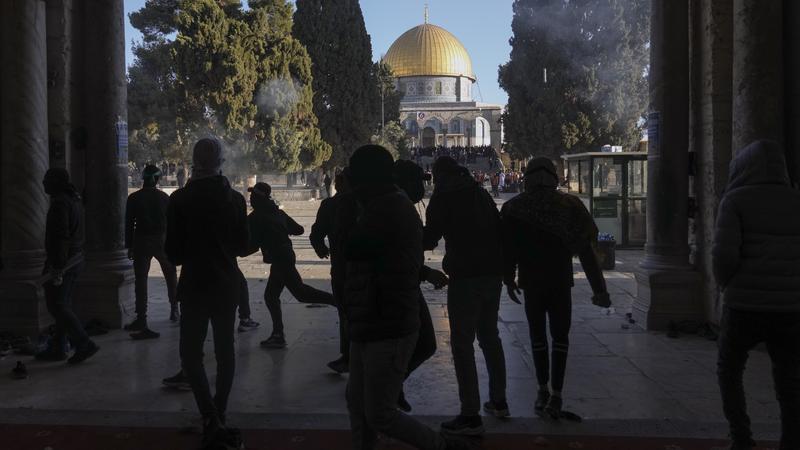 DUBAI/JERUSALEM - Reem bint Ebrahim Al Hashimy, the United Arab Emirates minister of state for International Cooperation (MoFAIC), has summoned Amir Hayek, Israeli ambassador to the UAE, to "strongly protest and denounce the events taking place in Jerusalem's Al-Aqsa Mosque," according to a MoFAIC statement on Tuesday.

The UAE protested the "attacks on civilians and incursions into holy places that resulted in the injury of a number of civilians," the statement said.

Al Hashimy stressed the need to immediately stop these events, provide full protection for worshipers, respect the right of Palestinians to practice their religious rites, and halt any practices that violate the sanctity of Al-Aqsa Mosque, it added.

The UAE is calling for a return to serious negotiations aimed at achieving a just and comprehensive peace and the establishment of an independent Palestinian state on the 1967 borders with East Jerusalem as its capital.

He made the remarks after meeting a special Israeli commando unit in the occupied West Bank, a day after militants from Gaza fired a rocket towards southern Israel.

"If Hamas leaders decide to undermine stability, the moves we have made to develop Gaza's economy will be rolled back. We will not allow terrorists and provocateurs to harm the holy places," Gantz said in a statement.

The attack came amid recent tensions between Israel and the Palestinians in East Jerusalem, mainly around the Al-Aqsa Mosque compound, where some 200 Palestinians have been injured in clashes with Israeli police since Friday.