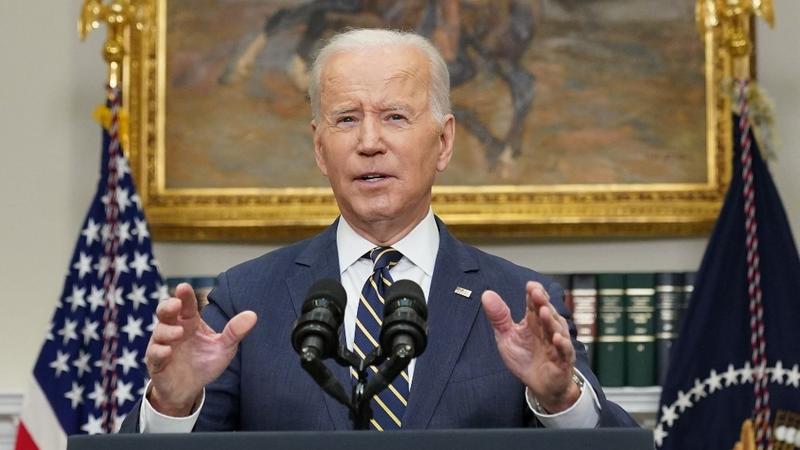 US President Joe Biden speaks about trade with Russia, from the Roosevelt Room of the White House in Washington, DC, on March 11, 2022. (MANDEL NGAN / AFP)

The two leaders discussed over the phone Iran's demand to delist its Islamic Revolution Guards Corps from the US terror list, according to a statement by the office.

"I am sure that President Biden, a true friend of Israel who cares about its security, will not be able to remove the IRGC from the list of terrorist organizations," Bennett said in the statement.

"Israel has clarified its position on the issue: The IRGC is the largest terrorist organization in the world," he added.

They also talked about the ongoing efforts between Israeli and Palestinian officials to lower tensions and ensure a peaceful conclusion to the holy season of Ramadan, according to a statement from the White House.

The phone talk came as world powers and Iran are working to renew the 2015 nuclear agreement, which former US President Donald Trump pulled Washington out of in May 2018. The United States later reimposed sanctions on Iran, prompting the latter to drop some of its nuclear commitments under the agreement.

ALSO READ: Biden expected to visit ROK in May for summit with Yoon

Israel, which considers Iran its arch-foe, has been lobbying against the revival of the deal, claiming it will enable Iran to pursue nuclear weapons without the burden of sanctions, while Iran maintains that its nuclear program is peaceful.