EU's sanctions on Russia weigh on own economy 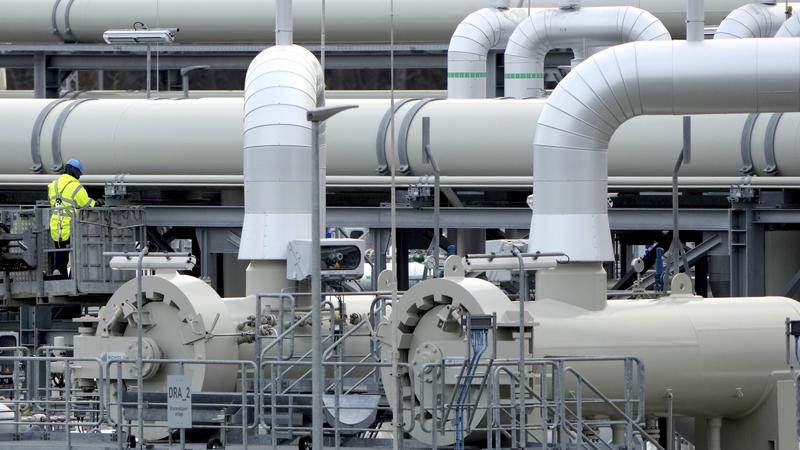 Pipes at the landfall facilities of the 'Nord Stream 2' gas pipeline are pictured in Lubmin, northern Germany, on Feb 15, 2022. (MICHAEL SOHN / FILE / AP)

BRUSSELS - The EU on Friday adopted a sixth sanctions package against Russia, poised to phase out almost 90 percent of Russian oil imports into the bloc by the end of the year.

By targeting Russia's oil exports, the EU is trying to wean itself off the oil supplies from its single largest energy supplier, a move that will elevate the already-surging inflation and put its fragile economic growth at greater peril.

According to the EU's measures, imports of crude oil from Russia to the EU by sea will be banned in six months while refined petroleum products will be phased out in eight months

After a special summit held here, EU leaders agreed on Monday night to ban "more than two thirds" of Russian oil imports to the bloc, President of the European Council Charles Michel tweeted, referring to the move as a maximum pressure on Russia to end the ongoing conflict.

According to the measures, imports of crude oil from Russia to the EU by sea will be banned in six months while refined petroleum products will be phased out in eight months.

Deliveries of Russian crude via the Druzhba pipeline, one of the world's longest oil pipeline which runs through Poland, Germany, Hungary, Slovakia and the Czech Republic, will be exempt from the embargo for an indefinite time, local news outlets reported.

It is not an easy move for the EU to cut off the import of Russian oil.

The 27-country EU relies on Russia for 30 percent of its oil consumption. In 2021, the EU imported $51 billion of crude oil and 24.6 billion dollars of refined products from Russia. 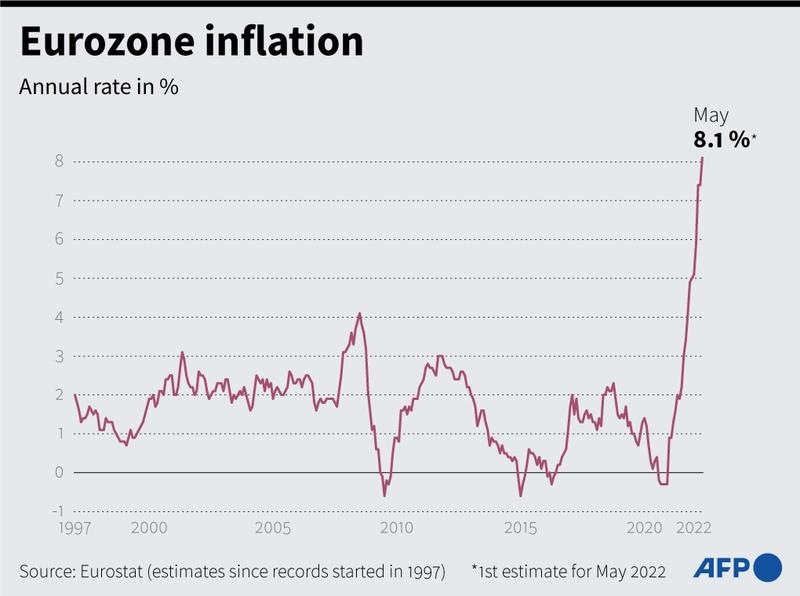 This AFP graphic dated May 31, 2022 shows the chart of inflation rate in the eurozone since Eurostat records started in 1997.

In spite of the intensified efforts of the EU countries to secure oil supplies from other countries, industry analysts say it will be nearly impossible for the EU to fill the gap if Russian oil is totally banned

In spite of the intensified efforts of the EU countries to secure oil supplies from other countries, industry analysts say it will be nearly impossible for the EU to fill the gap if Russian oil is totally banned.

Hungary, which imports 65 percent of its oil from Russia through pipelines, has asked for an exception from the ban along with Slovakia and the Czech Republic.

Hungary's Prime Minister Viktor Orban said that the EU sanctions against Russia will wreak havoc on the country's economy.

ALSO READ: US, EU divided on new sanctions against Russia in hasty meetings

Commenting on the proposal to ban Russian oil imports, Ursula von der Leyen, president of the European Commission, said on May 4 that "finally, we now propose a ban on Russian oil. Let's be clear: it will not be easy."

The latest sanctions have been seriously questioned by some analysts especially at a time when high inflation is threatening the economic recovery in the EU.

The inflation in the euro area hit another historical high of 8.1 percent in May, the statistical office of the EU announced recently.

High inflation has become a challenge for EU members, with inflation rates climbing to 7.9 percent in Germany, 5.8 percent in France, 7.3 percent in Italy, 8.5 percent in Spain in May. In a few other countries including Slovakia and Greece, the inflation went up over 10 percent in April.

The European Commission forecast that the inflation in the EU could stand at 6.8 percent in 2022.

Stubbornly high inflation levels pile pressure on the European Central Bank (ECB) to tighten its monetary policies in order to tame price hikes. The market has been betting on an interest rate rise from the ECB in July.

The ECB warned earlier that the surging prices stemming mainly from soaring energy prices and disrupted supply chains can hardly be brought down by raising interest rates.