US, EU divided on new sanctions against Russia in hasty meetings 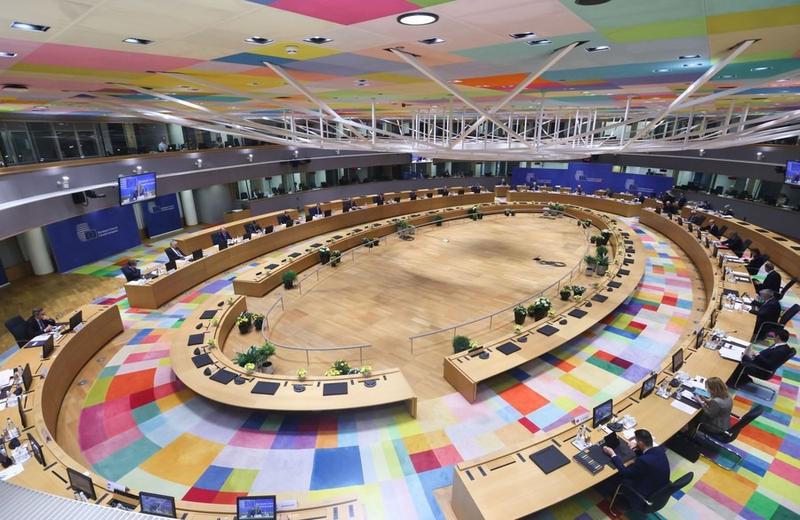 BRUSSELS - Three intensive summits in two days — US President Joe Biden squeezed his schedule for Thursday and Friday when he rushed to Brussels to shake hands, pose for pictures and tried to coax a display of unity with European partners, but he nonetheless failed to talk them into more sanctions against Russia.

Following the North Atlantic Treaty Organization summit and G7 gathering, the summit of the European Council came last on Thursday and continued on Friday, during which the Ukraine crisis was the major focus.

Despite a seemingly unanimous tone against Russia across such transatlantic partnerships, geopolitical concerns and different interests are at play, making it difficult to balance the demands of various parties

Despite a seemingly unanimous tone against Russia across such transatlantic partnerships, geopolitical concerns and different interests are at play, making it difficult to balance the demands of various parties

The European Council summit on Thursday failed to agree on additional sanctions against Russia, despite Biden's presence — a reflection of different positions among members of the European Union as they become increasingly wary of consequences of such actions given existing challenges they face due to the Ukraine crisis.

While Biden was busy "showcasing unity" at Thursday's summit, the White House announced new sanctions against the Russian State Duma and a number of what it called "oligarchs" as well as several financial institutions and their leaders. 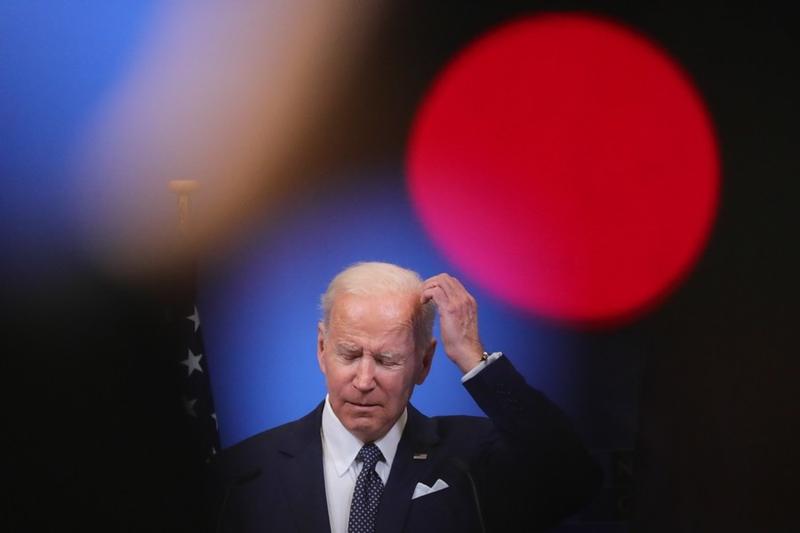 By contrast, EU leaders, after an exchange of views with the US president on transatlantic cooperation in the context of the Ukraine crisis, concluded that the bloc would not impose more sanctions against Russia.

"The European Union has so far adopted significant sanctions that are having a massive impact on Russia and Belarus, and remains ready to close loopholes and target actual and possible circumvention as well as to move quickly with further coordinated robust sanctions," the bloc said in a press release.

Speaking to reporters ahead of the EU summit, Dutch Prime Minister Mark Rutte said he did not expect EU leaders to agree on additional sanctions on Thursday, while stressing that the Netherlands would support such extra sanctions. 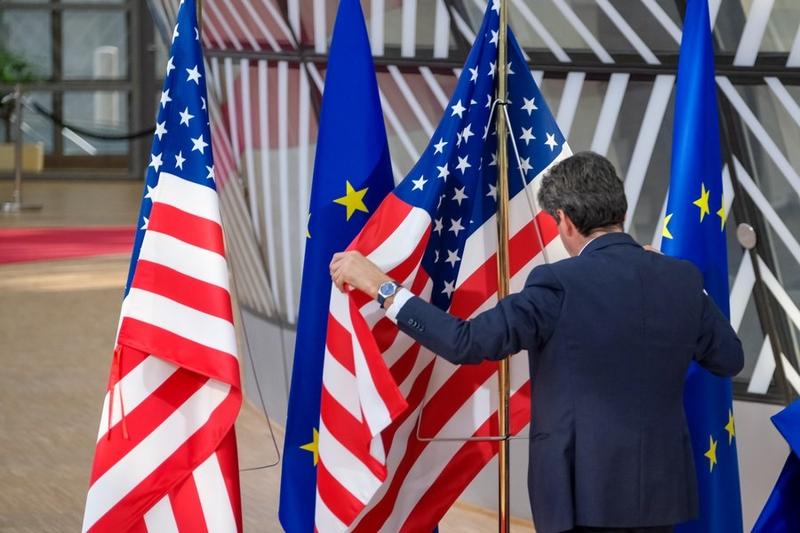 A staff member hangs a US national flag before US President Joe Biden arrives for the European Council meeting in Brussels, Belgium, March 24, 2022. (ZHANG CHENG/XINHUA)

Acknowledging the massive fallout of existing EU sanctions on Russia, Greek Prime Minister Kyriakos Mitsotakis cautioned that the EU may also bear the brunt of these sanctions.

Statistics show that currently, over 40 percent of the EU's natural gas and 25 percent of its oil consumption come from Russia — a reality that makes the EU's following the US ban on Russian energy imports unrealistic, despite mounting pressure from Washington

"We should be very careful to ensure that any measures we implement do not end up being more painful for European citizens than for Russia," he said ahead of the EU summit.

Greece's stance is echoed by Belgian Prime Minister Alexander De Croo, who told the press that any possible new sanctions should hit Russia harder than the EU.

"The basic rule is that sanctions must have a much greater impact on the Russian side than on the European side. We don't wage war on ourselves," De Croo noted.

Mitsotakis also pointed out the focus should instead be shifted on the implementation. "We should now focus on making sure that there are no 'leaks' in terms of the implementation of sanctions, that all the countries that are part of this alliance are participating in the sanctions," Mitsotakis said.

Luxembourg Prime Minister Xavier Bettel also ruled out new sanctions until Russia "crosses another line." "If we want to have new sanctions, we need to have them as a reaction to something," he said. 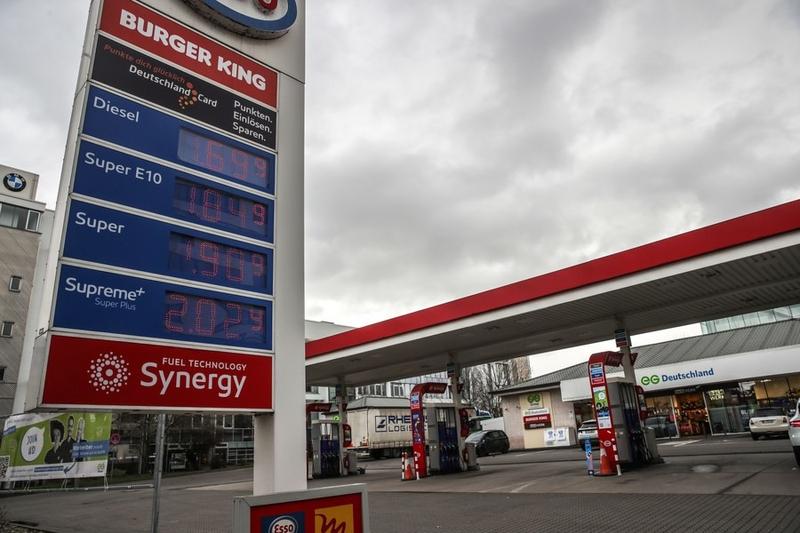 Photo taken on Feb 25, 2022 shows diesel and gasoline prices displayed on a screen at a gas station in Frankfurt, Germany. (ARMANDO BABANI / XINHUA)

Although the United States and the EU announced a task force on Friday to reduce Europe's reliance on Russian fossil fuels, several European countries, including Germany, remain reluctant to announce drastic measures against Russia's energy for fear of aggravating supply disturbances.

Various politicians and experts have said the expectation that Europe could cut itself off Russian energy entirely looks too sanguine.

"It takes weeks or months before you can switch countries like Germany or certain Eastern European countries from Russian oil to different oil supplies. In the case of gas, it takes even longer. Coal could go faster," Rutte said.

Statistics show that currently, over 40 percent of the EU's natural gas and 25 percent of its oil consumption come from Russia — a reality that makes the EU's following the US ban on Russian energy imports unrealistic, despite mounting pressure from Washington. 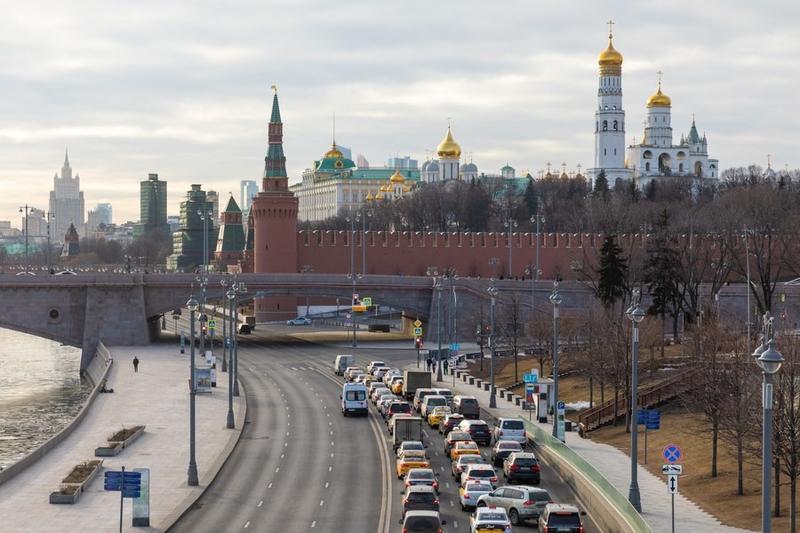 "But Biden will have to be wary of making promises his administration can't keep," said US news portal Politico on Monday in an article. "The sheer scale of Europe's gas needs in a market that is already running tight on supply will create a huge hurdle, as will the US government's relatively small influence on short-term issues in the energy markets."

The EU has no realistic path to replace all of the Russian natural gas it needs even if the US boosts exports or other states divert shipments, former Texas industry regulator Ryan Sitton told Sputnik.

"There's no way to just completely remove Russian gas from the European market — it makes up far too large of a portion of the amount of gas that they use," Sitton said.

"Western countries could decide to direct their gas to Europe and that will supplant some of the Russian gas but, practically speaking, there's not a realistic way to replace all of it," said Sitton.