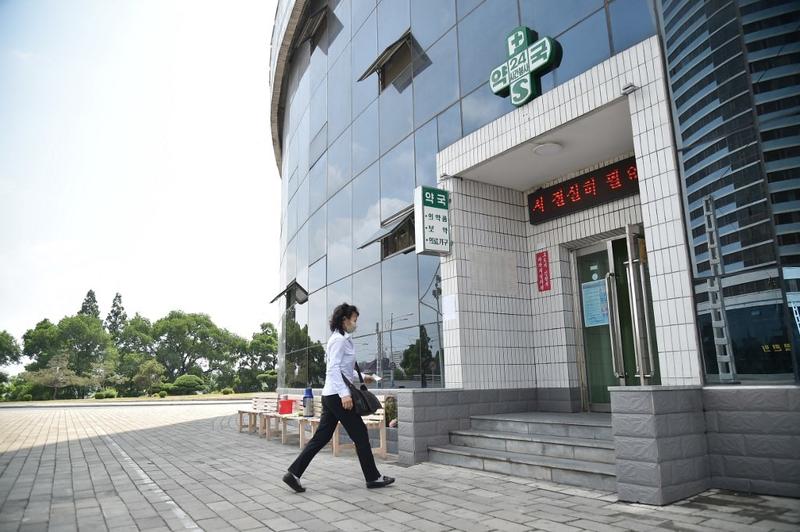 A woman walks into a pharmacy to purchase medicine in Pyongyang on May 27, 2022. (KIM WON JIN / AFP)

SEOUL – The Democratic People’s Republic of Korea’s daily fever cases dropped to below 100,000 for the first time, state media said on Saturday, less than three weeks after the country's first acknowledgement of a COVID-19 outbreak.

The country has been in a heated battle against an unprecedented COVID wave since declaring a state of emergency and imposing a nationwide lockdown this month.

The total number of fever patients since April rose to 3.36 million among the 25 million population

READ MORE: More than 78% of fever cases in DPRK recover

The total number of fever patients since April rose to 3.36 million among the 25 million population. KCNA did not report any additional death. As of Friday, the death toll stood at 69.

The DPRK has not confirmed the total number of people testing positive for the coronavirus. But state media said "all sectors and units" in the country are "maintaining the maximum alert and mobilized posture" to fight the virus, with authorities pushing for a "strict, prompt and advanced" medical check-ups and tests.

"Multiple protective walls have been established for the lockdown and closure of the capital city, border, front, coasts, seas and airspace to thoroughly check the inroads of new virus variants," KCNA added.