More than 78% of fever cases in DPRK recover 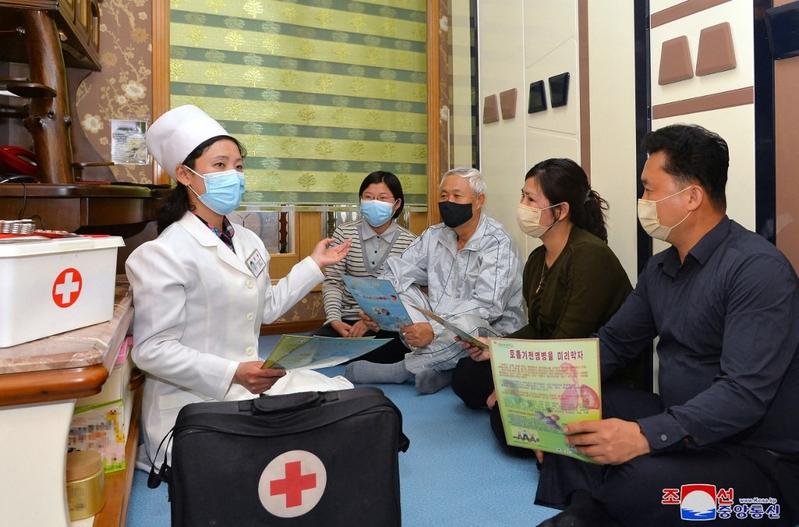 This picture taken on May 17, 2022 and released from the DPRK's official Korean Central News Agency on May 18 shows a doctor promoting pandemic control measures to prevent the spread of COVID-19 in Pyongyang. (STR / KCNA VIA KNS / AFP)

Since late April, over 2.64 million fevered persons have been recorded, of whom more than 2.06 million had recovered by Saturday evening, and the death toll was 67, according to the report.

Since late April, over 2.64 million fevered persons have been recorded, of whom more than 2.06 million had recovered by Saturday evening, and the death toll was 67

From late Friday to late Saturday, more than 186,090 fevered persons were recorded across the country, while 299,180 patients were cured, said the report, citing information from the state emergency pandemic prevention headquarters.

In another report on Sunday, the KCNA said the epidemic "shows a positive trend from a rapid growth in the beginning to a decline after being stably controlled and managed."

To stabilize the situation in a nationwide anti-pandemic campaign, government officials have scrupulously organized the work for supplying food, drinkable water, condiments and non-staple foods uninterruptedly to residents, according to the KCNA.

More than 1 million people, including medical workers, teachers and students of medical colleges, have been involved in the ongoing effort to carry out medical check-ups, treatment and hygienic information service to block the spread of the epidemic and eradicate its source.

Meanwhile, over 70 types of medicine were supplied to more than 4,900 medicine management offices and at least 4,300 pharmacies nationwide in just two days from Tuesday to Thursday.

The KCNA reported on May 12 that the DPRK confirmed its first-ever COVID-19 case.

India's COVID-19 tally rose to 43,136,371 on Sunday, as 2,226 new cases were registered during the past 24 hours across the country, showed the federal health ministry's latest data.

Besides, 65 deaths were reported from the pandemic across the country since Saturday morning, taking the total death toll to 524,413.

So far, 42,597,003 people have been successfully cured and discharged from hospitals, of whom 2,202 were discharged during the past 24 hours. 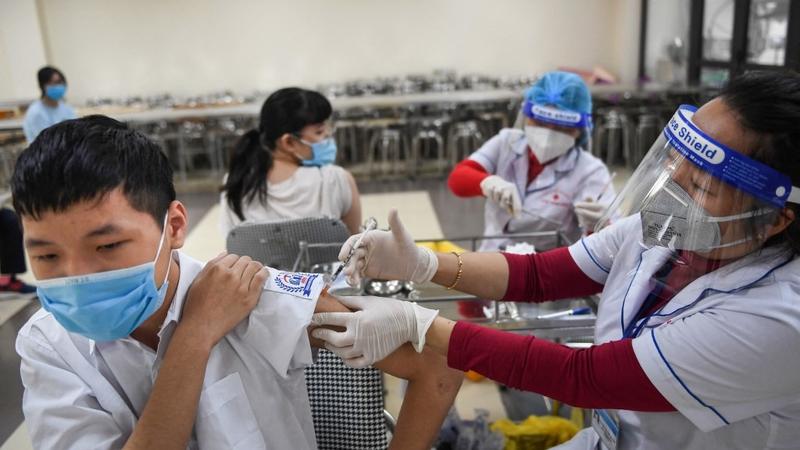 Medical staff administer doses of the Pfizer/BioNTech COVID-19 coronavirus vaccine to youths between the age of 12 and 17 in Hanoi on Nov 23, 2021. (NHAC NGUYEN / AFP)

Vietnam recorded 1,319 new COVID-19 cases on Sunday, down by 138 from Saturday, according to its ministry of health.

All the new infections were domestically-transmitted in 42 provinces and cities.

Nearly 219.1 million doses of COVID-19 vaccines have been administered in the country, including more than 198.2 million shots on people aged 18 and above, said the ministry.

Vietnam has by far gone through four coronavirus waves of increasing scale, complication, and infectivity. As of Sunday, it has registered more than 10.7 million locally transmitted COVID-19 cases since the start of the current wave of infections in April 2021, said the health ministry.