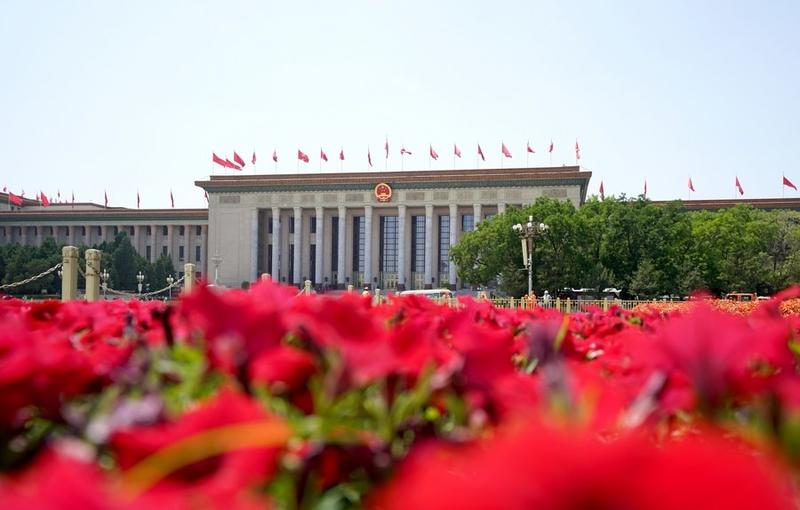 This May 28, 2020 photo shows a view of the Great Hall of the People in Beijing, capital of China. (XING GUANGLI / XINHUA)

BEIJING – Xi Jinping, general secretary of the Communist Party of China (CPC) Central Committee, on Friday presided over a meeting of the Political Bureau of the CPC Central Committee to deliberate a regulation on the Party's work regarding political consultation.

Political consultation is also an important means of pooling wisdom, enhancing consensus, and promoting scientific and democratic decision-making, it added.

The regulation is of great importance for strengthening the CPC's leadership over the work of political consultation, improving the work, upholding and improving the country's new model of political party system, and consolidating and developing the patriotic united front, according to the meeting.

The meeting stressed implementing Xi's important thoughts on strengthening and improving the united front work as well as the work of the Chinese People's Political Consultative Conference, and upholding and strengthening the Party's overall leadership to ensure the right political orientation and the efficiency of political consultation.

It stressed efforts to build consensus through political consultation and achieve unity in understanding on fundamental and major issues, so as to rally strength from all sectors closely around the CPC and form synergy in building China into a modern socialist country in all respects and achieving national rejuvenation.