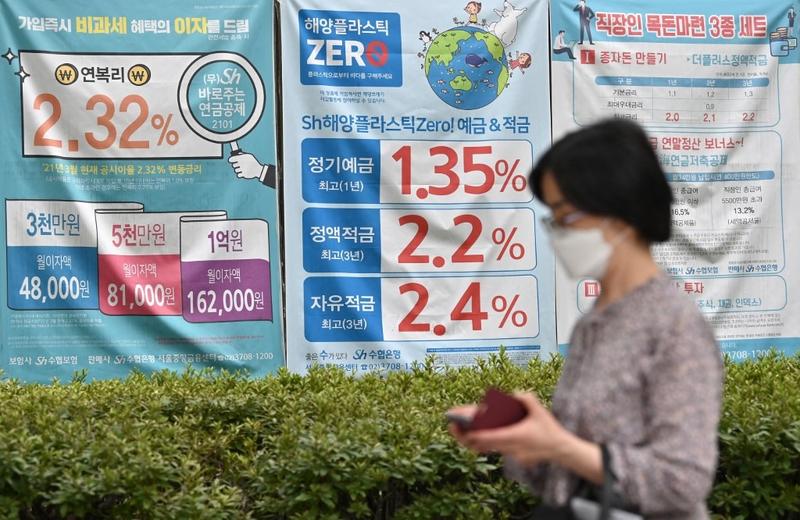 Bank of Korea Governor Rhee Chang-yong and other monetary policymakers decided to lift the benchmark seven-day repurchase rate by a quarter percentage point to 1.75 percent.

The BOK set off its tightening monetary policy since last summer, increasing the key rate by 25 basis points to 0.75 percent in August and 1.00 percent in November last year, and to 1.25 percent in January and 1.50 percent in April this year.

The BOK's back-to-back rate hikes marked the first time in more than 14 and a half years since the bank implemented the tightening monetary policy in July and August 2007 respectively.

The rate hike was in line with market expectations. According to the Korea Financial Investment Association survey of 100 fixed-income experts, 94 percent predicted the rate increase this month.

The BOK has been under pressure to counter inflation, which surged to a level that more than doubles the BOK's mid-term inflation target of 2 percent.

Consumer prices advanced 4.8 percent in April from a year earlier, logging the highest in 13 and a half years since October 2008.

Global commodity prices were heightened by geopolitical risks in Europe and supply chain disruptions, resulting in higher import costs that drove the country's trade balance into deficit this year.

Inflation expectations, which gauge outlook among consumers over headline inflation for the next 12 months, rose to 3.3 percent in May, the highest in over nine and a half years since October 2012.

The BOK said in a statement that consumer price inflation was forecast to remain high in the 5-percent range "for some time" and run at the mid-4 percent level for the year overall.

The bank expected the South Korean economy to sustain its recovery thanks to the improved private consumption, despite slower export growth caused by moderation in global economic growth.

The BOK said it will put more emphasis on inflation for some time as inflation was expected to run above the target level "for a considerable time," indicating further rate increases.

The BOK said it will put more emphasis on inflation for some time as inflation was expected to run above the target level "for a considerable time," indicating further rate increases

The US Federal Reserve's swift rate hikes put the BOK on alert as the belated response may force foreign fund out of the South Korean financial market.

The Fed took a big step earlier this month to raise its benchmark interest rate by 0.5 percentage points to a range of 0.75-1.00 percent, narrowing the gap in policy rates between South Korea and the United States.

The South Korean government of President Yoon Suk-yeol submitted its biggest-ever supplementary budget bill to the parliament just two days after Yoon's inauguration on May 10.