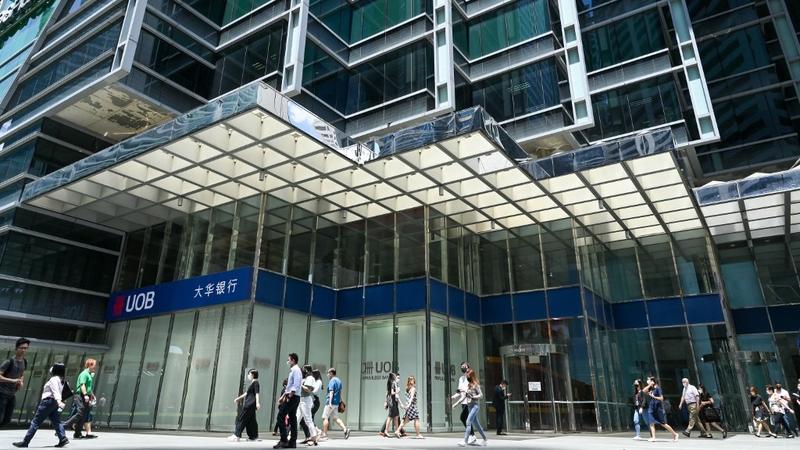 People walk through Raffles Place in the financial district in Singapore on March 29, 2022. （ROSLAN RAHMAN / AFP)

Some Asian central banks are shaking off their long-held reluctance to follow their global peers in lifting benchmark interest rates off historic lows.

The region's economies have largely lagged US and European reopenings from the pandemic and central banks in Australia, India and Southeast Asia have up until now mostly looked past the inflation pressures caused by global supply snags, and focused more on shoring up their recoveries.

This week, however, there has been a marked shift in the language of some of the region's less hawkish central banks.

Australia's central bank on Tuesday dropped a previous pledge to be "patient" in its assessment of current conditions, taken widely as a signal that the door was now open to the first interest rate increase in more than a decade. read more

"It seems external inflation dynamics have become enough for the RBA to pre-emptively flag a shift," said Ben Jarman, an economist at JPMorgan.

"The RBA guidance suggests upcoming consumer price index and labour cost data are likely to clinch the case for normalisation," he said, projecting the first rate hike to come in June from the previous forecast for November.

Setting the global pace, the US Federal Reserve raised rates for the first time since 2018 last month and looks on track for an aggressive tightening cycle to fight surging inflation.

His comments contrast with more passive remarks in March about being "ready to respond" and follow data that showed consumer inflation nudging the upper end of the central bank's projected range. Analysts currently expect the bank to raise its benchmark interest rate in the second half of this year.

The Reserve Bank of India is not expected to raise rates at its meeting on Friday. But inflation holding above the upper end of the central bank's 6 percent threshold has cast doubt on its current strategy of keeping rates low to bolster growth.

"The big picture is that inflation is becoming more challenging for the region's central banks, after being a non-issue in recent years," said Krystal Tan, an economist at ANZ.

"On balance, the odds of policy rate adjustments being brought forward are rising."

Ironically, some of the world's most circumspect central bankers have been in emerging Asian markets - historically seen as the most vulnerable to Fed rate hikes and inflationary shocks.

As such, Thailand, Indonesia and Malaysia remain publicly dogged in their commitment to low rates and talking down domestic prices pressures, but also acknowledge the emerging and persistent threats from global inflation.

Bank Negara Malaysia's governor said last week she recognised that the unprecedented conditions that heralded monetary support during the pandemic were almost over.

"So with the policy rate at its historical low, we are mindful of the consequences of keeping interest rates low for an extended period of time, which could lead to an unhealthy buildup in financial imbalances," Nor Shamsiah Mohd Yunus said.