By Ma Zhiping in Sanya, Hainan 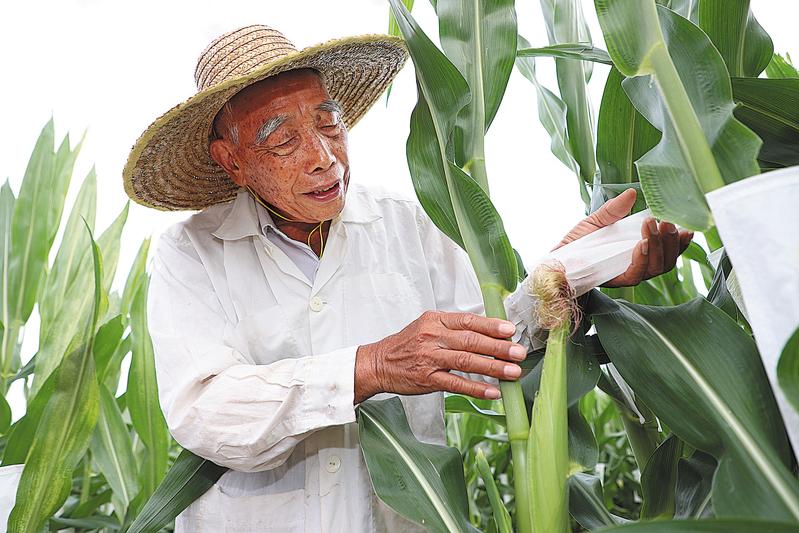 A modern complex on a tiny island in Hainan province is due to become part of a crucial platform for international exchanges in seed germplasm resources and also a themed tourist destination.

The complex on Moon Island, a 0.5 square kilometer sliver of land near Sanya Yazhou Science and Technology City, is due to start officially operating later this year.

Germplasm refers to a collection of genetic resources for an organism. For plants, the germplasm may be stored as a seed collection or, for trees, in a nursery.

The complex is the starting point of a global transit base for animal and plant germplasm resources.

Ge Ruiming, deputy director of the Yazhou Bay Science and Technology City Administration, said that in line with the general framework for international rules on intellectual property protection in the seed industry, the base will strive to boost the gathering, identification, evaluation and sharing of high-quality germplasm resources.

In June 2020, a master plan was released for construction of Hainan Free Trade Port, with the aim of making the island province, which occupies an area of 35,400 sq km, a globally influential free trade port with Chinese characteristics, enabling it to lead the way in the nation's reform and opening-up in the new era.

The arrival of the first batch of corn germplasm resources from Brazil marked the tentative introduction of seeds for scientific research at the transit base.

Chen Hao, an official with Yazhou Bay Science and Technology City, said the further introduction of seed resources and genetic material for biological breeding research, including corn, soybeans, fish and shrimp fry, is also being promoted.

The sci-tech city is situated in southwestern Sanya, China's southernmost trading port and an important harbor for the ancient Maritime Silk Road.

Projects launched by the Nanfan Scientific and Research Seed Breeding Base have been increasing rapidly at the sci-tech city, one of 11 key Hainan Free Trade Port industrial parks launched in the past two years.

Occupying more than 69 sq km, the sci-tech city is designed to carry out two strategic national missions－promoting scientific and technological innovation for improved seed varieties, along with independent intellectual property rights to ensure national food security and the development of deep-sea exploration technologies. These missions are based on plans drafted by the central government. 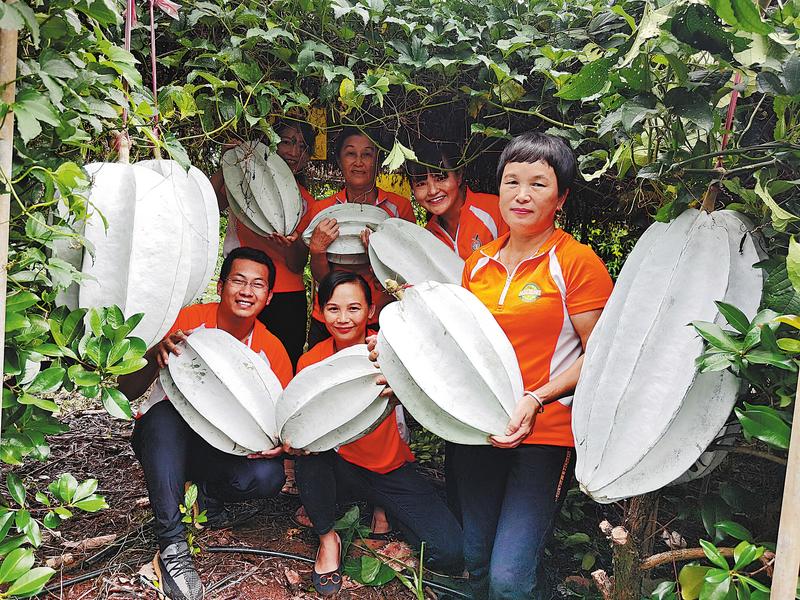 In Hainan, offseason seed breeding, or Nanfan as it is popularly known among Chinese agri-scientists, started in the 1950s. Some 8,000 agricultural scientists and workers from more than 800 research institutions and universities nationwide gathered at key seed propagation bases in Sanya, Ledong and Lingshui from November to May every year to conduct activities related to seed breeding.

Shortening the breeding cycle by 50 percent or more due to the tropical climate, the Nanfan bases have accelerated the breeding process and greatly improved the adaptability of seed varieties.

Huang Zhengen, chief agronomist at the Hainan Provincial Department of Agriculture and Rural Affairs and head of the Nanfan breeding administration, said more than 70 percent of the country's seeds, or over 20,000 new varieties, have been bred through cultivation at Nanfan bases in Hainan, dubbed China's Silicon Valley of seed breeding.

In past years, agri-scientists at the bases had to send seeds to cities such as Beijing and Shanghai, as there were no basic facilities for research tests in Hainan.

The establishment of the Yazhou Bay Seed Laboratory in the sci-tech city in May last year has made a great difference for the agri-scientists.

Xia Mian, head of the laboratory's department for cooperation and exchanges, said, "Backed by 12 public scientific research platforms, which will be equipped with about 7,000 sets of globally advanced facilities such as sequencers and mass spectrometers when fully installed in the near future, scientists will find it much easier to conduct research with seed samples collected from the Nanfan fields."

Officials with the Yazhou sci-tech city said that as an innovation engine for the so-called Nanfan Silicon Valley, the laboratory will help accelerate cultivation of a complete industrial chain linking theoretical innovation with technology integration, seed breeding design and industrial incubation.

Meanwhile, the Chinese Academy of Agricultural Sciences, or CAAS, has established its Nanfan Breeding Research Center at the sci-tech city to boost protection and use of seed germplasm resources, molecular design and cultivation of varieties. Tang Huajun, president of CAAS, said the center will coordinate scientific research to jointly tackle key problems.

In September, the launch of the International Federation of Seed Industry Scientists marked another move aimed at enhancing cooperation and using the wisdom and resources of global seed industry experts. To date, 138 entities－including national and provincial institutions in China, international seed organizations and the China branches of multinational groups such as Syngenta, Bayer, Limagrain, Corteva Agriscience, KWS and BASF－have joined the federation. 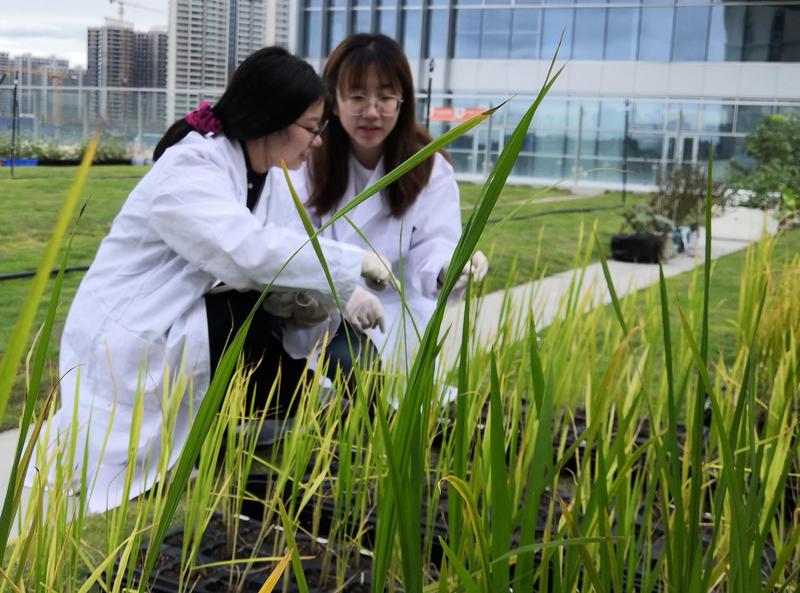 Nanfan seed innovation is rising steadily, along with the accelerating construction and preparation of a number of major projects.

The Yazhou sci-tech city has adopted the highest international standards. It has also established a special zone to ensure that seed intellectual property rights resulting from new scientific and technological innovation are well protected and produce industrial benefits as soon as possible.

The zone has achieved encouraging results.

With third-party DNA certificates provided by the zone, a 22 million yuan ($3.2 million) deal has been struck for the intellectual property rights of the Danxiahong pear, a new fruit variety developed by CAAS scientists.

With a Danxiahong pear weighing 260 grams on average, the fruit has a good taste, attractive shape and color, and can be stored for a long time. Its prospects appear promising once the fruit is promoted in traditional growing areas in north and northwest China.

Hainan is also aiming for Nanfan Silicon Valley to provide professional services for businesses and individuals involved in seed breeding and scientific research, and seed production and testing at Hainan Free Trade Port, according to the sci-tech city administration.

The province will soon release its ideas for implementing the national plan for construction of Nanfan Silicon Valley (2021-30) and will work to make Hainan a national pioneer area for systematic integration and innovation, according to provincial government officials.

Hainan has designated about 18,000 hectares of land as Nanfan scientific research and breeding reserves, research platforms and other support service areas to accommodate experts and facilities. Huang, the Nanfan breeding administration head, said a prototype for Nanfan Silicon Valley has taken shape. 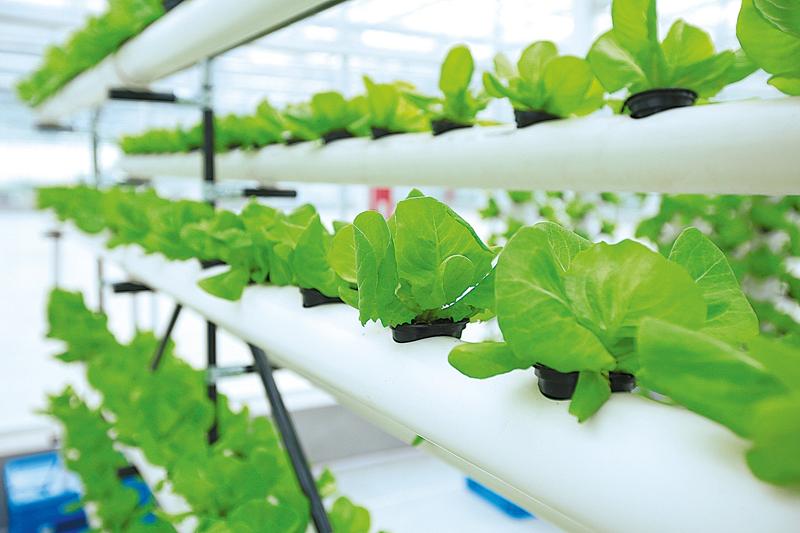 Romaine lettuce with a higher vitamin C content than kiwi fruit is grown in a test laboratory in Sanya. (ZHAO XIN / FOR CHINA DAILY)

Output of hybrid rice, developed by Chinese agri-scientists led by Yuan Longping, has grown from 6 metric tons per hectare in the 1970s to 15 metric tons. Hybrid rice is now being grown in more than 30 countries and regions, with the total area devoted to the crop overseas surpassing 7 million hectares, according to official reports.

Meanwhile, scientists from Zhejiang University have acquired new variety rights for high-starch-resistant rice, which is good news for diabetes patients.

Chinese scientists developing saline-alkali tolerant rice, also known as seawater rice, plan to grow such crops on 6.67 million hectares in eight to 10 years. Some 30 billion kilograms of grain will be harvested annually, feeding about 80 million people, according to managers of the Qingdao Saline-Alkali Tolerant Rice Research and Development Center in Shandong province.

Cheng Xiangwen, 86, honorary president of Hebi Academy of Agricultural Sciences in Henan province, who has shuttled between Henan and Hainan for the past 56 years, said, "We need to constantly cultivate new varieties in order to ensure high yield and high quality."

Known for cultivating 39 varieties of corn grown widely nationwide, the veteran expert is still working hard to create varieties with a strong resistance to pests and disease.

Lyu Yuping, general manager of Longping (Hainan) Biotechnology Co, said sample corn imported from Brazil is growing well at a Nanfan base. Tall plants with strong stems and leaves have been produced after cultivation and transplantation.

"The improved corn does not need to be sprayed with pesticides to control insects, which can improve yield and enhance the competitiveness of Chinese seeds," Lyu said.

"Seeds planted with 'China chips' will be sold overseas, while Longping scientists will continue to cultivate new corn varieties suitable for northern and southwest areas of the country," Lyu added.

A look at the history of seed breeding in Hainan shows that varieties have expanded from crops such as rice, corn and cotton to a diverse list that includes more than 40 species such as oil-bearing crops, potatoes, fruit trees, vegetables, flowers, medicinal herbs, aquatic products, livestock and poultry.

Official data show that rice and wheat crop varieties in China are 100 percent self-sufficient thanks to advantageous and competitive seed breeding technology.

However, there are still considerable gaps between China and developed countries in terms of unit yield or quality of seeds for important crops and animals, including corn, soybeans, pigs, cows, sheep and many vegetable varieties, according to government officials.

But such officials and other experts see sound prospects for the country's seed industry, along with implementation of the national action plan and newly revised Seed Law to vitalize the seed industry, in addition to the promotion of smart and digital agriculture nationwide.

They believe these national attempts will help spawn a commercial seed breeding system to speed up the transformation and industrialization of innovative seed sciences and technologies.

A center for exotic tropical flowers and fruit in Qionghai on the east coast of Hainan has successfully cultivated about 150 breeds, including the yellow dragon fruit and finger lime, bringing economic benefits and job opportunities to local people.