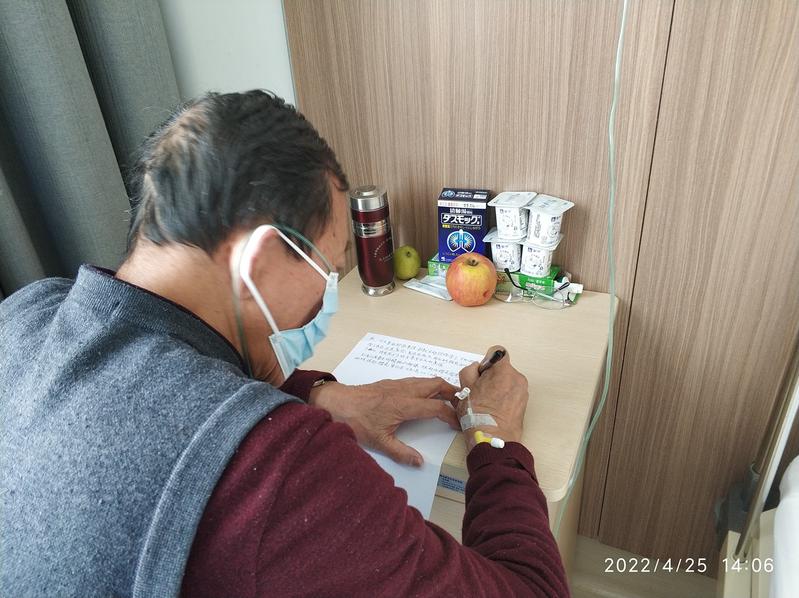 Zhang writes a letter to his wife who was on a separate floor in the hospital. (PHOTO PROVIDED TO CHINA DAILY)

An elderly Shanghai couple's devotion to each other during the ongoing COVID-19 outbreak has won over the hearts of many netizens.

Zhang Jikang, 82, and his wife, Sun Yanqiu, 83, tested positive for the virus in mid-April and were taken to Anting Hospital where they stayed for two weeks for treatment.

During that time, the husband and wife, who were living on separate floors, wrote letters to encourage each other every day, as they had one mobile phone between them.

"Qiu, we have not seen each other since we parted on April 16. It feels as if we have been separated for as long as three autumns. How are you? I hope we will recover and return home together soon," Zhang wrote in one letter.

Chen Meihua, the head nurse of the ninth sector of the hospital, says Zhang was especially concerned as his wife suffers from diabetes and needs to undergo blood-glucose tests daily, in addition to adhering to strict dietary requirements.

"Have you taken your diabetes medicine? The doctor here will prescribe it properly for you. The elderly in my ward is also a diabetes patient. The doctor prescribed insulin for her," wrote Zhang in another letter. 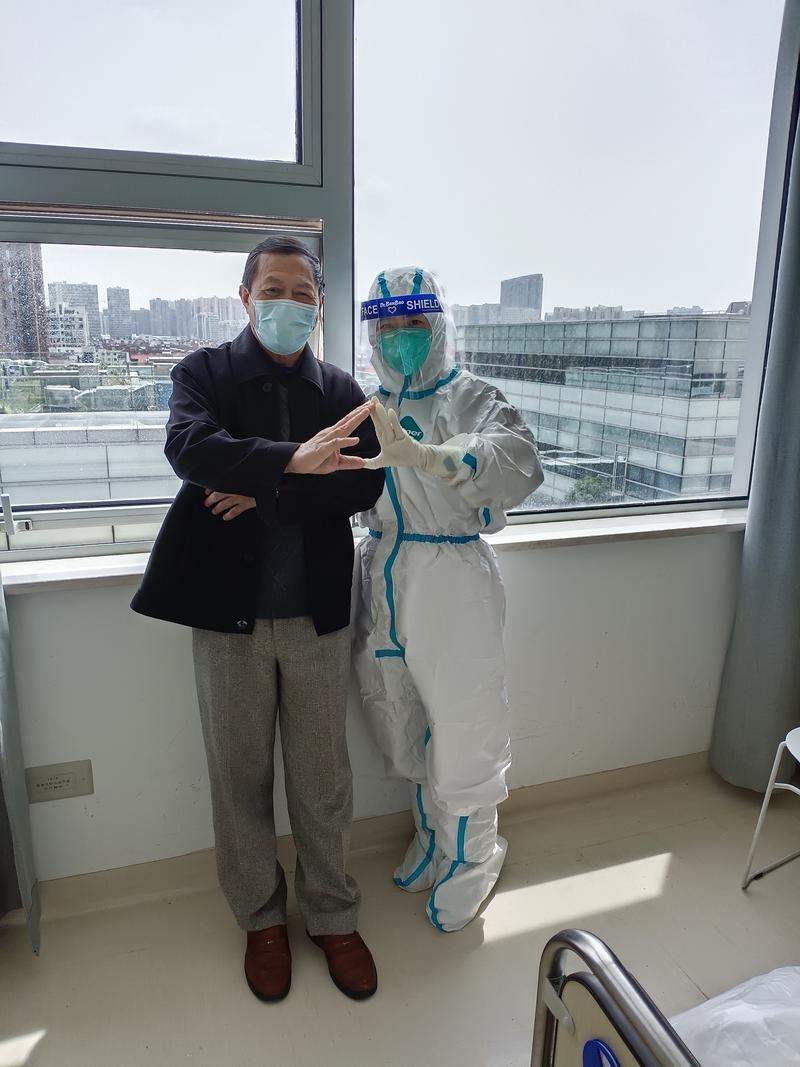 Zhang Jikang poses with a nurse at Anting Hospital in Shanghai. (PHOTO PROVIDED TO CHINA DAILY)

According to Zhang, this is the longest time that he has been separated from his wife since they were married 47 years ago.

"He asked us to help deliver the letters," says ward nurse Xiao Juan. "Sometimes, he would also send a pear or yogurt. After receiving his wife's letter, he would read it for a long time. Although they were in quarantine, the separate wards could not 'isolate' their hearts, or their mutual care and concern."

Chen adds: "Sun is very straightforward and cheerful. She often asks us if we need help. It really moved us to see such a relationship during the outbreak. The love they have for each other is so pure even though their hair has turned white. And because they were both cultural workers, they are very good at expressing themselves."

After Zhang recovered and was discharged from the hospital on May 1, the couple switched from writing letters to communicating by phone. Sun was later discharged on May 6.

"She couldn't wait to see her husband," says Chen.