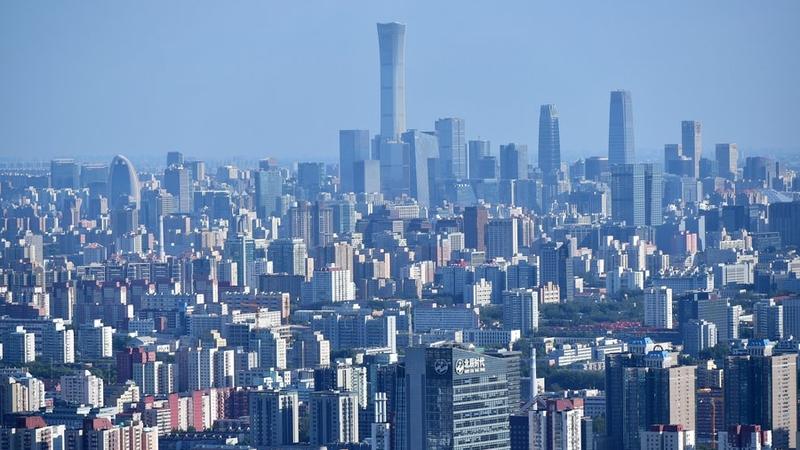 This photo taken on Sept 9, 2020 shows the view of the skyscrapers of the Central Business District (CBD) in Beijing, capital of China. (PHOTO / XINHUA)

BEIJING - Foreign direct investment (FDI) into the Chinese mainland, in actual use, expanded 20.5 percent year-on-year to 478.61 billion yuan in the first four months of the year, the Ministry of Commerce (MOC) said Thursday.

In US dollar terms, the inflow went up 26.1 percent year on year to $74.47 billion, according to the ministry.

Shu highlighted the important role of China's high-quality economy in attracting foreign investment. FDI in China's high-tech industry logged a sharp year-on-year increase of 45.6 percent during the period, up 25.1 percentage points from the average growth in all sectors.

Major foreign-funded projects also registered steady expansion in the first four months as localities made efforts to overcome the impact of the pandemic and actively attracting investment, Shu added.

In the January-April period, China saw 185 newly-added major projects, each with foreign investment over $100 million, which means 1.5 major foreign-funded projects were launched on average each day.

"Multinational companies have actively expanded investment in China, which shows foreign investors' confidence in the prospects of the Chinese economy and reflects the attraction of China's huge market, complete industrial system and infrastructure, as well as abundant human resources," Shu said.

Shu also noted that the country will continue to deepen opening-up and optimize services for foreign investors to create more opportunities for foreign-funded enterprises.