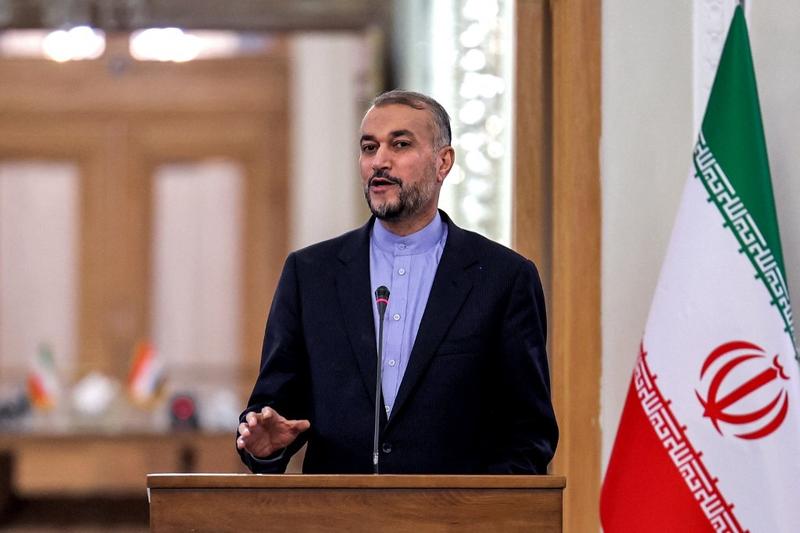 TEHRAN - Iran's foreign minister said on Friday the "wrong maximum pressure policy" of the United States is to blame for the status quo on the revival of a 2015 nuclear pact.

Making the remarks in a phone conversation with Secretary-General of the United Nations Antonio Guterres, Hossein Amir-Abdollahian slammed the approval of a recent non-binding motion in the US Senate that seeks to bar the administration of President Joe Biden from possibly removing the Islamic Revolution Guards Corps' terrorist designation, according to the Iranian Foreign Ministry's website.

The Iranian top diplomat said Iran and the US continue to exchange messages indirectly through the European Union over the revival of the nuclear deal.

Amir-Abdollahian stressed that the US must make a "realistic" and "brave" decision to compensate for its "wrong" approach in the past to reach a lasting, strong and fair deal.

Describing Iran's initiatives in the Vienna talks as important, Guterres hoped the negotiations would continue until a "favorable" agreement was reached.

Iran signed the nuclear deal, formally known as the Joint Comprehensive Plan of Action (JCPOA), with the world powers in July 2015, agreeing to put some curbs on its nuclear program in return for the removal of the US-led sanctions.

However, former US President Donald Trump pulled Washington out of the agreement in May 2018 and reimposed unilateral sanctions on Iran, prompting Tehran to reduce some of its nuclear commitments under the JCPOA in retaliation.

Since April 2021, eight rounds of talks have been held in the Austrian capital of Vienna between Iran and the remaining JCPOA parties, including China, Britain, France, Russia and Germany, to revive the pact. The US has been indirectly involved in the negotiations as it has quit the deal.

Iran insists on obtaining guarantees that the succeeding US administrations would not drop the deal again and calls for lifting the sanctions in a verifiable manner.