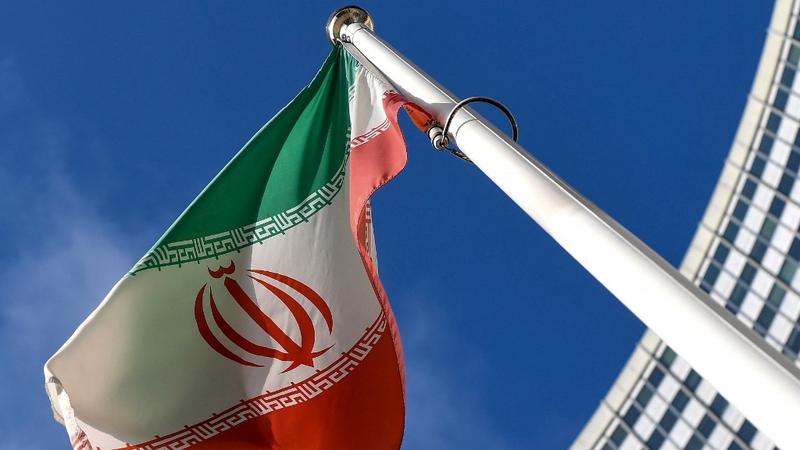 In this file photo taken on March 1, 2021, the Iranian national flag is seen outside the International Atomic Energy Agency headquarters during the agency's Board of Governors meeting in Vienna. (JOE KLAMAR / AFP)

Negotiations to restore the 2015 Iran nuclear deal have stalled anew in Vienna, protracting a yearlong endeavor even further, and Iran has blamed the United States for the stalemate.

Experts say the stumbling block in the way of a breakthrough is the political opposition faced by US President Joe Biden at home, with the Russia-Ukraine conflict, which has led to soaring oil and gas prices globally, also having a negative impact.

In the past year, eight rounds of talks have been held in the Austrian capital between Iran and the remaining parties to the Joint Comprehensive Plan of Action, or JCPOA, namely China, Russia, Britain, France and Germany, to revive the 2015 deal.

The efforts came after the US, under former president Donald Trump, abandoned the JCPOA in May 2018 and reimposed sanctions on Teheran.

The US said on March 31 that a few outstanding issues remain in the nuclear talks, and that the onus was on Teheran to make those decisions. Iran, too, said there are some outstanding issues, including the removal of the US designation of Iran’s Islamic Revolutionary Guard Corps, or IRGC, as a foreign terrorist entity, Reuters reported.

“The principal reason for the delay is the complications induced by the turbulent dynamics of the United States’ domestic politics,” said Jawaid Iqbal, a political-science professor and chairman of the Department of West Asian and North African Studies at Aligarh Muslim University in India.

“Biden’s low approval ratings, partly due to the humiliating withdrawal from Afghanistan, have bolstered the crudely hawkish sentiments of Republicans and the Israel lobby, both of (whom) strictly oppose the Vienna talks and demonize Iran.”

On March 30, the US Treasury Department announced sanctions on a procurement agent in Iran and his network of companies for providing assistance to Iran’s ballistic missile program, including a unit of the IRGC responsible for the research and development of such missiles.

Iranian Foreign Ministry spokesman Saeed Khatibzadeh said the sanctions were another sign of US ill will toward Iran, saying the move shows the US would not miss any opportunity to exert pressure on the Islamic republic.

Iran on April 9 announced sanctions on another 24 US officials and individuals for “involvement in terrorist and anti-human rights activities”, the Iranian Foreign Ministry said.

Asif Shuja, an Iran expert and senior research fellow at the Middle East Institute of the National University of Singapore, said the draft text of a potential agreement “is on the table” and that the delay is essentially on account of the US and Iran striving to “tilt the drafts in their respective favors”.

“The Ukraine-Russia conflict is the latest entrant to the list of those existing geopolitical conditions,” Shuja said. “This is a new factor in the decision-making process of the leaderships of Iran and the US.”

Newly introduced sanctions on Russia provide Iran an opportunity to “fight back” against the US sanctions, he said.

“The potential entry of Iranian oil in the market by (the) lifting of sanctions provides the US a way of solving the immediate energy problems of Europe, as well as a long-term solution of lessening Europe’s dependence on Russian gas.”

Arhama Siddiqa, a research fellow at the Institute of Strategic Studies Islamabad, said the Ukraine-Russia conflict “does play a prominent role” as Russia is one of the signatories to the deal. Under the deal, Russia “also has the responsibility” for taking control of Iran’s enriched uranium.

A Russian demand in March forced world powers to halt the nuclear deal negotiations, but Moscow later said it had written guarantees from the US that its trade with Iran would not be affected by Ukraine-related sanctions the US imposed on it.

Mohammad Salami, an associate researcher at the International Institute for Global Strategic Analysis, a think tank in Islamabad, said that despite the challenges, the negotiations will lead to a re-agreement on the JCPOA.