China opposes the provocation of bloc confrontations of NATO 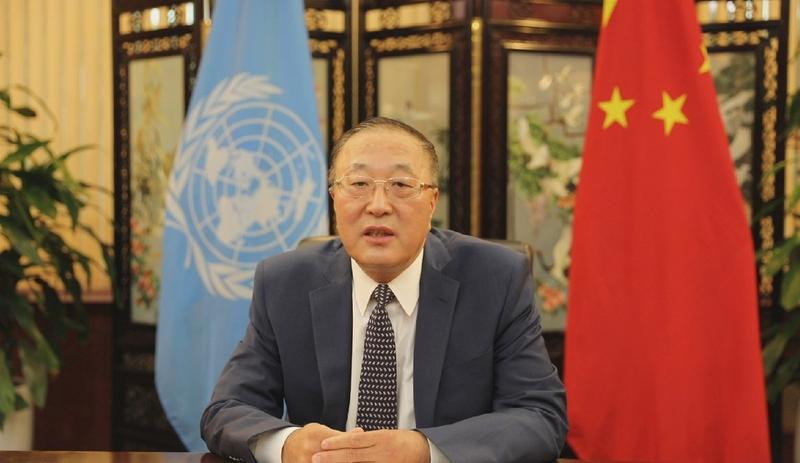 UNITED NATIONS - China is firmly opposed to NATO provocating bloc confrontations around the world, a Chinese envoy to the United Nations said Thursday during the Security Council briefing on Ukraine.

On May 7, 1999, NATO fired a number of precision-guided missiles at the Chinese Embassy in Yugoslavia, killing three Chinese journalists and injuring more than 20 Chinese diplomats

"Clinging to the anachronistic doctrine of security and keen to provoke bloc confrontations and create tensions in Europe and even the Asia Pacific region and the wider world, such practices as harmful to others as they are deleterious to the perpetrators themselves, and deserve nothing less than China's firm opposition," said Zhang Jun, China's permanent representative to the United Nations.

Talking about the lessons from the Ukraine crisis, Zhang said, "To base one country's security on the insecurity of other countries is neither reasonable nor operable. NATO's repeated eastward expansion after the Cold War has not only failed to make Europe any safer, but also sowed the seeds of conflict."

"Contrary to its claim to be an organization defensive in nature, NATO has wantonly launched wars against sovereign countries, causing colossal casualties and humanitarian disasters," he said.

On May 7, 1999, NATO fired a number of precision-guided missiles at the Chinese Embassy in Yugoslavia, killing three Chinese journalists and injuring more than 20 Chinese diplomats.

"The Chinese people will never forget this barbaric atrocity, and will never allow such history to repeat itself. Now that the Cold War is behind us, NATO should naturally size up the situation and make necessary adjustments," Zhang stressed.

Zhang noted that the world does not need a new Cold War, and it cannot afford greater turmoil and division.

"China solemnly advocates that in order to solve the practical problems of the security for all humanity and seek long-term solution to world peace, all countries should reaffirm their commitment to the purposes and principles of the UN Charter, earnestly uphold the principle of indivisibility of security, forge synergy through consultations, and build together a balanced, effective and sustainable global and regional security architecture," he added.