Fury bounces back to bow out in style with TKO win 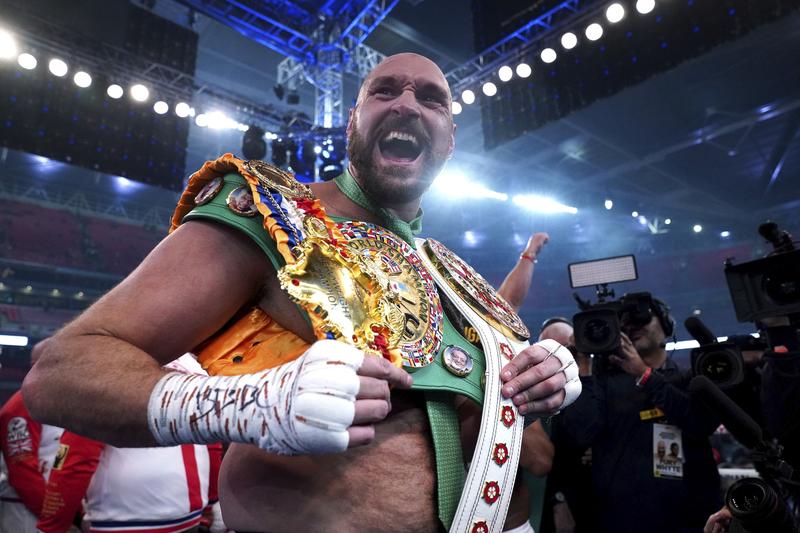 LONDON - Tyson Fury emerged unscathed from a turbulent fight week to cement his place among the greats of heavyweight boxing with a stunning TKO win over Dillian Whyte in what "The Gypsy King" said would be his final bout.

Fury had to face a barrage of questions about his relationship with Daniel Kinahan, his former advisor and one of three men named as leaders of the Kinahan organized crime gang recently sanctioned by US authorities.

Fury said that he would be sticking to his promise to his wife to retire, with promoter Frank Warren backing the 33-year-old's decision to call it quits

The British boxer engaged in a number of combative interviews in the lead-up to his WBC heavyweight bout with Whyte, saying Kinahan's situation was none of his business and that he had nothing to do with the Irishman.

All that was forgotten on Saturday as Fury entered the ring and unloaded a sixth-round uppercut that left Whyte unable to continue in the opinion of the referee. The vast majority of the Wembley Stadium crowd roared their approval as Fury went from zero to hero again.

"I cannot believe that my 94,000 countrymen and women come here tonight to see me perform. I just want to say, from the bottom of my heart, thank you so much to every single person who bought a ticket here tonight, or stayed up late to watch on TV," Fury said.

"Dillian Whyte is a warrior and I believe Dillian will be a world champion, but tonight he met a great in the sport and one of the greatest heavyweights of all times, and unfortunately for Dillian Whyte, he had to face me tonight."

Fury, fighting on English soil for the first time since June 2018, made a long entrance, with a detour via a throne before he shed his robe and jogged with his team to the ring at the centre of Wembley Stadium as rock music boomed out of the speakers and the 94,000 crowd roared along. 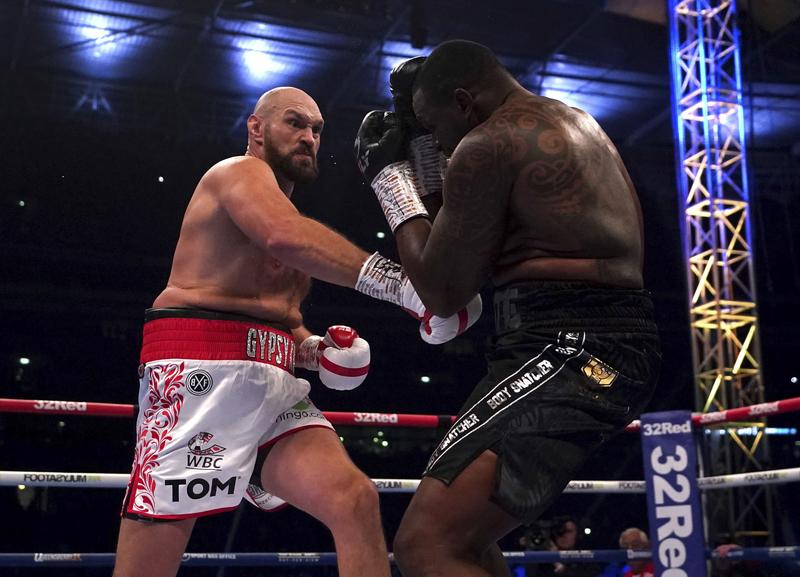 Though dominating on the scorecards, Fury struggled to show the slick, intelligent boxing that saw him climb to the top of the heavyweight division as the bout turned into a bad-tempered affair that referee Mark Lyson struggled to control.

Whyte came out in a southpaw stance in an opening round of probing jabs but, aside from some crisp shots to the body, that seemed to be the only surprise he had in store for the 33-year-old Fury.

ALSO READ: I'll be sad and lonely after career is over, says Fury

Possessing a considerable height and reach advantage, Fury fought most of the fight on the outside, controlling the distance with his jab and punishing his fellow Briton with lead hooks as the challenger tried to close the distance.

Both fighters threw shots on the break and a cut opened up over Whyte's right eye after a clash of heads.

Fury brought the fight to a stunning close with a blistering right uppercut out of nowhere to send Whyte crashing to the canvas, and though he got back to his feet, Lyson waved the fight off.

Fury said that he would be sticking to his promise to his wife to retire, with promoter Frank Warren backing the 33-year-old's decision to call it quits.