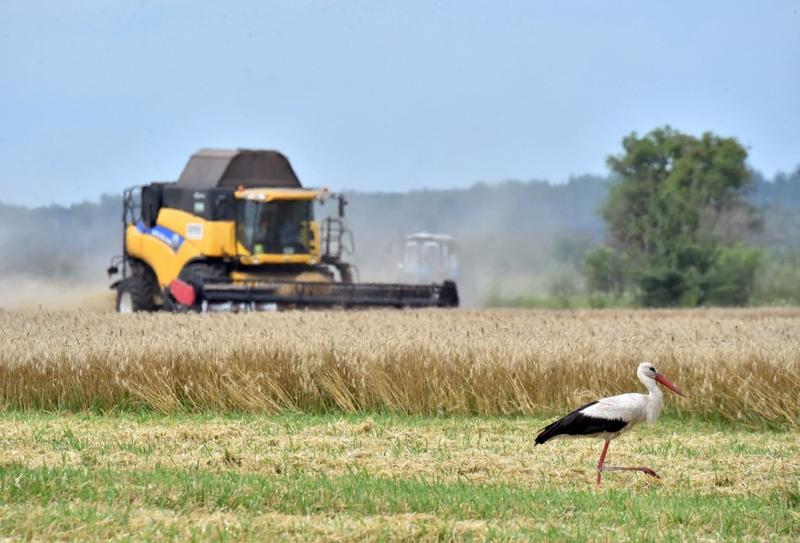 In this file photo taken on July 27, 2015, a stork walks near a combine harvester gathering grain from a field in the village of Mala Divytsa, about 100 km north of Kiev. (SERGEI SUPINSKY / AFP)

KIEV - The conflict between Russia and Ukraine, the world's major exporters of foodstuffs such as wheat, will impact 25 percent of the global grain market, a Ukrainian official said.

The conflict will lead to a reduction in grain supplies, an increase in food prices, and worse access to food, especially wheat, in importing countries, said Taras Kachka, deputy minister for economic development, trade and agriculture of Ukraine.

Ukrainian seaports, the main routes for grain exports, have been blocked, Kachka added.

In 2021, Ukraine harvested a record crop of grain, legumes and oilseeds totaling more than 106 million tonnes, according to the state-run Ukrinform news agency. In the first half of the current marketing year, which lasts from July 2021 to June 2022, Ukraine exported some $10 billion worth of crops and oilseeds, up 56 percent on an annual basis.

The ongoing conflict, which came at a time when economies worldwide are still grappling with COVID-19, posed a new challenge to global food security, said Boubaker Ben-Belhassen, director of the trade and markets division of the Food and Agriculture Organization of the United Nations.

"Many countries rely on supplies from Ukraine and Russia for their food import needs, including numerous least developed countries and low-income food-deficit countries," Ben-Belhassen told Xinhua in a recent interview.

Russia and Ukraine are major agricultural producers and exporters, he said, adding that Russia stood as the world's top exporter of nitrogen fertilizers, the second leading supplier of potassium fertilizers and the third largest exporter of phosphorous fertilizers in 2021. 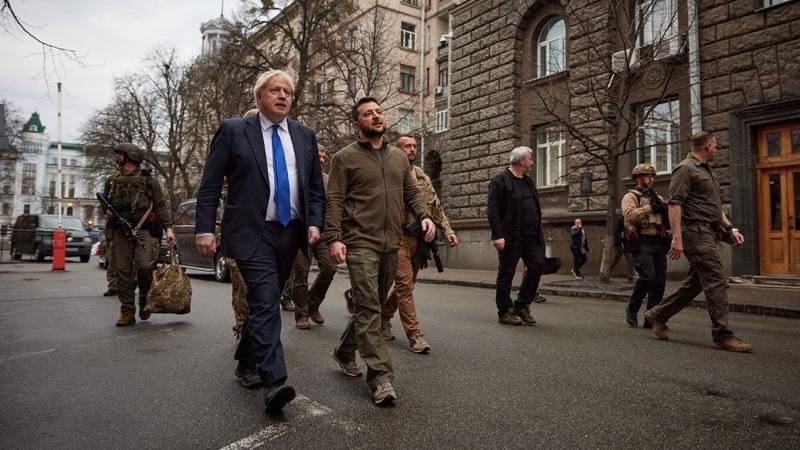 Johnson arrived in Kiev earlier on Saturday for a one-day visit.

According to a Downing Street statement, Johnson set out new military assistance of 120 armored vehicles and new anti-ship missile systems to Ukraine during his trip. He also promised an additional $500 million in World Bank lending to Ukraine.

Johnson set out new military assistance of 120 armored vehicles and new anti-ship missile systems to Ukraine during his trip. He also promised an additional $500 million in World Bank lending to Ukraine

At the press conference after their talks, Zelensky said that he has informed Johnson about the progress of Ukraine's peace talks with Russia and expects London to play a "key role" in providing "security guarantees" for Ukraine.