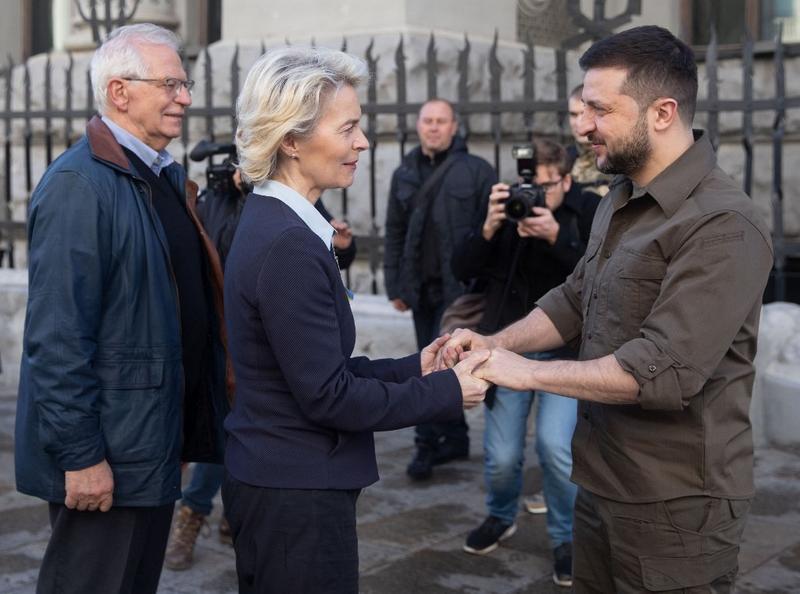 "Ukraine takes another important step towards EU membership," von der Leyen said on Twitter. She said the EU will accelerate this process "as much as we can, while ensuring that all conditions are respected."

The EU has allocated 1 billion euros to support the Ukrainian armed forces with weapons, and a proposal to provide another 500 million euros was under discussion

The EU's executive chief said the bloc had allocated 1 billion euros ($1.09 billion) to support the Ukrainian armed forces with weapons, and a proposal to provide another 500 million euros ($544 million) was under discussion.

Von der Leyen and Borrell pledged the EU's support for the country during a meeting with Ukrainian President Volodymyr Zelensky.

In an earlier tweet, von der Leyen condemned the missile attack on a train station used for evacuations of civilians in the city of Kramatorsk, eastern Ukraine on Friday morning, describing it as despicable.

The Russian Defense Ministry on Friday said it did not launch any "rocket attack" on the railway station.