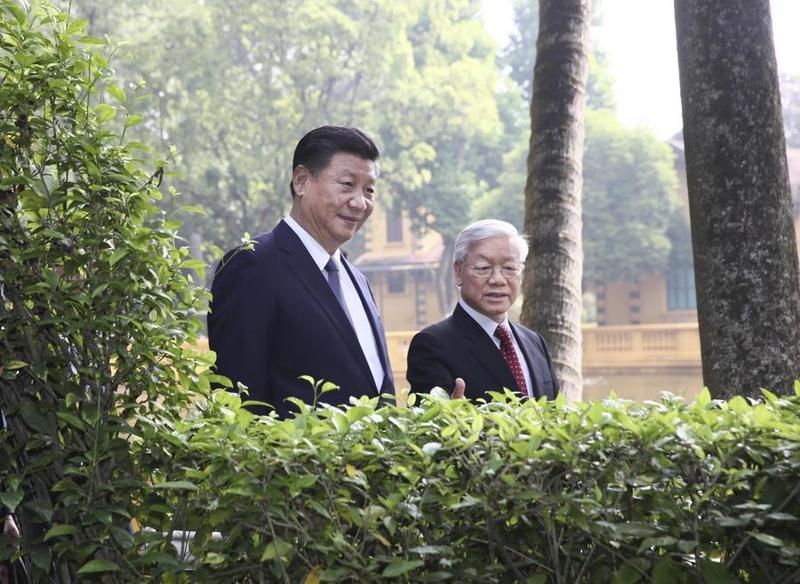 In his message for the traditional festival of both nations, Xi said that to both parties and both countries, 2021 was an extraordinary year in their respective development.

The CPC held grand celebrations for its centenary, China has embarked on a new journey of building a modern socialist country in all respects, and the Chinese people are making confident strides on the path towards the great rejuvenation of the Chinese nation, Xi said.

The CPV, he noted, successfully convened its 13th national congress, and is leading the Vietnamese people to implement its resolution and march towards the development goals set at the meeting.

Xi stressed that China and Vietnam are socialist neighbors linked by mountains and rivers, and a community with a shared future that bears strategic significance.

Currently, as the world has entered a period of turbulence and transformation under the combined impact of global changes and a pandemic both unseen in a century, the common interests of China and Vietnam have become more extensive, he added.

Both parties, he noted, uphold a people-centered philosophy, and have been working to continuously deepen China-Vietnam friendly cooperation and promote socio-economic development and pandemic response in a coordinated manner.

In so doing, they have continuously achieved new achievements in their countries' causes of reform and opening-up, and demonstrated the strengths and vitality of the socialist system, he added.

Xi said that in 2022, he is willing to maintain close communication with Trong and work together to steer the China-Vietnam relationship towards sustained sound development.

General Secretary of the CPV Central Committee Nguyen Phu Trong said the important consensus he reached with Xi over a period of time has played an important strategic leading role in promoting the sustained, sound and stable development of relations between the two parties and two countries

He called for joint efforts to push for new results in bilateral ties, elevate regional cooperation to higher levels, and promote the building of a community with a shared future for mankind.

In his message, Trong spoke highly of the successful holding of a series of activities celebrating the 100th anniversary of the founding of the CPC, the successful convening of the sixth plenary session of the 19th CPC Central Committee, and the promotion of the implementation of the 14th Five-Year Plan (2021-2025), among other events of historic significance in the past year, under the leadership of the CPC Central Committee with Xi at the core.

The important consensus he reached with Xi over a period of time has played an important strategic leading role in promoting the sustained, sound and stable development of relations between the two parties and two countries, said Trong.

Against the backdrop of profound changes in the international and regional landscape and as the socialist construction of the two countries has entered a new stage of development, Trong said he stands ready to work with Xi to continue to follow and guide the implementation of the high-level consensus at various levels and in different departments and localities of both sides.

He also called for enhancing political mutual trust, strengthening practical cooperation in various fields, especially in the fight against the COVID-19 pandemic, trade and investment, and strengthening people-to-people exchanges, so as to lift the Vietnam-China good-neighborly friendship and their comprehensive strategic cooperative partnership to a higher level with new impetus.

The two leaders also wished the two countries prosperity and their people happiness and well-being.