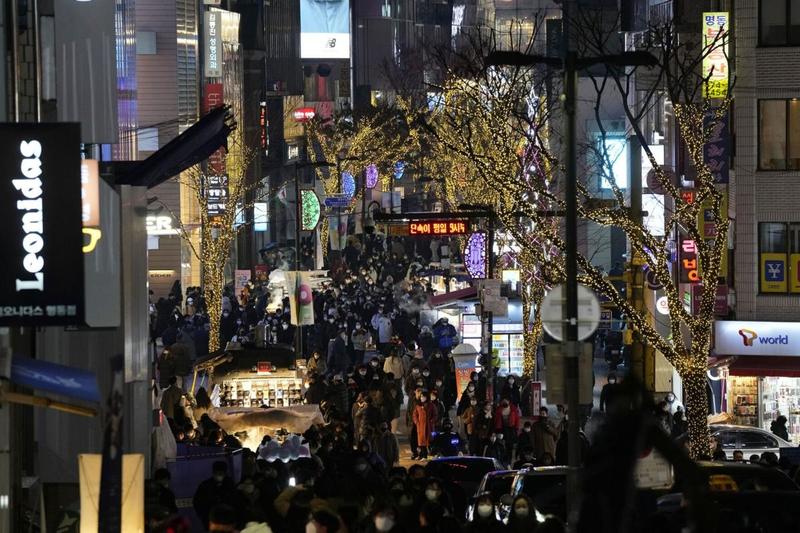 SEOUL / BANGKOK / JAKARTA / SYDNEY - A South Korean court on Friday ruled that large shops and teenagers should be temporarily excluded from COVID-19 vaccine pass mandates in the capital Seoul, part of an intensifying legal fight over one of Asia's strictest vaccination policies.

A group of more than 1,000 doctors, professors and ordinary citizens filed for an injunction last week against Seoul's mayor to suspend the mandates, which require vaccination passes or testing for entry to most public facilities except for schools.

The mandate at large grocery stores is "excessive," the court said in the ruling, citing their necessity in daily lives and relatively low chances of coronavirus transmission

An administrative court in the capital said department stores, supermarkets and shops in Seoul that have 3,000 square meters or more of space should be exempted.

The court said the mandate should not apply to teenagers using any Seoul-based facilities.

The health ministry said it regretted the decision and would provide a formal response after an intra-agency meeting on Monday. Officials have said the policy was intended to protect unimmunized people, not force vaccination or discriminate against them.

The mandate at large grocery stores is "excessive," the court said in the ruling, citing their necessity in daily lives and relatively low chances of coronavirus transmission.

It also said the mandate for teenagers lacked "reasonable grounds" given their significantly low rates of serious illness and deaths from COVID-19.

Earlier on Friday, the government extended tougher social distancing rules for three more weeks amid concerns about the highly contagious Omicron coronavirus variant ahead of the Lunar New Year holidays.

The curbs were restored a month ago just six weeks after being eased under a "living with COVID-19" scheme, as new cases and critically ill patients threatened to saturate the medical system.

Daily tallies have dropped since, with 4,542 new cases for Thursday from a peak of almost 8,000 in mid-December, but the downward trend appeared to bottom out this week. Total infections rose to 683,566, with 6,259 deaths.

The extended curbs include a 9 pm curfew for restaurants, cafes and bars.

Australia has likely neared the peak of its Omicron wave, authorities said on Saturday, but warned daily infections will linger near record levels for "the next few weeks" after more than 100,000 cases were reported for a fourth straight day.

Australian authorities warned daily infections will linger near record levels for "the next few weeks" after more than 100,000 cases were reported for a fourth straight day

Having limited the spread of the coronavirus through tough restrictions earlier in the pandemic, Australia is now suffering record caseloads from the Omicron variant. Most parts of the country have shifted to a strategy of living with the virus as they reached higher vaccination rates.

"We are not through it yet and I think there are still going to be large number of cases diagnosed in Australia over the next few weeks," Chief Health Officer Paul Kelly told a news briefing, referring to the Omicron outbreak.

But modelling from some states "leads me to believe that we are close to the peak of this wave in terms of cases," he said.

Infections have dipped over the last three days while the rise in hospitalizations in worst-hit New South Wales, Australia's most populous state, has slowed slightly, official data showed.

Most states are battling record hospitalizations during the Omicron wave, with authorities saying unvaccinated younger people forming a "significant number" of admissions in Australia.

Australia is among the most heavily vaccinated countries against COVID-19, with more than 92 percent of people above 16 double-dosed, and with a booster drive picking up pace.

The Southeast Asian nation intends to join other countries in the region also planning to make versions of the drug including Bangladesh and India.

"For molnupiravir, the Government Pharmaceutical Organization has plans to co-develop (this drug) with the Chulabhorn Research Institute," Minister Anutin Charnvirakul told a news conference.

"A committee will research and produce the reactants, which will be additional support for future events," he said.