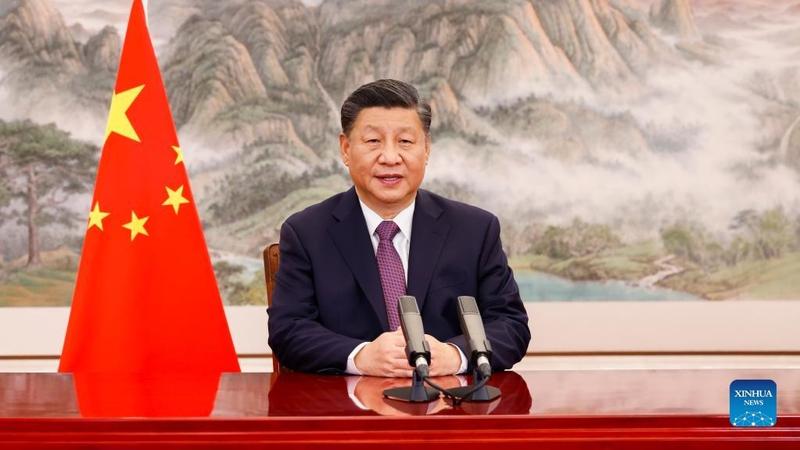 China stands ready to work with the international community to practice true multilateralism amid regional and global complexities, President Xi Jinping said during phone conversations on Monday with the presidents of Belarus and Malta.

In the conversation with Belarusian President Alexander Lukashenko, Xi said that the two countries have coordinated effectively on multilateral occasions, such as at the United Nations, and firmly supported each other's core interests, embodying the strategic value of China-Belarus cooperation.

China is opposed to external interference in the domestic affairs of Belarus and will always support the Eastern European country as it follows a development path that conforms to its own conditions, President Xi Jinping added

Under the new circumstances, the two sides should continue close coordination, practice true multilateralism and stay committed to the UN-centered international system and the international order underpinned by international law, he said.

China is opposed to external interference in the domestic affairs of Belarus and will always support the Eastern European country as it follows a development path that conforms to its own conditions, Xi added.

This year marks the 30th anniversary of the establishment of diplomatic relations between China and Belarus. Xi said that over the past three decades, the two countries have become comprehensive strategic partners with fruitful results achieved in the joint building of the Belt and Road and major projects such as the China-Belarus Industrial Park.

Standing at the new starting point presented by the anniversary, the two sides should expand bilateral trade, boost cooperation in such areas as innovation, digital development and COVID-19 vaccines, and ensure the sustainable development of the China-Europe Railway Express.

Lukashenko said his country hopes to maintain close communication and coordination with China amid profound and complex changes, both regionally and internationally.

In his phone conversation with Maltese President George Vella, Xi hailed China and Malta as time-tested old friends and good friends, saying that the two countries offer a model for relations between countries of different sizes and with different social systems, histories and cultures.

As this year marks the 50th anniversary of the establishment of diplomatic ties between China and Malta, Xi called on the two countries to be committed to mutual respect and mutual trust, promote the joint building of the Belt and Road, and expand cooperation in key areas including trade and investment, health and clean energy.

Noting that Malta has always been strong in promoting China-European Union relations, Xi said that China will work with the southern European country to jointly keep the general direction of China-EU cooperation and promote the sound and stable development of China-EU ties.

Xi also said that all preparation work for the upcoming Beijing Winter Olympic and Paralympic Games is basically done, and China will host the Games in a simple, safe and wonderful manner with the support of the international community.

Vella said his country cherishes the precious opportunities brought by the joint building of the Belt and Road and will proceed with related cooperation.