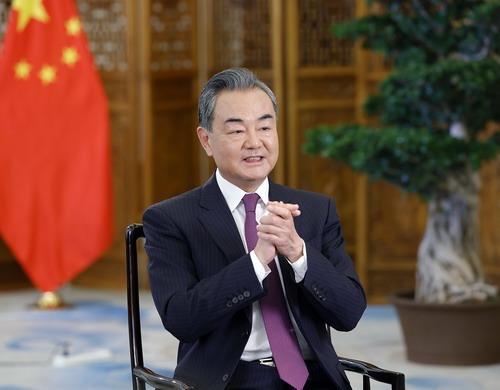 Seeking common development and jointly promoting regional peace will be among the key issues discussed at upcoming meetings between State Councilor and Foreign Minister Wang Yi and officials from the Gulf states, an expert said.

The foreign ministers of Saudi Arabia, Kuwait, Oman and Bahrain as well as the secretary-general of the Gulf Cooperation Council, will visit China from Monday to Friday.

In the face of the pandemic, mutual assistance between China and Arab states has set a fine example of solidarity and cooperation in difficult times, a researcher at the Chinese Academy of Social Sciences' Institute of West Asia and African Studies Yu Guoqing said

"The visits show that China's diplomacy is very proactive and China, as a major country, is ready to play a bigger role by cooperating with countries from the region," said Yu Guoqing, a researcher at the Chinese Academy of Social Sciences' Institute of West Asia and African Studies.

In the face of the pandemic, mutual assistance between China and Arab states has set a fine example of solidarity and cooperation in difficult times, he added.

China has cooperated with all Arab states on vaccines and fighting the COVID-19 pandemic. Bahrain is one of the first countries to participate in the Phase III international clinical trials of China's COVID-19 vaccines.

Given that COVID-19 is still spreading around the world, China and Arab states, including the Gulf countries, can further bolster anti-pandemic responses to contribute to the building of a global community of health for all, Yu said.

Greater economic cooperation is also expected. As the four Gulf states are all involved in the Belt and Road Initiative, China could deepen the synergy between the BRI and the national development strategies of these countries, Yu said.

The two sides could promote cooperation in traditional areas such as trade, investment, energy and infrastructure, as well as emerging fields including new energy and the digital economy.

In 2020, China became the largest trading partner of the council, and the two sides are in the final stage of free trade zone negotiations. At the upcoming meetings, China and the council could discuss ways to create a China-GCC free trade zone as soon as possible.

"The GCC countries are very concerned about Iran developing nuclear energy and the current situation," Yu said, adding that China, as one of the participants in the Iran nuclear talks, is also ready to hear views from these countries if it wants to play its part in the talks.

Hua Liming, China's former ambassador to Iran, said that China can play a constructive role in promoting security and stability in the Middle East by encouraging equal dialogue, consultation and mutual understanding.

"China is pleased to see relations among Gulf states improve, which is conducive to peace and stability in the region," Hua said.