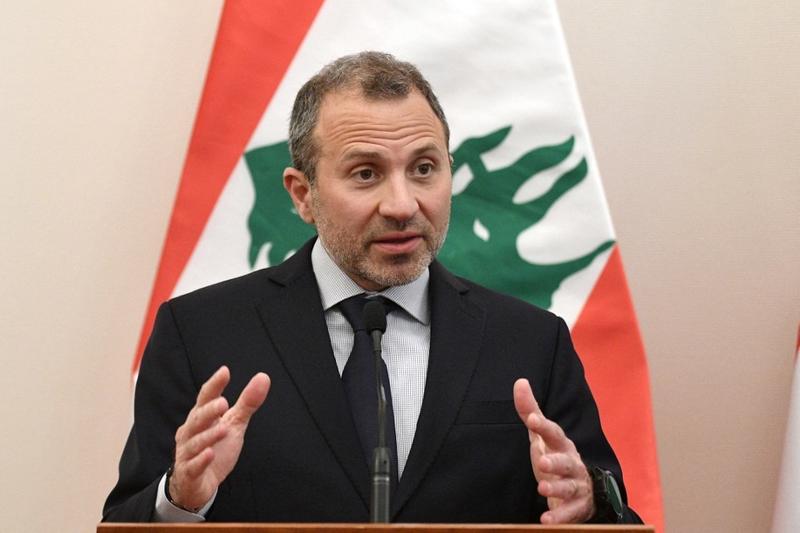 Gebran Bassil, leader of the Free Patriotic Movement party and former Lebanese Foreign Minister, addresses a press conference after a signing ceremony of a diplomatic cooperation agreement at the Trade Minstry in Budapest on Nov 26, 2019. (Attila KISBENEDEK / AFP)

BEIRUT - Lebanon's top Christian party has indicated it is considering ending a political alliance with Iran-backed Hezbollah, threatening a fragile union that has shaped Lebanese politics for nearly 16 years.

Gebran Bassil, leader of the Free Patriotic Movement party said earlier this week there would be "political consequences" for action taken against his party by Lebanon's two main Shiite parties Hezbollah and Amal.

Prominent figures close to the party have also said the 2006 Mar Mikhael Agreement between FPM and Hezbollah is at an end.

The party's support was critical in bringing President Michel Aoun, the FPM's founder, to power in 2016, and the FPM has provided critical Christian political cover for Hezbollah's armed presence under Lebanon's sectarian power-sharing system.

Hezbollah has not publicly commented.

Pro-Hezbollah Sheikh Sadiq Al-Nabulsi said on Wednesday that Hezbollah had "a very high tolerance for pain and criticism" but Bassil was at risk of losing its support.

"Today the FPM has no real ally other than Hezbollah, so why are you letting go of your last ally?" he said.

Bassil's party has faced growing political pressure to distance itself from Hezbollah since the country's 2019 financial meltdown.

Traditional allies in the Arab Gulf have been unwilling to provide Lebanon with aid, as they have in the past, because of what they have said is Hezbollah's grip on the country and its support for Iran-backed Houthi rebels battling Saudi-backed forces in Yemen.

The group is classified by the United States and major western nations as a terrorist group.

In Lebanon, Hezbollah has taken a hardline stance against the judge investigating the August 2020 Beirut blast, causing a row that has left Prime Minister Najib Mikati's government unable to meet since Oct 12 even as poverty and hunger worsen.

But Hezbollah remains Bassil's strongest ally. And with presidential and parliamentary elections due next year, some analysts say the FPM could be posturing.

"The FPM is stuck between a rock and a hard place today. They certainly realize that the Christian street no longer condones any form of acquiescence to Hezbollah's demands," said Karim Emile Bitar, director of the Institute of Political science at Beirut's Saint Joseph University.

"But they simply cannot afford to completely let go of this alliance because it would ruin Bassil's presidential ambitions and would certainly prevent them from getting a significant parliamentary bloc."