Partners to share in gains from focus on economic, social stability, experts say 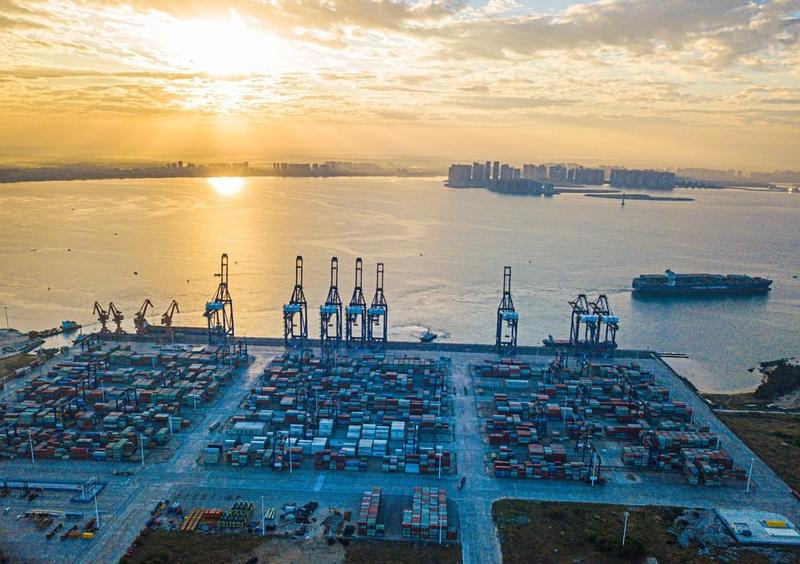 China's focus on economic and social stability is expected to benefit the rest of the world in boosting the prospects for economic recovery from the pandemic, analysts said.

They said stability is the key word in the economic plan that was laid out at the Central Economic Work Conference in Beijing from Dec 8-10.

The world's second-largest economy will prioritize macroeconomic and social stability in 2022. Seven aspects of economic work were highlighted in the plan.

They include the implementation of prudent and effective macro policies, enhancing support for innovation in science and technology, vitalizing development through opening-up and safeguarding people's well-being.

Austin Ong, a researcher at the Integrated Development Studies Institute, a think tank in Manila, said "the holistic and comprehensive approach" of China's economic policies for 2022 means that the nation is "resolute in managing the global uncertainties head on while remaining committed to its core principles of people-centered policies".

"The balancing of policy innovations and promoting stability, if done right, would create another round of impetus that would be vital for global recovery," Ong said.

Oh Ei Sun, senior fellow at the Singapore Institute of International Affairs, said China's stability is crucial for global economic development as countries seek to recover from the pandemic, given that China is the main trading partner for almost all nations.

He said China's economic plan has four key points: emphasis on high-quality development, support for small and medium-sized enterprises, promoting youth employment, and ensuring housing availability. He said these points are crucial for China's goal of attaining stability with progress.

China's GDP expanded 9.8 percent in the first nine months of the year, according to the National Bureau of Statistics. Bureau spokesman Fu Linghui said on Oct 18 at a news conference that the Chinese economy has maintained the recovery momentum, according to a report by Xinhua News Agency.

Andrew Karl Delios, vice-dean for MSc Programmes at the National University of Singapore's Business School, said China's anti-pandemic approach is one of the factors that have supported growth this year.

"China has a vibrant domestic economy which does not need a lot of foreign participation to make it work well," Delios said.

A statement released after the Central Economic Work Conference said this year has been a milestone for both the Communist Party of China and the nation. China has maintained its leading position in global economic development and epidemic control.

But the statement also said that China's economy is being pressured by shrinking demand, supply shocks and uncertainties in the external environment.

Iris Pang, chief economist at Dutch investment bank ING, said China's focus on environmental, social and corporate governance, and the application of this strategy in infrastructure development will offer opportunities for the private and public sectors.

Ong said China's economic plan synergizes the dynamism of domestic development with enhanced foreign engagement. This, he said, is another "exciting China-led innovation that will create a domino effect to the rest of the world".