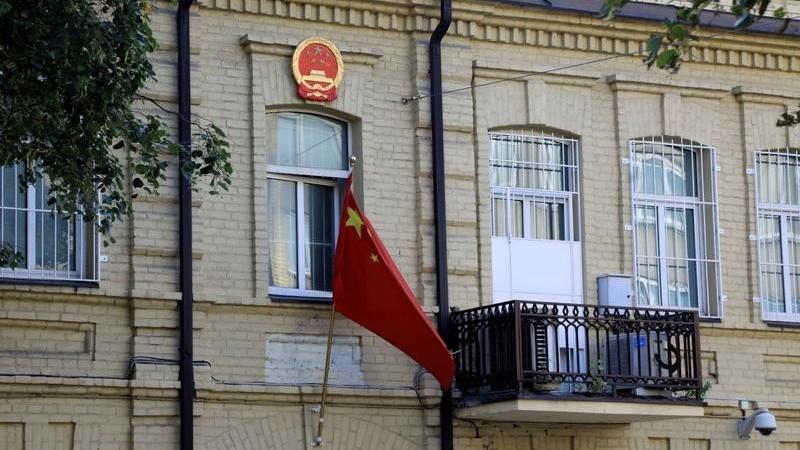 In this July 23, 2021 photo, China's national flag hangs on the facade of the Chinese Embassy building in Vilnius, Lithuania. (PHOTO / IC)

BEIJING - If certain people or forces in Lithuania insist on colluding with "Taiwan independence" separatist forces and going further down the dark path, they will eventually end up in the trashcan of history, said a foreign ministry spokesperson Monday.

Spokesperson Zhao Lijian made the remarks at a daily press briefing in response to recent remarks made by a Lithuanian official, who also noted that a senior agriculture official might lead a business delegation to Taiwan next year.

ALSO READ: Lithuania called on to correct its mistakes on Taiwan question

Lithuania openly created the false impression of "one China, one Taiwan" in the world, renounced the political commitment it made in the communique on the establishment of diplomatic relations between China and Lithuania, and violated the one-China principle, a basic norm governing international relations and consensus of the international community, Zhao said.

"The move is bound to be disdained and rejected," he added.

"It is right and just that national sovereignty and territorial integrity shall be inviolable," said the spokesperson, adding that Lithuania broke faith and stood on the opposite side of what is right and just.