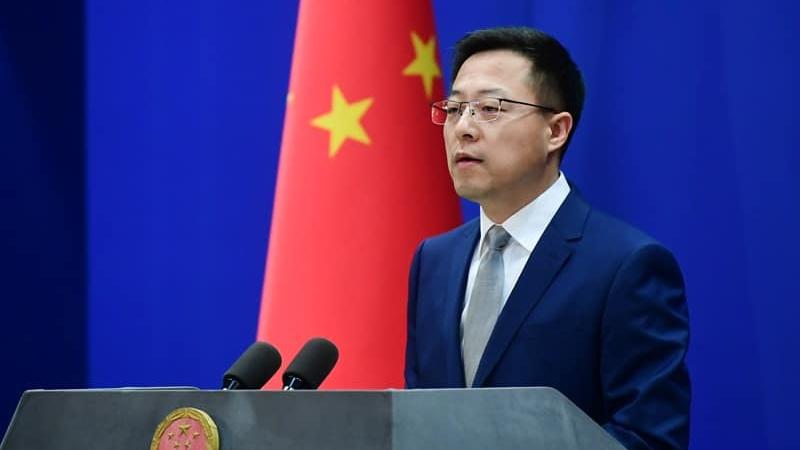 Foreign Ministry spokesperson Zhao Lijian announced the change at a daily press briefing, adding China has asked Lithuania to change the name of its diplomatic mission in China accordingly.

China's move is a legitimate counter-measure against Lithuania's damage to China's sovereignty, and the responsibility lies entirely with the Lithuanian side, Foreign Ministry spokesperson Zhao Lijian said

The spokesperson said that on Nov 18, Lithuania, disregarding China's solemn representations, allowed the Taiwan authorities to set up a "Taiwanese Representative Office in Lithuania."

READ MORE: Lithuania called on to correct its mistakes on Taiwan question

This act openly created the false impression of "one China, one Taiwan" in the world, and China decided to downgrade its diplomatic relations with Lithuania to the charge d'affaires level to safeguard national sovereignty and basic norms governing international relations, Zhao said.

He pointed out that China's move is a legitimate counter-measure against Lithuania's damage to China's sovereignty, and the responsibility lies entirely with the Lithuanian side.

"We urge Lithuania to abide by the recognized basic norms of international relations, immediately correct its mistake, and return to the correct track," he said.