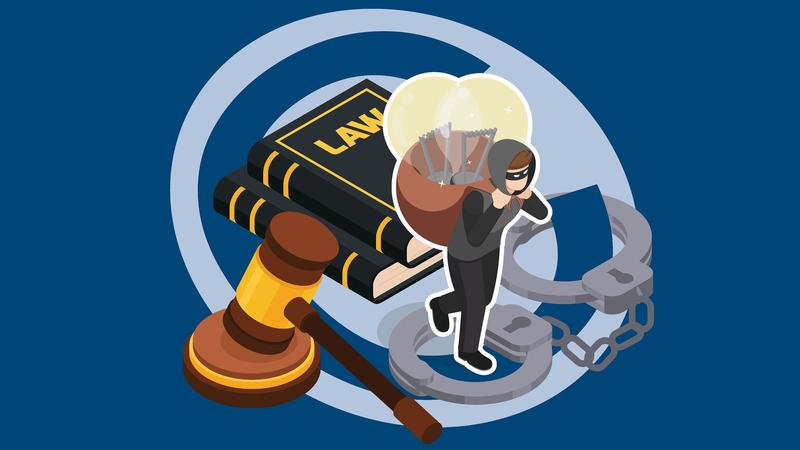 Intellectual property trading is becoming an important segment in Hong Kong’s financial services sector as the trading of goods and services accelerates in the global trading hub.

Many overseas economies aim to leverage innovation and creativity to drive economic growth, and have taken proactive efforts in keeping their copyright regimes robust and up to date.

The copyright bill should have brought the legislation up to date to catch up with the technology changes. The existing ordinance does not provide adequate protection for certain types of electronic communication.

There is also very strong demand for IP protection on the Chinese mainland. Under the 14th Five-Year Plan (2021-25), the central government pledged support for turning Hong Kong into the region’s IP trading center.

The copyright system is a key part of the intellectual property regime. Copyright effectively protects private property rights arising from original works, while allowing the public to make reasonable use of copyright works. It encourages creativity and technological development, as well as disseminating and advancing knowledge, underpinning the development of a knowledge-based economy.

In November, the Hong Kong Special Administrative Region government began three months of public consultation on a bill to amend the copyright law. The consultation is based on the Copyright (Amendment) Bill 2014, which is proposed to introduce an exclusive right for copyright owners to communicate their creative works to the public on any electronic platform. Criminal sanctions against infringements of the exclusive communication right have been initiated. This right will help tackle online piracy, including streaming, and boost the copyright protection of digital content.

The amendment also provides safe harbor provisions for limiting online service providers’ liability for subscribers’ copyright infringement acts on their service platforms, provided that the OSPs meet certain prescribed conditions. This offers incentives for OSPs to cooperate with copyright owners in combating online privacy. These safe harbor provisions strike a balance between protecting creative works for copyright owners and safeguarding the operations of OSPs, and are important in keeping Hong Kong’s copyright legislation up to date with technological developments, particularly, the internet.

The third major element in the legislative proposal is to provide new copyright exceptions for three categories of purposes: the use of copyright works for parody, satire, caricature and pastiche; commenting on current events; and quotation of copyright works. This is to facilitate online learning, the operation of libraries, archives and museums, as well as media shifting of sound recordings. 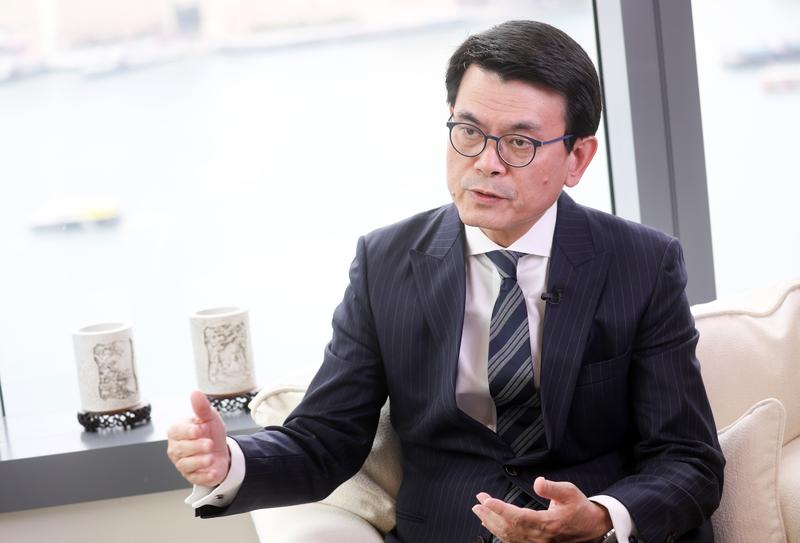 In an interview with China Daily, Secretary for Commerce and Economic Development Edward Yau Tang-wah reiterated that Hong Kong’s existing IP protection regime is trailing those of Western economies by at least a decade. Therefore, legitimate and necessary measures have to be taken for the city to catch up with IP protection legislation.

“The copyright bill should have brought the legislation up to date to catch up with the technology changes. The existing ordinance does not provide adequate protection for certain types of electronic communication. That is why it is urgent to create a communication right under the bill to protect this form of transmission,” Yau said.

“We also need to offer stronger, safer data through criminal sanctions against any sort of infringement of copyright. It is equally important to update such kind of legitimate exemption under the copyright protection as a balancing act,” he added.

The HKSAR government introduced two amendment bills in the Legislative Council in 2011 and 2014. But despite the support of the LegCo Bills Committee, the Copyright (Amendment) Bill 2014 met with filibustering by some lawmakers, forcing the proceedings to be adjourned. Meanwhile, some content creators and independent musicians were worried that the amendment would affect their freedom in creating derivative works and parodies.

Yau noted there are divergent views on the proposed amendment, but it is important they can be debated in a reasonable manner.

“I think the reason for conducting another public consultation exercise, say, for three months, is to allow each side to look at the bill in its totality. The international business community might say what they would like to see. There are also advocates of rights or groups that are concerned about the protection of various rights in our society. They may have different views, but it is most important that such views can be discussed in a fair and civilized manner,” he said.

“I think there will be different, fair and reasonable opinions that can still allow us to reach a consensus. I think, most important of all, the process has to proceed in a healthy and productive way. I am confident the amendment bill could be passed in the next Legislative Council,” Yau said.

“If the amendments are implemented, Hong Kong will be in a better position to deal with copyright infringement in the digital environment. Our current copyright laws are outdated, and the amendments are much needed to modernize Hong Kong’s copyright regime,” said Amita Haylock, a partner in the intellectual property and technology, media and telecoms group of Mayer Brown in Hong Kong.

Hong Kong has all the ingredients to be a regional IP trading hub — an international business hub with low taxes, a robust and independent legal system, an efficient administrative system, a very developed legal industry with a large pool of IP professionals and specialists in IP registration services, IP brokerages, IP insurance and IP valuation services. But industry practitioners say the city should deepen and strengthen its IP practitioner pool by focusing more on practical training rather than academic accreditation.

There is also policy support. The HKSAR government enacted the Trade Marks (Amendment) Ordinance 2020 which provides the legal basis for applying the Madrid Protocol, or System, to Hong Kong. This system provides trademark owners with a one-stop service for international trademark registration and protection, without having to go through separate applications in each jurisdiction. At present, there are more than 100 contracting parties under the Madrid Protocol.

Yet, Hong Kong cannot be complacent in cementing the IP protection regime as there is still room for improvement.

The HKSAR government should collaborate with the mainland to facilitate cross-border enforcement of IP judgments. In 2019, Hong Kong and the mainland signed the “Arrangement on Reciprocal Recognition and Enforcement of Judgments in Civil and Commercial Matters between the Courts of the Mainland and of the Hong Kong Special Administrative Region”. Nonetheless, certain intellectual property disputes are excluded from the arrangement.

“For example, judgments for damages for trademark infringement, passing off and trade dress may be mutually recognized. However, injunctions for the same actions are not. Judgments concerning the infringement of invention patents and utility model patents heard by a mainland court, as well as those concerning the infringement of standard patents (including original grant patents), are also excluded from the arrangement,” said Haylock. “Hong Kong should aim to make enforcing of IP judgments across the border as wide and straightforward as the enforcement of arbitral awards.”

Another improvement that can be made is that Hong Kong can explore with the mainland authorities the possibility of broadening the Patent Cooperation Treaty to cover the original grant patent system. This would accelerate the examination of the patents under the system and allow for better protection of these patents on the mainland.

“One weakness is Hong Kong’s relatively nascent patent profession since the original grant patent system was introduced recently. More focus could be given to growing the patent profession in Hong Kong. In my view, this needs more than an original grant patent system. Giving patent practitioners the ability to file directly on the Chinese mainland would be a good step in this direction,” said Edward Chatterton, co-head of DLA Piper’s intellectual property trading practice in Asia.

In June, Hong Kong granted its first-ever standard patent by original grant based on the new patent system launched in December 2019, bringing Hong Kong’s IP protection regime in line with mainstream practices in the world. This allows applicants to apply directly for a standard patent and seek standard patent protection with a maximum term of 20 years, in parallel with the existing re-registration system. As applicants do not need to first register their patents outside the city, this can help spur more patent applications in the city.

Experts also urged the government to consider the technology factor in order to fortify the city’s IP trading hub status.

In Haylock’s view, Hong Kong’s greatest challenge in cementing itself as an IP trading center lies in its difficulty in fostering innovation within its borders. The development of Hong Kong’s innovation and technology industry has been relatively slow, compared to neighboring cities like Shenzhen, Seoul and Singapore.

“Blockchain and non-fungible tokens are very popular at the moment, but both represent the future and also create a myriad of IP issues. There is an opportunity for the government to set up a policy framework to support the application and exploitation of IP within blockchain technologies and in relation to non-fungible tokens. This would not only place Hong Kong at the cutting edge of IP developments, but also augment the city’s position as an IP trading hub,” said Chatterton.

Signing more comprehensive double taxation avoidance agreements with other jurisdictions is helpful in drawing more overseas firms to conduct IP-related activities in Hong Kong. As of May, the HKSAR had signed 45 comprehensive DTAAs with other regional economies, including the mainland, Japan and South Korea, as well as Switzerland and the United Kingdom. Negotiations on similar arrangements are continuing with another 12 jurisdictions.