Peking Opera heads to the movies 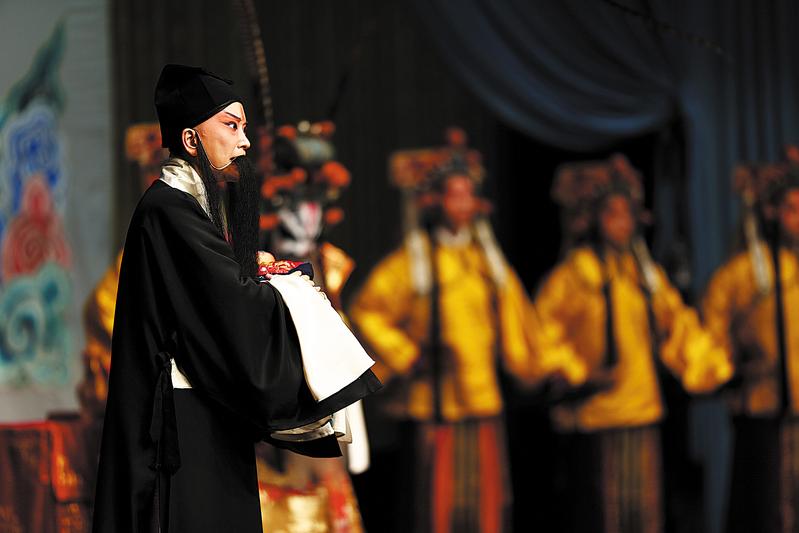 Wang Peiyu, a 43-year-old Peking Opera actress, spends most of her working life immersed in the past, depicting characters from time-honored stories of the art form.

She wears heavy makeup and takes on male roles while performing, and she also appears on television shows and videosharing websites to promote this form of opera and to share knowledge about it.

There are two kinds of people in the world — those who love Peking Opera and those who don’t know they love it yet. My job is to let the latter know about the genre and for them to fall in love with it

A combination of singing, dancing, acrobatics and martial arts, Peking Opera, or jingju, is more than 200 years old and was declared Intangible Cultural Heritage of Humanity by UNESCO in 2010.

Like many traditional art forms, it has been challenged by contemporary entertainment and is losing followers, especially among the younger generation.

Wang, one of the most popular Peking Opera artists in China, whose shows sell out fast and who has millions of followers on social media, has been trying to revive and keep the genre alive, especially among young audiences.

The traditional work Sacrifice, featuring Wang in the lead role, has recently been adapted into a movie of the same title, which premiered in Shanghai on Oct 28 and is being screened at more than 400 cinemas nationwide.

Speaking before the premiere, Wang said, "It's a good time to be a Peking Opera actress, because there are a number of ways to perform for audiences－in theaters, on TV and now in cinemas.

"It's fascinating to watch myself performing in Sacrifice. This work is very old－much older than the audiences who come to watch it. I feel thrilled to bring it alive in the cinema."

On Dec 12, the movie will be brought to audiences in the United Kingdom and the United States by Virtual Circle, a newly established online concert and event livestreaming platform.

For audiences new to Peking Opera, the movie offers an insight into the art form.

Set in the Yuan Dynasty (1271-1368), Sacrifice is based on the classic Chinese tragedy The Orphan of Zhao. It tells the story of Cheng Ying, who sacrifices his baby son to replace the only survivor and heir of a persecuted family. Cheng then raises the heir as his own son, only to reveal the truth when the young man grows up and seeks revenge.

Wang said the story is typical of Peking Opera, as it delivers a sense of positivity through strikingly different characters.

"The contrast between good and evil is not only entertaining but also educational. It highlights traditional Chinese values," she said.

In 1947, Meng Xiaodong (1908-77), a celebrated actress renowned for her clear voice and command of male roles, adapted the work, playing the part of Cheng Ying. 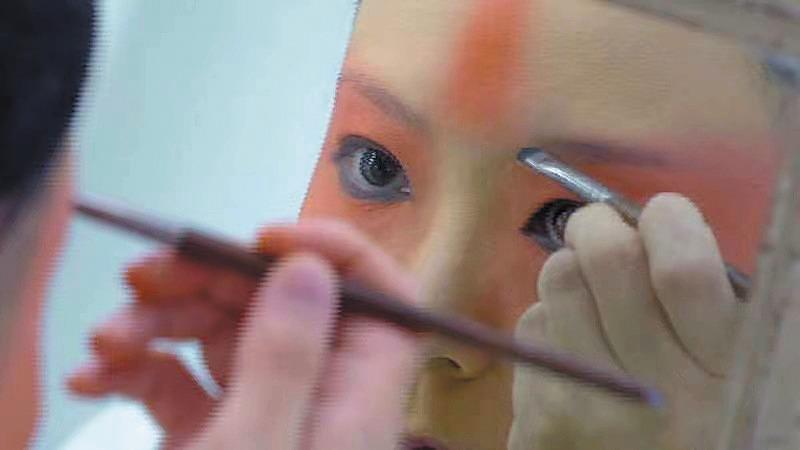 Wang is aiming to follow in the footsteps of these masters. Born and raised in Suzhou, Jiangsu province, she began her Peking Opera training when she was in middle school. She follows the performing style of Yu Shuyan (1890-1943), which is known as Yu School.

When she was 14, Wang played Cheng Ying for the first time in Sacrifice, and since then, it has become one of her best-known roles.

On Sept 8, 2018, filming of Sacrifice was completed at the Grand Theatre of China in Shanghai. On that date in 1947, Meng performed the role of Cheng Ying at this venue. After the performance, she announced her retirement from the stage.

Wang chose Sept 18 to complete shooting of Sacrifice as a tribute to Meng. She said the late actress' portrayals of Cheng Ying were inspiring and important to her when was training to become a Peking Opera performer.

Italian filmmaker Marco Muller, who attended the premiere of Sacrifice in Shanghai, said: "The movie version is full of new ideas and is very creative. I'm highly impressed."

Wang added that the film is true to the traditional work, adding that it complements the art form well and that audiences should head to theaters to enjoy the production.

Now a leading performer with the Shanghai Jingju Theatre Company, Wang has launched the Yuyin Society, a club for children and adults interested in Peking Opera.

"There are two kinds of people in the world－those who love Peking Opera and those who don't know they love it yet," she said. "My job is to let the latter know about the genre and for them to fall in love with it."

Li Congzhou, CEO of Beijing company ATW Culture, which distributed Sacrifice, said the live atmosphere of the stage, with its connection between actors and audiences, has been depicted in the movie as closely as possible to a real theatergoing experience, with the help of high-definition technology.

The genre is no stranger to the cinema. Dingjun Mountain, the first Chinese movie, which was released in 1905, includes a Peking Opera excerpt.

Movies featuring the art form were popular in the 1960s and '70s, but they began to take a back seat with the arrival of more-diverse forms of entertainment. Peking Opera masters, including Mei, Zhou Xinfang and Cheng Yanqiu, starred in films that have become valuable material for researchers. 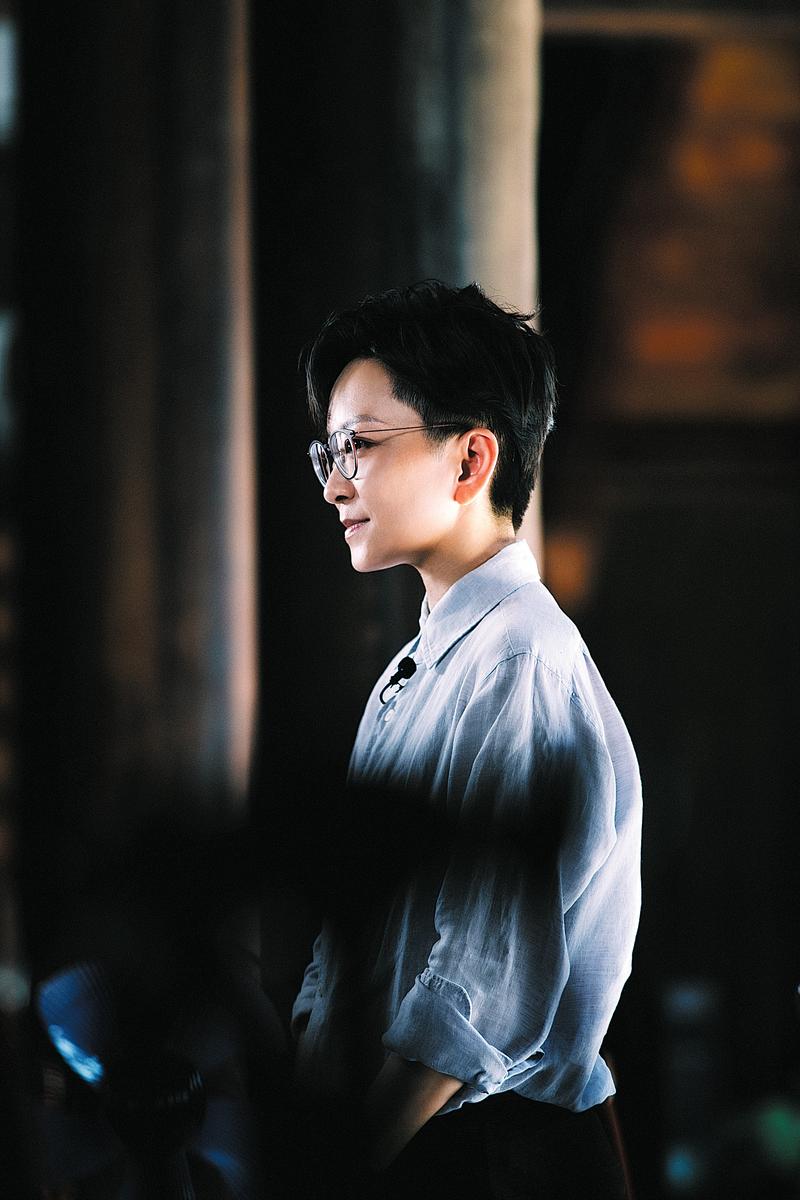 In recent years, some movie production companies have made Peking Opera films, triggering increased interest in the topic.

In December, during the COVID-19 pandemic, the Ministry of Culture and Tourism issued a notice aimed at promoting the high-quality development of the digital culture industry, suggesting that theatrical productions of traditional Chinese operas be encouraged to develop and innovate.

During the National Day holiday last month, the ministry helped organize a weeklong event in Beijing to showcase such operas. The event attracted 23 art troupes, and more than 240 shows were staged. It was attended by nearly 80,000 people, while online audiences of more than 20 million watched the shows on livestreaming platforms.

China Pingju Opera Theater, which is dedicated to Pingju Opera, was among the art troupes performing at the event. This ancient art form, which originated in Tangshan, Hebei province, during the latter years of the Qing Dynasty (1644-1911), is popular in northern China.

Hou Hong, vice-president of the theater company, said, "For years, we've been trying to figure out ways to popularize traditional Chinese operas, and we've achieved that goal through online programs."

In addition to livestreaming shows, the company gives livestreamed lectures about Pingju Opera every week.

"We started our online programs early last year after the pandemic hit, but we had no idea about them, as we staged all our shows in theaters," Hou said.

"We quickly gathered together our artists and trained our staff members to learn about the technology. It's a big challenge combining traditional Chinese operas and short videos, which have their own rhythm."

The theater company gradually mastered the art of designing online programs by training performers at home each day and through rehearsals with bands.

"Surprisingly, our fan base is growing among young people, who are major users of mobile phones," Hou said. "Now, after more than a year, launching online programs has become our new normal."

China Pingju Opera Theater has made short videos telling these stories through classic works such as Flowers as Matchmakers, which was adapted into a movie in 1964 featuring veteran actresses Xin Fengxia and Zhao Lirong.

The film was a big success and is one of the best-selling productions in the company's repertoire.

One of the most popular movies posted by the theater on the short-video app Douyin featured Pingju Opera actress Zhang Qi in full makeup and costume conveying emotions such as hesitancy, suspicion and contempt.

Actress Wang Jing, 39, said: "It's fun to read messages posted online by audience members. Many of them are young people who have never watched Pingju Opera performances in theaters."

Wang Jing, who has performed with China Pingju Opera Theater since 2002, has been attempting to familiarize more audiences with the ancient art form through online programs.

"It will be great if we can develop an interest in these audiences while better demonstrating the cultural significance of traditional Chinese operas to moviegoers," she added.